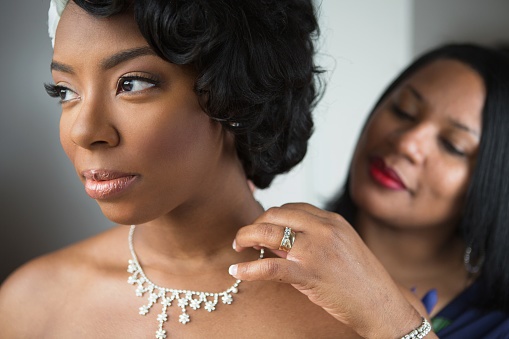 Usually, it's a friend or acquaintance who runs off with the groom, however, in this unusual turn of events, it's the bride's mother who did the unthinkable.

Lauren Wall, who is now aged 34, met her ex-husband, Paul at the age of 19, and he was a year younger. The pair met at a local pub, where Paul asked for Lauren's contacts.

"The next day he texted asking to go on a date to the cinema. We started going out straight after that," Lauren told Daily Mail. Lauren fell pregnant shortly after, and their daughter was born in March 2004.

Five months later, the pair got married, and Lauren's mother Julie, now 53, spent £15,000 (R283 000) for the wedding. After the wedding, the newlyweds went to honeymoon, along with Julie in Devon.

"Paul always got on well with mum. I never thought it was strange though, as she was his mum-in-law and he was being friendly. They'd laugh a lot together. I didn't think to be worried at all. Who would?" she says.

Shortly after the honeymoon, Paul started acting strangely and became protective of his phone. Then one day, Lauren’s sister was using her mother’s phone and found text messages that were between Julia and Paul.

READ MORE: With only 3 weeks to plan #KFCWedding, Precious the Planner curated a dreamy affair, even after some sponsors pulled out

When Lauren confronted her mother, she denied it and asked her if she was crazy.

“When I confronted Paul, he went white as a sheet – and refused to let me see his phone,” Lauren says. Days later, Paul took off his ring and left Lauren and their 7-month-old daughter.

This was the end of their two-month marriage.

After Paul left, Lauren heard rumours that Paul had moved in with Julie and that she is pregnant with his child. "When I saw her in the street and noticed she had a bump, my mind raced. She clutched her stomach and told me, 'It's a cyst'. I felt so sick, I went home and destroyed all the photos of our wedding," Lauren says.

"She tried to claim the father was another boyfriend, but I knew the truth. Paul and mom officially announced themselves as a couple that summer, and my world crumbled," she says. Lauren divorced Paul and in July 2005, Julie gave birth to her baby with Paul.

READ MORE: A couple uses money donated to fund their wedding to go on holiday, here’s why this and other 2019 weddings were cancelled

Lauren and her mother tried to rekindle their relationship. Julia has sent Lauren a letter apologising. Paul, however, never apologised.

Paul still lives with Julie, who commented about the family drama saying, "We are married. We didn't have an affair. We are married, and that's it."

Lauren has found herself a new partner and is pregnant with her fourth child.

Would you forgive your mother? Tell us here.

We live in a world where facts and fiction get blurred
In times of uncertainty you need journalism you can trust. For 14 free days, you can have access to a world of in-depth analyses, investigative journalism, top opinions and a range of features. Journalism strengthens democracy. Invest in the future today. Thereafter you will be billed R75 per month. You can cancel anytime and if you cancel within 14 days you won't be billed.
Subscribe to News24
Related Links
This maid of honour intentionally ruined her best friend’s wedding, here's why she doesn’t regret it
From blaming the wedding planner for the weather to yelling at her 4-year-old flower girls, this...
Bride gets married without her parents, they were 15 minutes late after a car crash on the way to...
Next on W24
PHOTOS | An Uber, a double-decker bus, and a cupcake stand - budget bride ditches tradition