2020 NAACP Image Awards: A display of black excellence and style that we can also celebrate in SA Yes, black women are indeed taking up space, just as Miss Universe 2020, Zozibini Tunzi, recommended. The 51st Annual NAACP Image Awards presented by BET, which took place over the weekend confirmed this, and with each award scooped by a black woman, Janet Mock's words (above) couldn't help but echo in my mind.

This is especially because we've had a long 2020 awards season where black talent has been getting snubbed by academies. With the exceptions of Lizzo, Regina King, and Michelle Obama's Grammy for Becoming, awards handed to black people have been a mere sprinkle.

But the NAACP Image Awards have not only changed that, but also proven that there is, in fact, a goldmine of black talent that deserves their unyielding applause.

"It's such beauty in black people and it really saddens me when we're not allowed to express that pride in being black," are the words uttered in Solange's Tina Taught Me from her 2016 album, A Seat at the Table. One can't help but notice that there is a beautiful wave of black pride gaining more and more momentum with each of the awards black women walked away with this weekend.

When even 8-year-old Blue Ivy Carter won an award in the 'Outstanding Duo, Group or Collaboration' category, it does inspire faith in the future of what black recognition will look like in years to come. According to Variety, her mom, Beyoncé, bagged six awards out of a staggering eight nominations. Again, Lizzo took home a handful of wins, while 14-year-old Marsai Martin also proved to be a heavyweight to watch out for, taking home four awards.

READ MORE: 14-year-old Marsai Martin is Hollywood's next big thing and she has the style to go with it

Lupita Nyong'o, Tracee Ellis Ross, Rihanna (a President's award for her philanthropic work), Niecy Nash, Angela Bassett, Jada Pinkett Smith, and Kelly Rowland all received awards. These served as small, yet significant reminders of the time when the black women cast members of Hidden Figures - a biographical drama about African-American woman mathematicians - bagged a Screen Actors’ Guild award for ‘outstanding cast in a motion picture’, giving us reason to cry tears of joy albeit it being something we have been able to celebrate many awards ceremonies ago.

One is also reminded of the 2017 awards season when the likes of Viola Davis, Tracee Ellis Ross, Taraji P. Henson and Mahershala Ali scooped up awards, somewhat ushering in a new wave of black excellence for the world to celebrate relentlessly.

These moments also inadvertently has gave people on the come-up hope that they too have a chance to earn a seat at the table. This was the same awards season where Viola Davis' Oscar win made her the first black star to have an Emmy and a Tony along with her Oscar award.

Moreover, Mahershala Ali of Moonlight became the first Muslim actor to win an Oscar - this therefore meant that this was literally the first time African Americans won in both their respective categories within the same year. Indeed an Oscar night of many firsts... and lasts evidently.

Now you might be thinking to yourself, "why do we need U.S. stars to convince us of our own merit and brilliance?". However, witnessing a room full of a demographic that has been snubbed so many times before finally getting their flowers watered so that they may continue to bloom, is a global experience.

Even you may have lived this reality in your own local pockets of either fighting or waiting for recognition whether it be in the boardroom or an influencer campaign for a brand that's never had a person of colour front them before. Think of Pearl Thusi's recent collaboration with global cosmetics brand M.A.C, which now renders her the first-ever African face to be handpicked for such a collaboration.

So moments such as these make you appreciate the fact when black people recognise each other’s stories we win in a big way because from black pride stems black excellence. Again, this is not to say black people never saw the greatness in each other before, but perhaps our soft applause was always lost somewhere in the midst of the loud white cheer of the Oscars, Emmys, and sometimes even the Grammys.

And yes, the NAACP Image awards are presented by BET - Black Entertainment Television - so you might opine that it's a given that black people are going to win regardless. But the fact that we create such spaces for us, by us, speaks to something beyond mere demographics. It says black people deserve to be more than just tokens, where they're afforded titles such as "only black" or "first black" in lily white surroundings, where if we didn't know any better, we would say have a "quota" on black success.

READ MORE: Naomi Campbell slams fashion shows for using her as a ‘token’

Should we only have such a small handful of elite black names to reference or just a handful of awards ceremony, though? Are successful black people still that much of an anomaly or are we still just pinching ourselves to see if it’s really for real?

Perhaps it’s the fact that the burden of blackness is still a heavier weight we carry on our shoulders than the gold plated statuettes those who represent us on world stages carry.

Every black victory is a chance to forget the centuries’ long oppression (even momentarily).

We applaud not only the international title winners, but also the black PhD graduates, black magazine cover stars who fill news stands in our grocery stores, black business owners, and black designers making history in the fashion industry that is still so white and European. It can therefore truly be said that black excellence is what happens when black people stop waiting on the table and actually take their rightful seat at it, especially when they do so in style.

That said, here are the red carpet looks we loved at the NAACP image Awards: 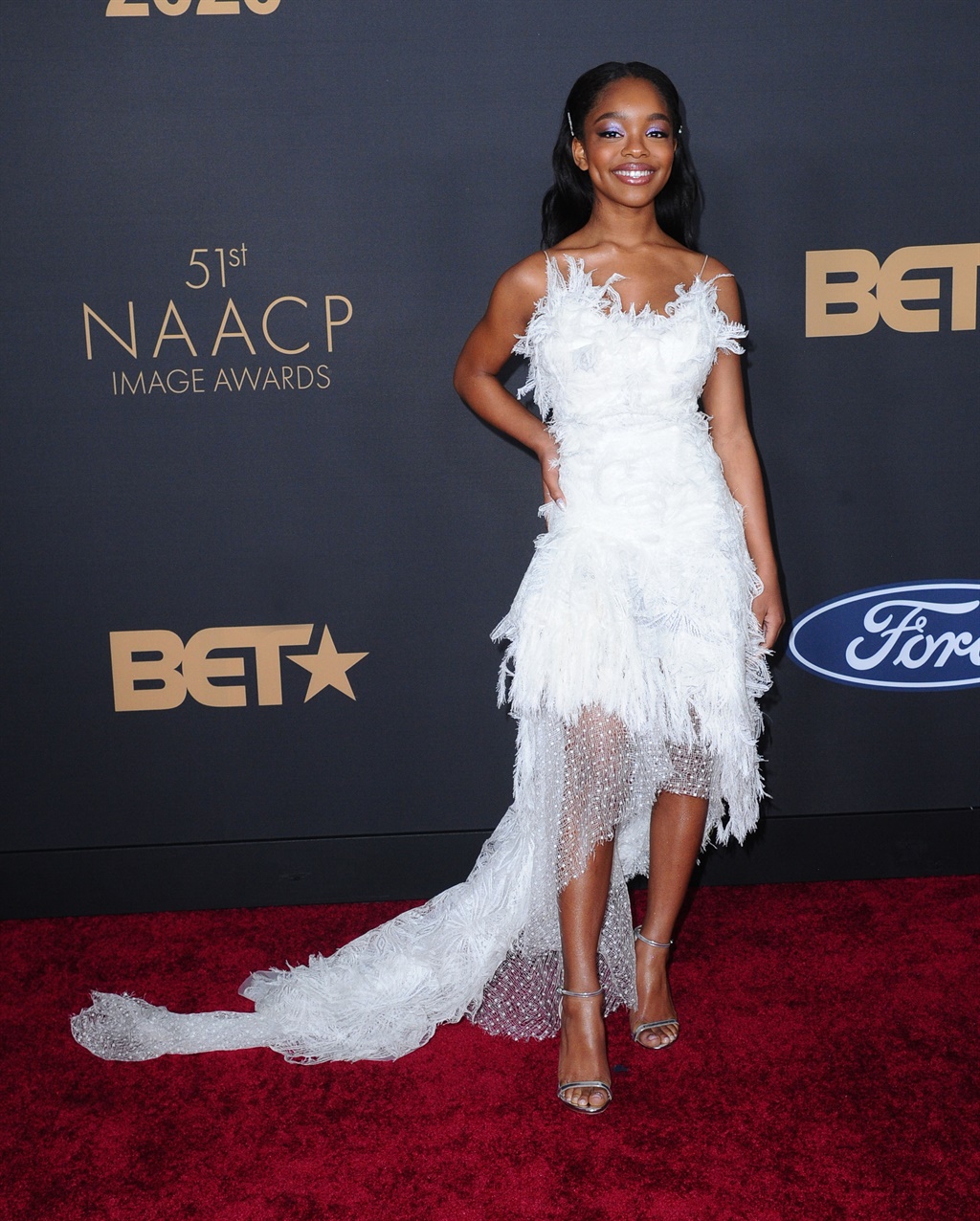 Yara Shahidi and her mom We live in a world where facts and fiction get blurred
In times of uncertainty you need journalism you can trust. For 14 free days, you can have access to a world of in-depth analyses, investigative journalism, top opinions and a range of features. Journalism strengthens democracy. Invest in the future today. Thereafter you will be billed R75 per month. You can cancel anytime and if you cancel within 14 days you won't be billed.
Subscribe to News24
Related Links
Why you shouldn’t only read books that feature white characters
Here's a list of the 'first black women' that made history this year
Meet the first black woman set to become a bank owner in South Africa
Next on W24
These BET Awards looks remind us why risqué will never be out of style