Michelle Obama at the 2017 ESPYS at Microsoft Theater

Former U.S First Lady Michelle Obama turned a year older on 17 January, celebrating 55 years of success, grace and gravitas. Michelle, a role model to many, published her memoir Becoming just in time for this birthday, which could also be pretty much considered a milestone.

It's on this book tour that we've been reminded of her inimitable style DNA, which has been deliberately and carefully produced by her stylist and wardrobe advisor Meredith Koop over the years.

During her tenure as FLOTUS, Michelle's wardrobe consisted of modest pieces that could sometimes be described as corporate, yet still worthy of a unanimous nod to her sartorial acumen.

These were the best getups that came out of Michelle Obama's White House era:

"Suited for each other"

Whenever the Obamas made an appearance, the world not only took news notes, but style notes too.

But this isn't about Barack (we still appreciate him, though) - it's about these three looks: Former US President George W. Bush and Laura Bush with former President Barack Obama and Michelle after the swearing in of Obama as the 44th President of the US
Getty Images 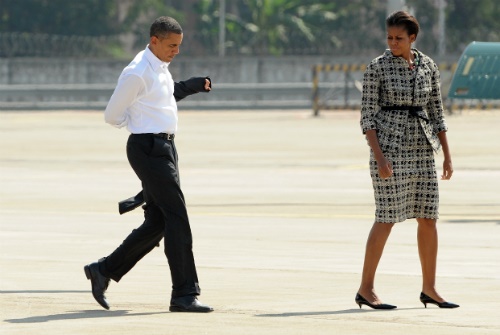 From daytime to evening, Michelle knows how to wear dresses as though she invented them. 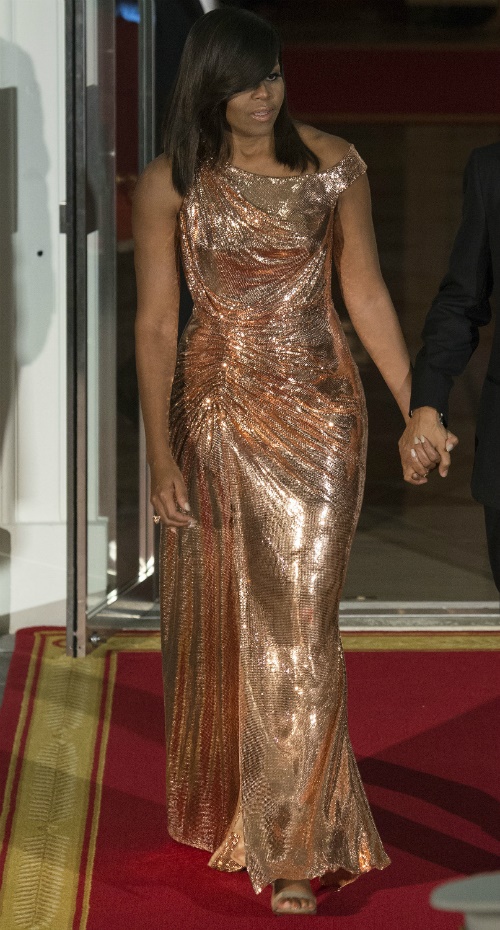 In a Cushnie et Ochs dress to mark her first appearance since leaving the White House, 2007 Making a democratic fashion statement in a Tracy Reese dress, 2017

Stylist to former FLOTUS Meredith Koop's Michelle collages are one of the best things on Instagram right now. These are three of our favourites.

And then that Balenciaga boots moment that catapulted her 2018 style diary...

That's a wrap! When I think about all the people who have come out to our events over these past few weeks, I think about a little working-class kid named Michelle LaVaughn Robinson—an ordinary girl who had some tales to tell, some failures and some successes, too. She had a lot to learn, a lot to experience, a lot to give—more than she ever could have imagined. I’ve spent a lot of time thinking about my story lately, and what I keep coming back to is that no matter where we came from, we all share so much. People of all backgrounds, skin colors, and political persuasions can relate to feeling uncertain or overwhelmed. We’ve all been a little frustrated by the slow, frustrating growth necessary to get where we want to go. We’ve all struggled with the balancing act that can take over days, years, or decades of our lives. And I want us all to remember that these are the moments and lessons that make us who we are -- every little twist and turn, every little bump and bruise, and ultimately every joys and every triumph, no matter how large or small. So I hope all of you believe in your story. I hope you recognize that what you see as a weakness might actually be a strength. I hope you recognize the power of your voice. And I hope you remind yourself that there isn't one right way to be an American. There isn’t one way to make your contribution in this country. So thank you all for your part of our story. Thank you for being who you are. And to everyone who’s read my memoir, or come to one of our events, or posted something online, thank you for being on this journey with me. Thank you for helping me continue to become. I hope my story can serve as a boost in your own process of becoming, too. I love you all. #IAmBecoming

We live in a world where facts and fiction get blurred
In times of uncertainty you need journalism you can trust. For only R75 per month, you have access to a world of in-depth analyses, investigative journalism, top opinions and a range of features. Journalism strengthens democracy. Invest in the future today.
Subscribe to News24
Related Links
Taking a look back at Kate Moss' most iconic fashion looks
"I've sat at every powerful table you can think of - they're not that smart" - Michelle Obama on...
Michelle Obama shares details about marriage and independence in her memoir, Becoming
Next on W24
Paris Fashion Week IRL - Dior, Chanel, Valentino and Fendi among luxury houses to showcase