Despite a virtual ceremony, BAFTAs off-site red carpet looks were nothing short of allure and charm It's been a fascinating awards season of virtual (off-site, if you prefer) red carpets.

It seems even somewhat incorrect for us to still be referring to a "red carpet", when what we're really getting - week after week - is a series of Instagram galleries.

But even so, it's still worth commending celebrity stylists and designers for making sure awards nominees and presenters continue to wow us at a time when fashion has become more practical than pulchritudinous.

READ MORE: ICYMI - No red carpet, but the best SAG Awards looks were as theatrical as the stars wearing them

The BAFTAs were no different, as British film bigwigs showed out in the finest threads. More than fit-to-form gowns, the prevailing trend of the evening appeared to be remarkable jewels.

Another takeaway we got from this red carpet is that Louis Vuitton's Nicolas Ghesquière doesn't rest. 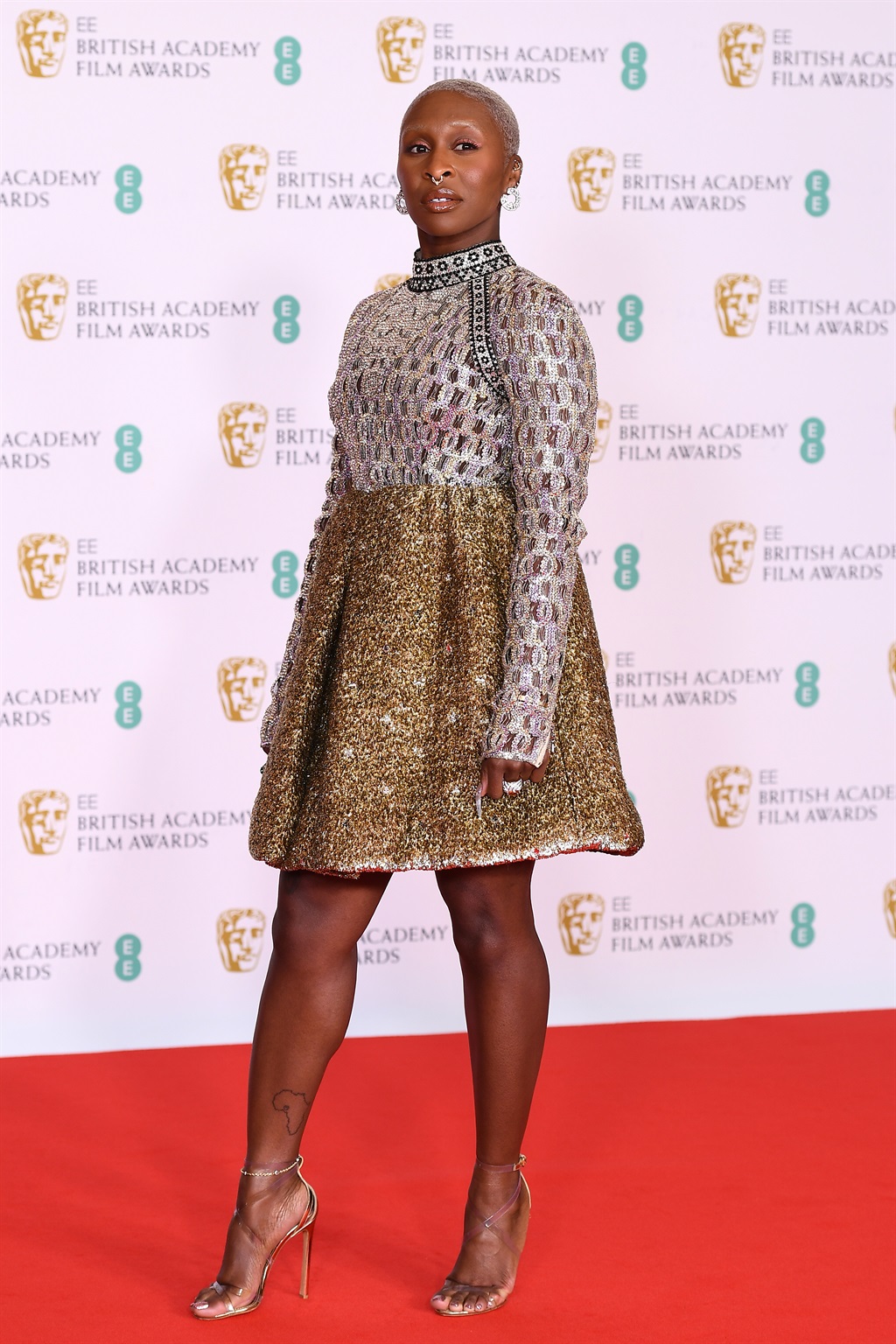 Nominee for Best Actress in a Supporting Role in "Rocks", Kosar Ali, was all decked out in Alexander McQueen - wearing a cropped tailored jacket in ivory wool silk and a shredded dress in layers of ivory tulle with a brooch embellished headscarf and antique gold and silver metal jewellery.

Complete with Chopard jewels to pick up her "EE Rising Star" award. Nominated for best actress in a leading role for "His House". The singer performed "Hear My Voice" from Best Film nominee "The Trial of the Chicago 7". Nominated for best actress in a supporting role for "Calm With Horses" was captured in Cape Town in her award show look. Emerald is the winner of best original screenplay and outstanding British film for "Promising Young Woman". Screenwriter and Playwright Theresa Ikoko was nominated for Outstanding debut by a British writer, director or producer, Best British Film and Best original screenplay for "Rocks". We live in a world where facts and fiction get blurred
In times of uncertainty you need journalism you can trust. For 14 free days, you can have access to a world of in-depth analyses, investigative journalism, top opinions and a range of features. Journalism strengthens democracy. Invest in the future today. Thereafter you will be billed R75 per month. You can cancel anytime and if you cancel within 14 days you won't be billed.
Subscribe to News24
Next on W24
PHOTOS | Celebs step out in style at the MTV Movie & TV Awards