Fashion icon: Jackie Kennedy's pink suit from the day her husband got assassinated will be locked away for 100 years, and may never be available for public viewing The former First Lady said she has received nearly 800,000 letters of condolence and that all of them would be placed in the President Kennedy Memorial Library at Charles River, Mass

No one wakes up thinking that the outfit they so meticulously picked out for a merry occasion will later be splattered with the blood of a loved one on the same day.

A morbid thought, but this was Jackie Kennedy's reality when her late husband, John F Kennedy - the 35th president of the United States - was assassinated on 22 November 1963 while walking right beside her.

It is reported that the former First Lady and late fashion icon remained in her bloodied double-breasted tweed suit until the early hours of the next morning after the tragic incident despite being urged to change. She insisted, "Let them see what they have done."

In the image below, President and Mrs. Kennedy, are seen carrying a bouquet of red roses, moving down the reception line on November 22nd, shortly after their arrival in Dallas, Texas. Mrs. Kennedy is wearing the now archived pink suit with a matching hat. Hours later, the President was assassinated. According to People, in 2003, 40 years after the assassination of her father, Caroline Kennedy donated the suit to the National Archives, requesting that it not be displayed "in order not to 'dishonor the memory' of her parents or cause any grief or suffering to members of their family."

READ MORE: Princess Diana's unwashed gym sweater sells for over R700K at auction - how much would you spend on your style icon's item of clothing?

People Magazine also reports that the watermelon pink suit previously mistaken for Chanel, was actually a "line-for-line copy from a New York shop Chez Ninon, which was approved by Chanel in France, according to Justine Picardie’s 2010 biography of Chanel."

The suit won't be made available for viewing until at least 140 years since JFK's death... if ever. In 2103, the Kennedy family might reconsider opening up the suit for viewing.

This is how the suit is currently preserved at the National Archives and Records Administration's (NARA) College Park facility:

It is located in a secure area, under climate-controlled conditions, and stored flat in special containers for preservation purposes.

Caroline B. Kennedy donated the suit to the National Archives through a deed of gift, signed in 2003 The deed states that the clothing and personal effects "should be deposited, safeguarded, and preserved in the National Archives of the United States as materials of historical importance, and "the family further desires to ensure that the materials never be subject to public display, research, or any other use that would in any way dishonour the memory of Mrs. Kennedy or President Kennedy, or cause any grief or suffering to members of their family."

Therefore access to the clothing and personal effects of Mrs. Kennedy are restricted for one hundred (100) years from the date of execution of the deed of gift.

And now we look at how other late fashion icons have been commemorated through their clothes: In September, Tory Burch looked to one of the most important fashion icons of the 20th century for inspiration at New York Fashion Week: Princess Diana Spencer.

Watch a snippet from the show here.

In 2017, after the 20th anniversary of Princess Diana's death, she was celebrated at Paris Fashion Week by Off-White designer Virgil Abloh.

READ MORE: The Princess Diana-inspired clothing collection moved us deeply. Here's where to shop the look

And earlier this year, an unwashed sweater once owned by the People's Princess sold for $53,532 dollars (approximately R740 000) at an auction.

THE QUEEN is still THE QUEEN in 2015. #tbt #ArethaSings

Legendary singer Aretha Franklin, who passed away in 2018, had more than 30 of her dresses and her accessories shown in Los Angeles by Julien's Auctions before they were sold in November last year. 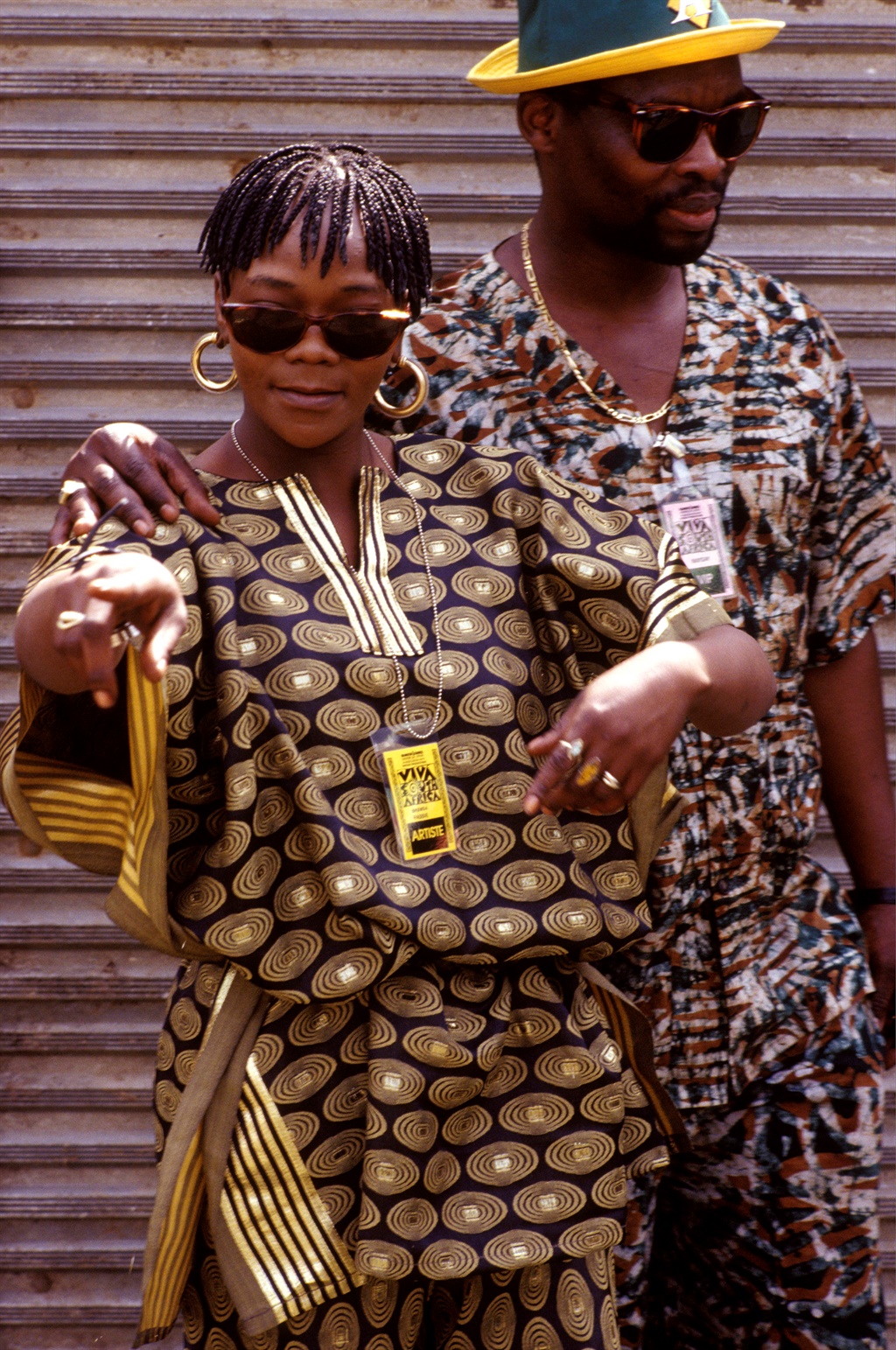 South Africa's first-ever pop icon, MaBrrr, passed away in 2004. She was well-known for her sultry performance outfits that ruffled feathers in a conservative SA environment, yet still, many women wanted to be and dress like her.

It is not publicly reported where her costumes are archived, but Brenda's memory lives on through a bronze sculpture made by Angus Taylor outside the Bassline music Venue in Newtown, Johannesburg. This statue is one of 40 memorial art works placed by the Sunday Times around the country to celebrate its 100th birthday, and to promote national identity.

We live in a world where facts and fiction get blurred
In times of uncertainty you need journalism you can trust. For only R75 per month, you have access to a world of in-depth analyses, investigative journalism, top opinions and a range of features. Journalism strengthens democracy. Invest in the future today.
Subscribe to News24
Related Links
Princess Diana stopped wearing Chanel after Prince Charles split - here's what other women...
Olivia Newton-John's iconic figure-flattering Grease costume fetches over R5,9 million at auction
How archive designer garments are stored, plus storage tips to help your clothes last longer
Next on W24
Classic evening couture gowns reigned supreme on the Emmy Awards red carpet