Rihanna at the Metropolitan Museum of Art on 7 May 2018 in New York City. (Photo by Jackson Lee/Getty Images)

Since the pandemic was declared in early 2020, we weren't able to enjoy red carpet ceremonies like we used to, but we can at least relish in the history of what we used to delight in.

Not only have pictures graduated to HD and vivid colour since the first red carpet moment, but we have seen meat dresses and real-time wardrobe changes courtesy of Lady Gaga, garments so heavy with embellishments they weighed as much as a small human as seen on Rihanna and other stars, motorised crystal curtains as seen on Billy Porter – who has singlehandedly revolutionised what a red carpet moment looks like, and a few of us missed Zendaya's Cinderella moment, the one where her gown lit up so bright she feared she would be set on fire. 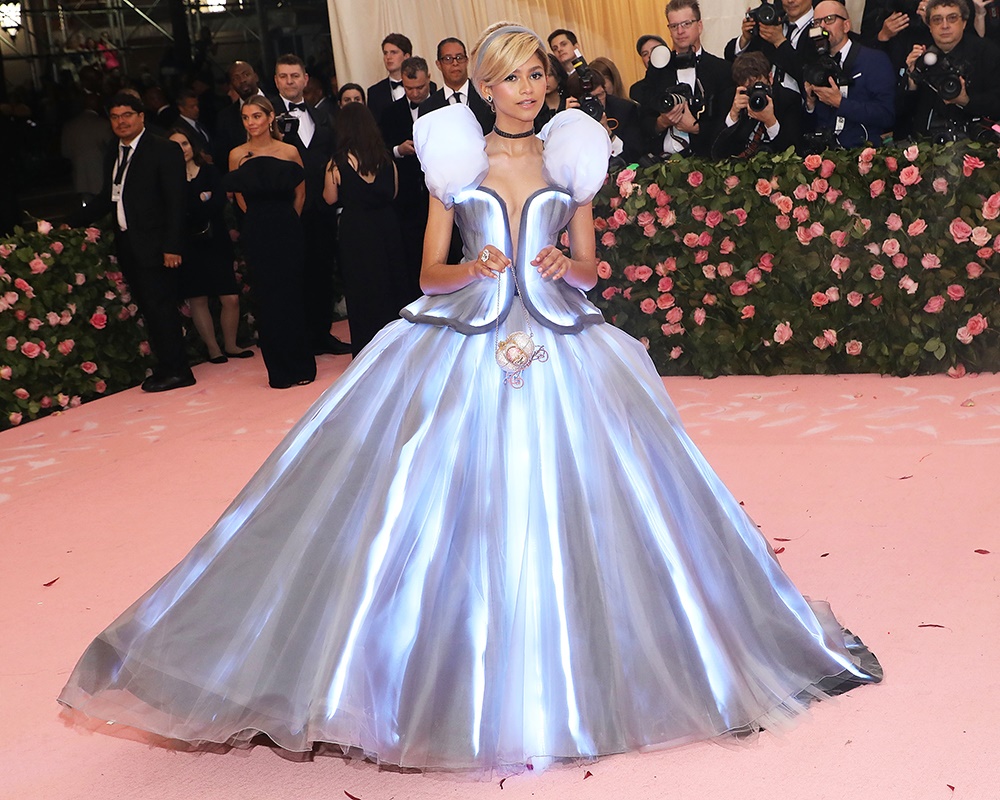 Zendaya attends the 2019 Met Gala celebrating Camp: Notes on Fashion at The Metropolitan Museum of Art on May 6, 2019 in New York City. Photo by Taylor Hill/FilmMagic 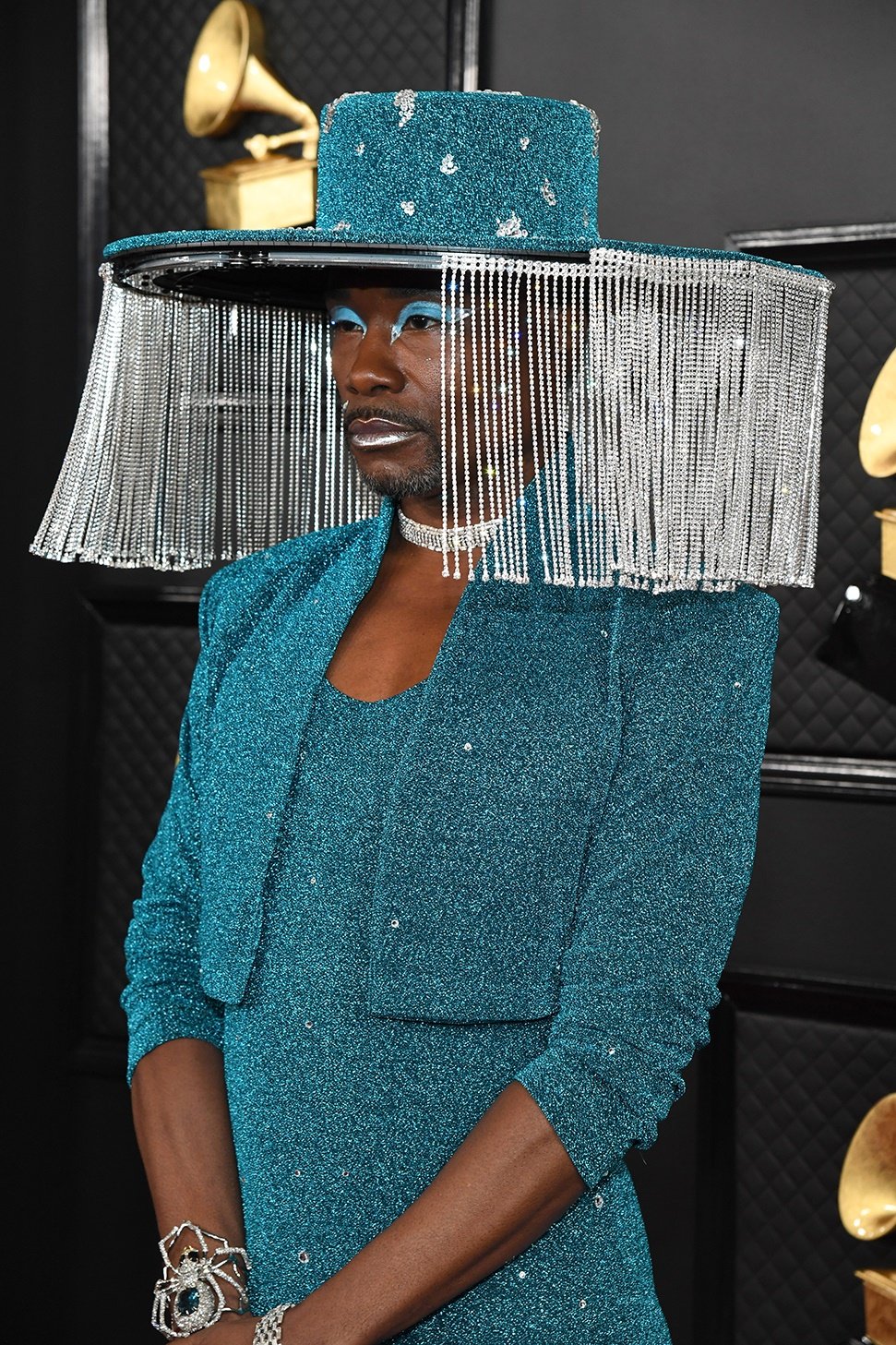 In 2020 we can no longer enjoy the grandeur of these kinds of "fashion statements", if you will. The side effects of the global pandemic have us seeing global stars posting pictures of their award-evening looks, taken from their living rooms or home pools, if you're as creative as Marsai Martin.

But what is it that we are mourning here? Where did this ceremony-before-the-ceremony start? How did the red carpet walk become fashion's calendar highlight – second to actual fashion events?

According to the video that sparked this topic by Watch Mojo, the tradition of important people walking on crimson-hued carpets goes back to the fifth century BC. In the play Agamemnon, penned by Greek tragedy writer Aeschylus, the story's hero comes back from Troy and his wife Clytemnestra offers him a crimson path to walk on. He responds that such a luxury is only for the gods.

Throughout history, red carpets were used for important occasions but the trend kicked off in Hollywood with the premiere of Robin Hood in 1922 at the Egyptian theatre when Sid Grauman had the stars walk on one.

What is thought of as the golden era of red carpet fashion came about two decades later in the 1940s and 1950s. During this time, the red carpet was one of the only places you could catch a glimpse of your favourite stars outside of their actual movie roles, because there wasn't a full behind-the-scenes view courtesy of social media or reality TV back then.

This is when starlets started going all out with their outfits, sporting glamorous dresses and dramatic furs to garner attention.

At the 1940 premiere of Gone With The Wind, Norma Shearer wore an embellished gown paired with a floor-length fur coat that certainly turned heads and confirmed that performers were there to distract and idealise during the nation's trying time. Some of the other prime examples from the era come from Joan Crawford and Jean Harlow. Although the Academy Awards had been around since 1929, their first red carpet was installed in 1961 – though, at the time, viewers couldn't tell it was red on their black and white TV sets. However, the importance of the Oscar's style started even earlier than that.

One notable example being worn by Audrey Hepburn in 1954 when she won the best actress award for her role in Roman Holiday. She wore a white gown by Hubert de Givenchy, which has been deemed "the most iconic Oscar dress of all time" by Time Magazine.

Audrey Hepburn, who rushed from her hit Broadway play, Ondine, to receive the Academy Award as Best Actress at the Center Theater in New York, cuddles the golden Oscar after being presented with the trophy.

The following year, when Grace Kelly took home the same award for her role in The Country Girl, she wore a design by Edith Head in a bright minty green. In 1964, more attention was given to the red carpet arrivals with the MC that year, saying much of the excitement of every Academy Award presentation is generated by the prominent arriving guests. This kicked off a trend that would eventually become an hours-long broadcast decades later.

One of the earliest examples of a red carpet wardrobe malfunction happened at the 1969 Academy Awards ceremony. That night, Katharine Hepburn and Barbra Streisand would memorably tie for the award of Best Actress – perhaps even more notable was the Arnold Scaasi ensemble Streisand wore while accepting it. The sparkling Scaasi suit was almost completely sheer under the bright TV lights, a fact Barbra Streisand asserted she wasn't aware of before choosing it. These days, pre-Covid-19 that is, unintendedly exposed underwear and shapewear on the red carpet, faulty zippers and flashing mishaps are known to be part of the at times gruelling ordeal of being in the global spotlight.

It was after this point at the '69 Oscars that stars started to get more creative with their red carpet outfits, gone were the days of formulaic, floor-length gowns. The 70s ushered in an era where celebrities wanted their looks to be talked about, so they strayed from what was expected and made bolder choices.

Tatum O'Neal, who was 10 years old at the time, memorably wore a suit in 1974, rather than the frilly dress that may have been expected of her. At this time, celebrities largely made their own outfit choices without the help of stylists or teams of PR experts. Tatum O'Neal holds the Oscar she won for working alongside her father in the movie Paper Moon. Tatum was one of the youngest Oscar winners ever.

The next big change came in the early to mid-1990s when reporters on the red carpet began having conversations with the stars walking it. Joan Rivers and her daughter Melissa were the ones to revolutionise this format by asking the ubiquitous question: "Who are you wearing?" From this point on, asking actresses to name the designers of every piece they wore became de rigueur.

However, the #MeToo Movement and #TimesUp initiative in Hollywood brought about new red carpet practices. The awards season, following the acceleration of the Me Too movement in Hollywood, followed by the Time's Up movement, brought about changes on the red carpet, particularly where fashion was involved.

According to Elle Magazine, attendees at the 2018 Golden Globes were encouraged to wear black in solidarity with the Time's Up movement, which – started by Hollywood stars, including Shonda Rhimes and Eva Longoria – "is a call for action against systemic sexual assault, harassment, and inequality in the workplace across all industries". Although met with much criticism, with this, E!'s long-standing practice of women announcing the designer they wear on the red carpet was replaced by the question: "Why are you wearing black?".

Another change to the now-classic red carpet at "important events" that came about was the colour of the red carpet itself. From tints of blue to shades of green to orange hues, and even white, non-crimson event carpets have gained its own popularity. Cardi B attends The 2019 Met Gala Celebrating Camp: Notes On Fashion - Arrivals at The Metropolitan Museum of Art. Photo by Rabbani and Solimene Photography/WireImage

A noble rationale by the BET Awards for changing the colour of its carpet in 2019 was a tribute to US rapper Nipsey Hussle, who was killed months before the awards ceremony. Scott M Mills, BET Networks president, told Variety that Nipsey was an important part of the African American community, which is why the network wanted to recognise him at the awards.

On the other hand, the Green Carpet Fashion Awards literally uses a green-coloured carpet, signifying its efforts to "marry ethics and aesthetics". Other event hosts, such as Nickelodeon for its Kids' Choice Awards, have opted for carpet colours that match its branding. In this case, Nickelodeon switched from the traditional red to a bright orange.

Perhaps in 2020 we should be focusing on rolling out the red carpet for sustained progressive change in entertainment, and of course, washing our hands regularly.

We live in a world where facts and fiction get blurred
In times of uncertainty you need journalism you can trust. For 14 free days, you can have access to a world of in-depth analyses, investigative journalism, top opinions and a range of features. Journalism strengthens democracy. Invest in the future today. Thereafter you will be billed R75 per month. You can cancel anytime and if you cancel within 14 days you won't be billed.
Subscribe to News24
Related Links
WATCH: A dress that weighs 35kg, and other heavy red carpet gowns celebrities have worn
Beyoncé, Jennifer Lopez and Viola Davis' red carpet gowns auctioned on eBay to raise funds for PPE
Rihanna reveals fears about iconic yellow Met Gala gown - 'I felt like I'm doing too much'
Next on Life
These BET Awards looks remind us why risqué will never be out of style