Marking the third red carpet of this year's awards season was the Screen Actor's Guild (SAG) Awards. These awards were held at The Shrine Auditorium in Los Angeles, California.

The Golden Globes gave us a peek into which red carpet trends we can expect in 2020, and we observed that black proved most dominant.

And it would appear we were right - while Getty picked up on the high prevalence of pink-and-red and metallic-and-white looks, it seems black and white was the style choice for many nominated A-listers who walked the grey carpet.

See the 16 looks we thought were worth uttering a few words about:

In Adeam. We're here for the ruffles, but this silhouette didn't do her petite frame many favours. 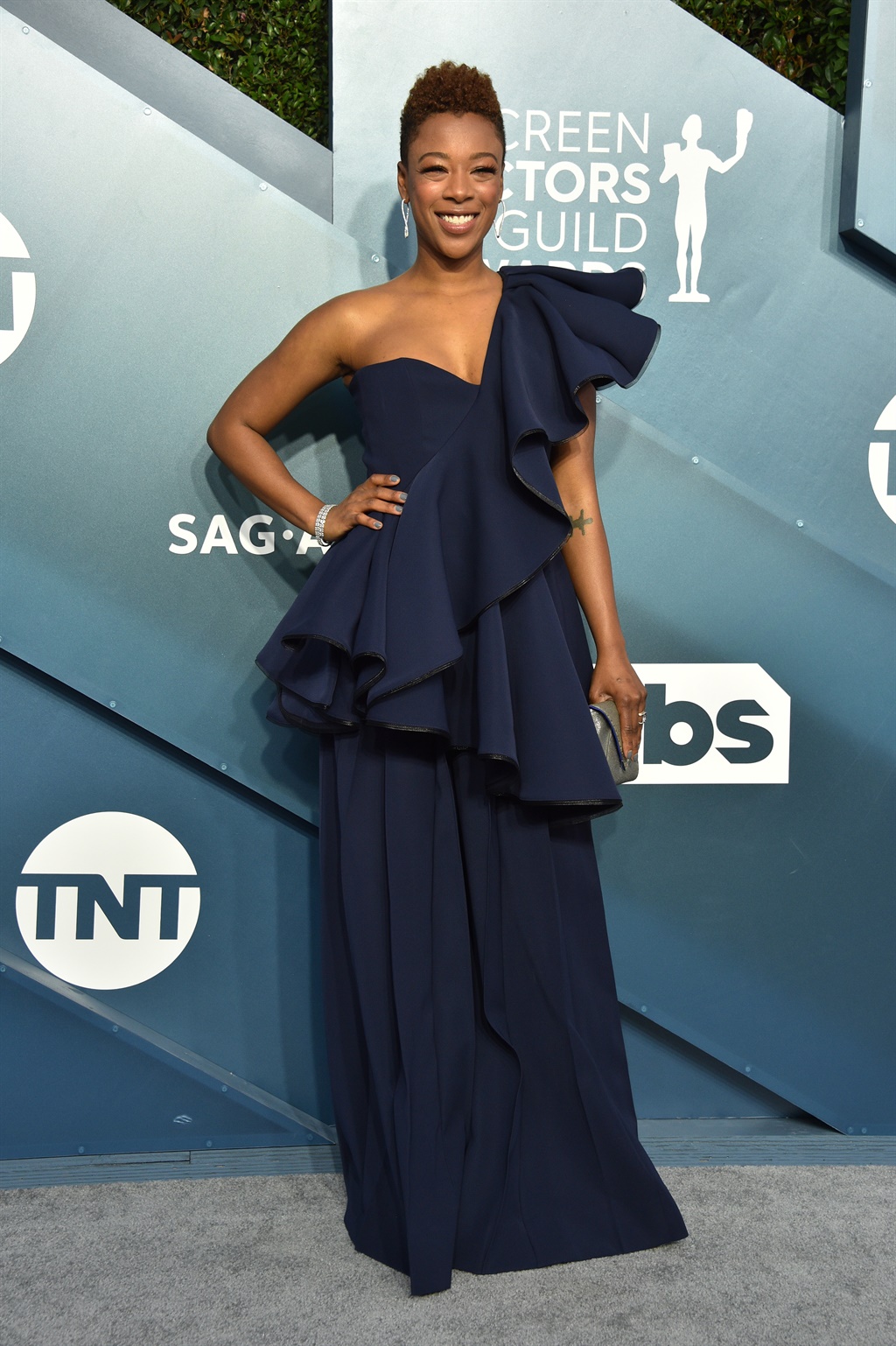 In a simple, figure-flattering gown accessorised with Bulgari jewels. We would have preferred this Louis Vuitton ensemble on a more mature actress, but we also can't deny that the teen star looked impeccable at this awards ceremony. The bralette is a bit touch-and-go, but overall this Georges Chakra Couture gown is a showstopper. Everything about this Philosophy di Lorenzo Serafini mini dress is a win - the proportions, the neckline, and the slicked back hair all made for a memorable red carpet appearance. Styled by Petra Flannery in a black Celine gown by Hedi Slimane. Styled by Maeve Reilly in a statement Sebastian Gunawan gown. 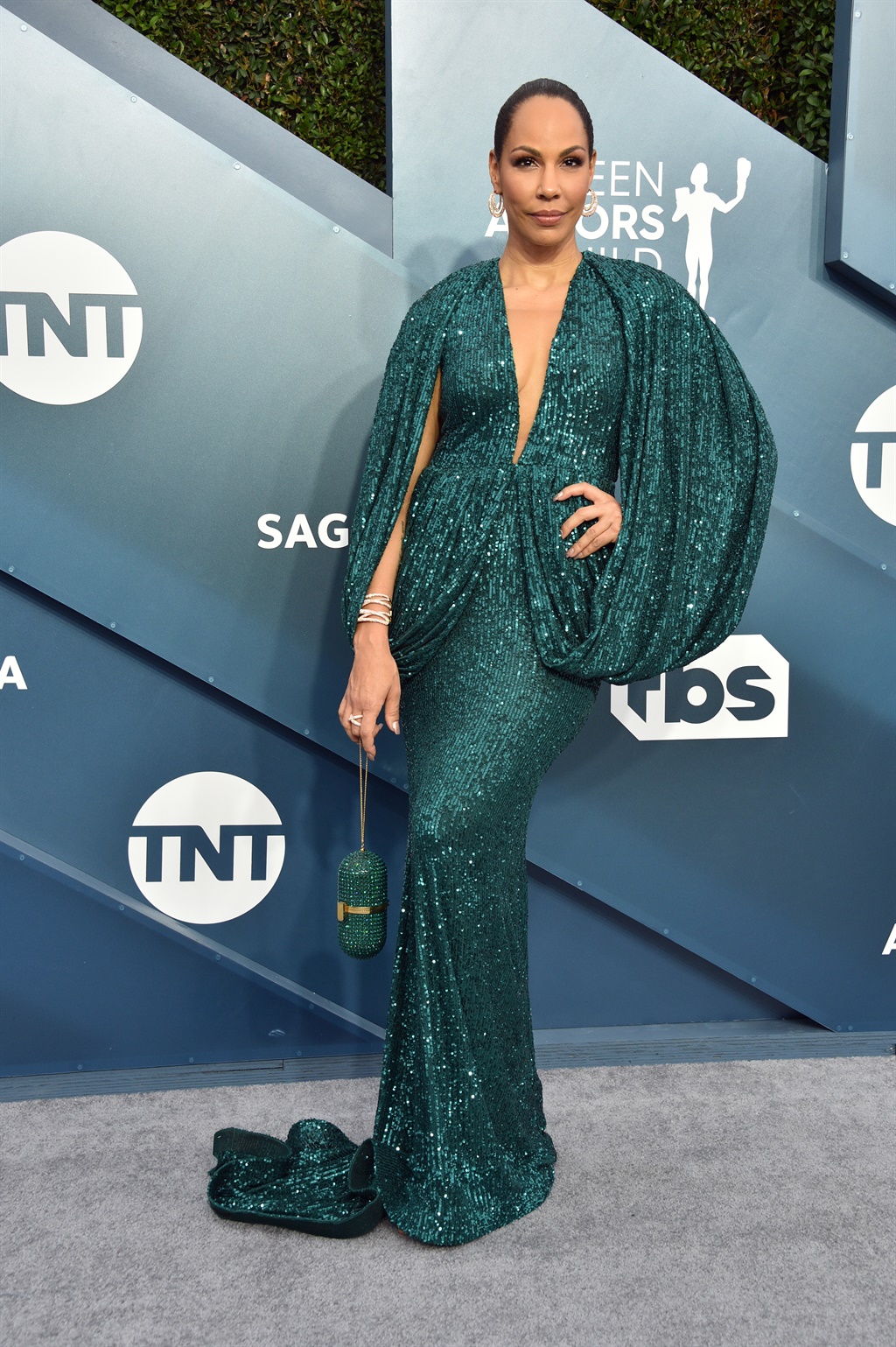 The style maven may not play by the rules, but she certainly plays with prints. Valentino is seriously showing up and showing off with their gowns this awards season.

We must also say that we love how more stars with small cup sizes are daring to wear plunging necklines without creating the illusion of a fuller cup. In Dior Haute Couture. We told you about the blazer-and-gown red carpet ensemble. 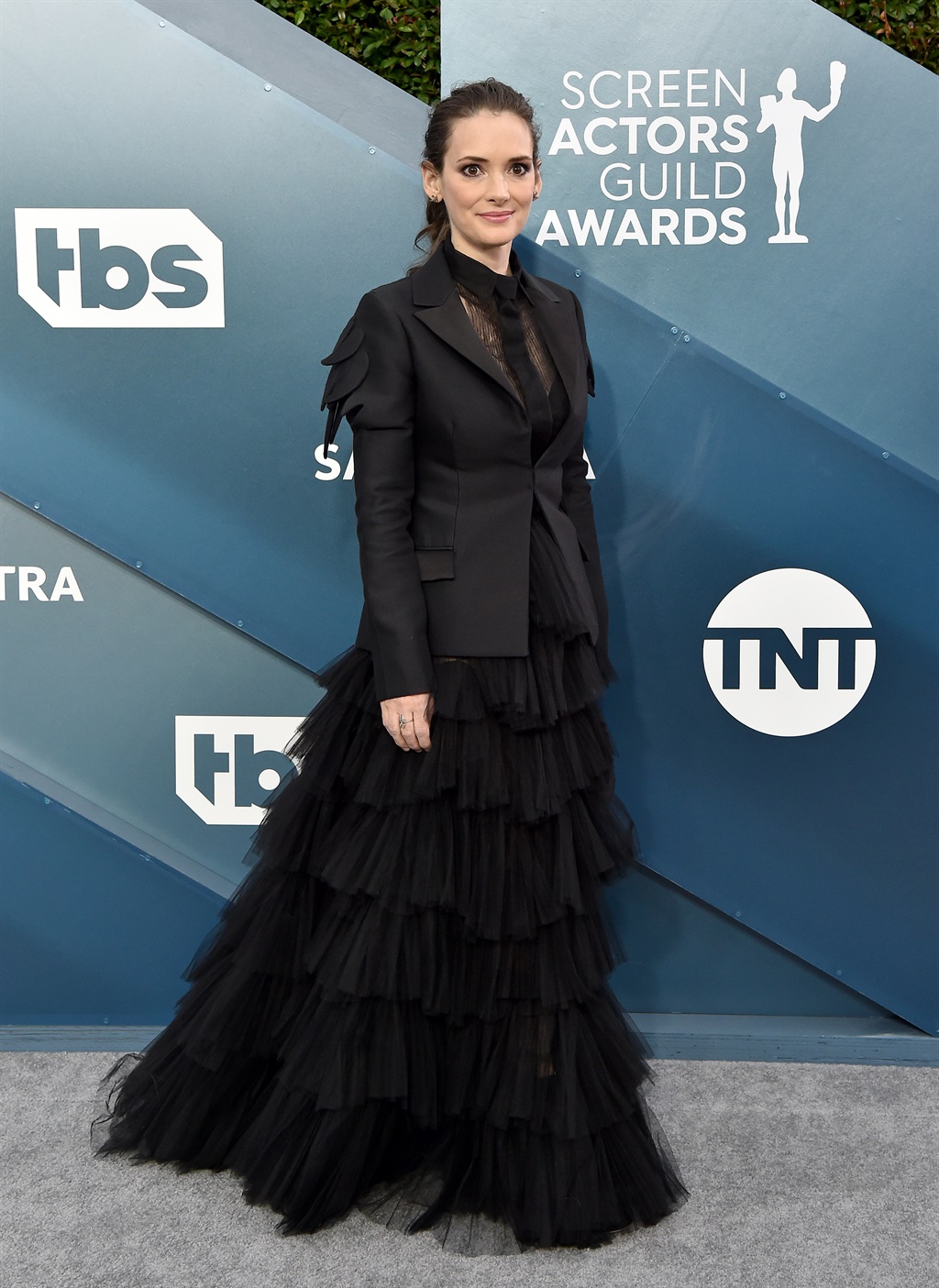 This Monique Lhuillier number with black motifs is the re-up the mermaid gown has been in need of. In a dreamy dusty pink dress. We live in a world where facts and fiction get blurred
In times of uncertainty you need journalism you can trust. For 14 free days, you can have access to a world of in-depth analyses, investigative journalism, top opinions and a range of features. Journalism strengthens democracy. Invest in the future today. Thereafter you will be billed R75 per month. You can cancel anytime and if you cancel within 14 days you won't be billed.
Subscribe to News24
Related Links
Jennifer Lopez waited until the 'last second' to pick her Golden Globes gown
The 77th Annual Golden Globe Awards looks hint that black may be back on the red carpet in 2020
Zendaya's Critics' Choice Awards Tom Ford breastplate was specially moulded to fit her body
Next on W24
These BET Awards looks remind us why risqué will never be out of style