Earlier this year photos were published by W Magazine, featuring Prince Harry during his school days. One particular image showed the Duke in his bedroom at Eton College, smiling broadly.

A bit of a messy boys room, the wall had pinned to it a poster featuring the actress, Halle Berry posing in a red dress.

The BBC hilariously reported that she actually went as far as tweeting about it, in an attempt to troll him for 'crushing' on her.

Prince Harry doesn't have Twitter, so she couldn't tweet him directly but he did tag Missy Elliot, as a reference to her Work It song lyric which goes "Don't I look like a Halle Berry poster?"

Imagine if these two had ever dated. Sorry Meghan, we're just thinking out loud.

As we think about those '90s couples we loved and watched growing up. Very few have stayed together yet the memories of their (mostly horrendous) fashion choices stuck to our retinas.

In the '90s, showing one's stomach was almost as important as wearing Old Skool Vans are to Cape Town hipsters today. JLo was no stranger to showing lots of skin on the red carpet and Puff Daddy whom she dated between 1999 and 2001 always kept his jewellery game strong. 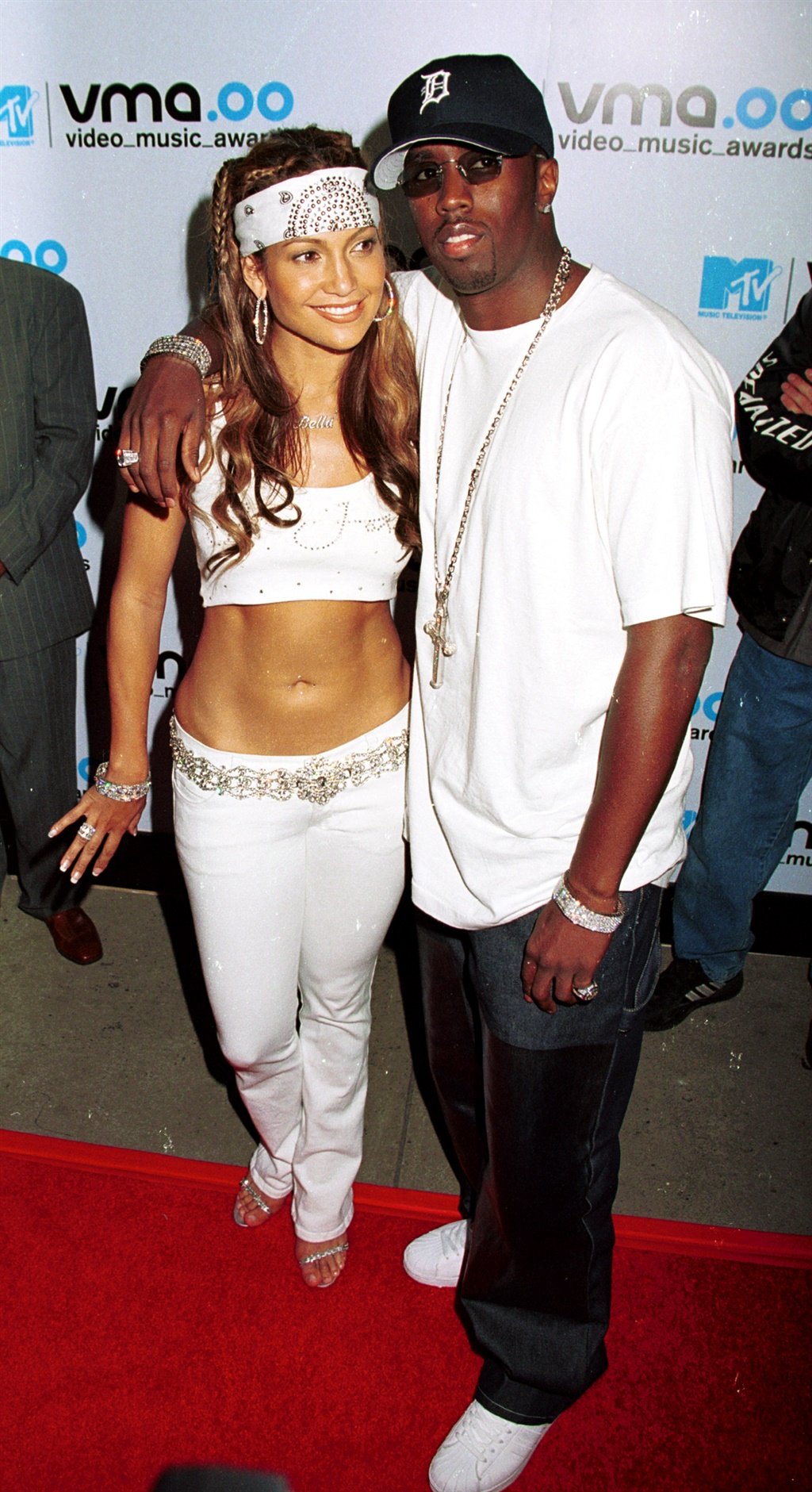 If I could update her lewk, I would drop that bandana and knot a vintage scarf around her hair and trade that famous Versace plunger for a pretty printed dress: And instead of those white low-rise jeans and stomach-bearing vest combo I would recommend this... For some reason this was THE look for guys on the red carpet in the '90s - a very, very boxy black suit and a white shirt with a mamoerse (massive) collar. Um, not cool. Gwyneth looks very chic in her slip-esque dress but I would love for her to lose the glittery bracelet and shawl (so Matric dance), put her hair in a big bun and add some gold hoops.

Brad, on the other hand, I would give an overhaul and dress him a bit more like this... Yes back in 1990 before she won an Oscar and became one of the most famous women in the world, Berry dated New Kids On The Block star, Danny Wood. If they were still together today they would probably still dress exactly the same. Halle's white tiered blouse is life and Danny's vintage shirt and white tee combo is more popular today than ever before.

Remember the humble boobtube? It WAS the '90s. I still remember seeing this exact outfit (below) worn by Cam to one of the There's Something About Mary premieres and NEEDED to copy it. Oh and I did. Let's trade in Cameron's boobtube for a button-down or white blouse (a la Halle Berry) and switch to tracks. Matt's outfit is 2018 appropriate, as long as his pants are fitted, cuffed at the ankle and he's wearing cool kicks.

Yes they dated. Not for long but they were spotted gracing the red carpet together a few times. Tyra has always been very stylish and I like both her choices, the first dress could still work today with different heels while the second dress could still kill with a pair of comfy espadrilles and some gold jewels as an off duty look.

As for Seal, seems he only owned one suit in 1996. Just imagine him in something like this instead... Brace your eyes for perhaps the ugliest suit you've ever laid eyes on... This colour is so hawt right now though, which is why I could probably see Johnny in something like this in 2018 as he has that Boho thing going... As for Winona in this black leather jacket dress... If she lost the stockings and added a pair of pastel block heels it would be dope AF.

Then who can forget these two? They loved a bit of twinning back in the day, hence creating that, now iconic, denim-on-denim ensemble. I would recommend Britney break up the denim overload with a white body suit and JT could style it with a white tee and some nice boots. These '90s cinematic favs kept it same-same on the regular and it was just SO magnicent. 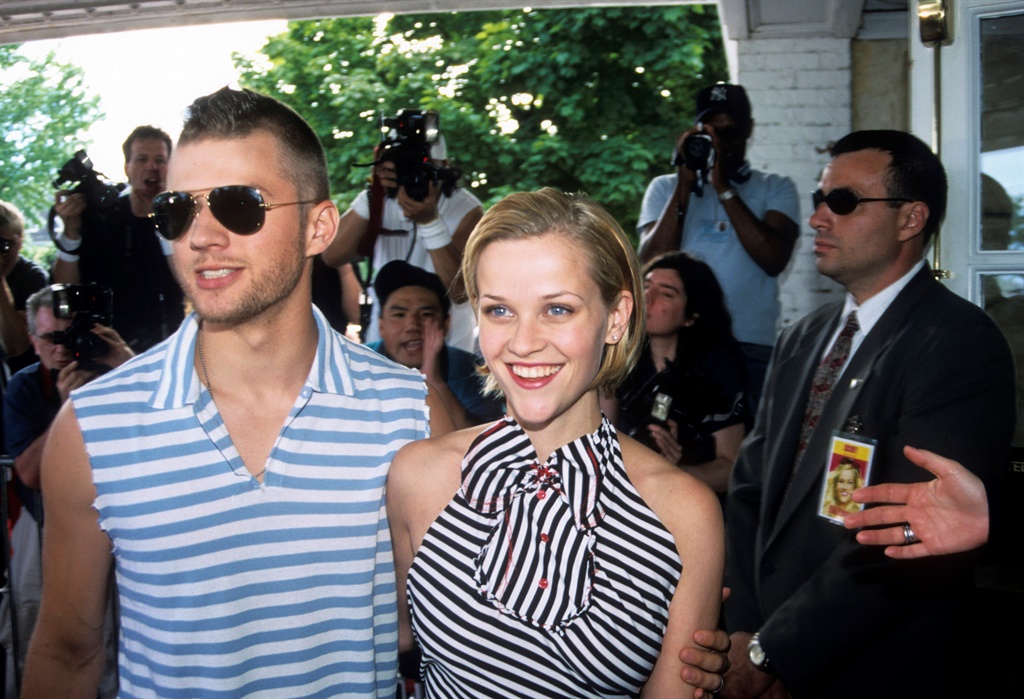 Here's some updated twinning suggestions had they still been together today: 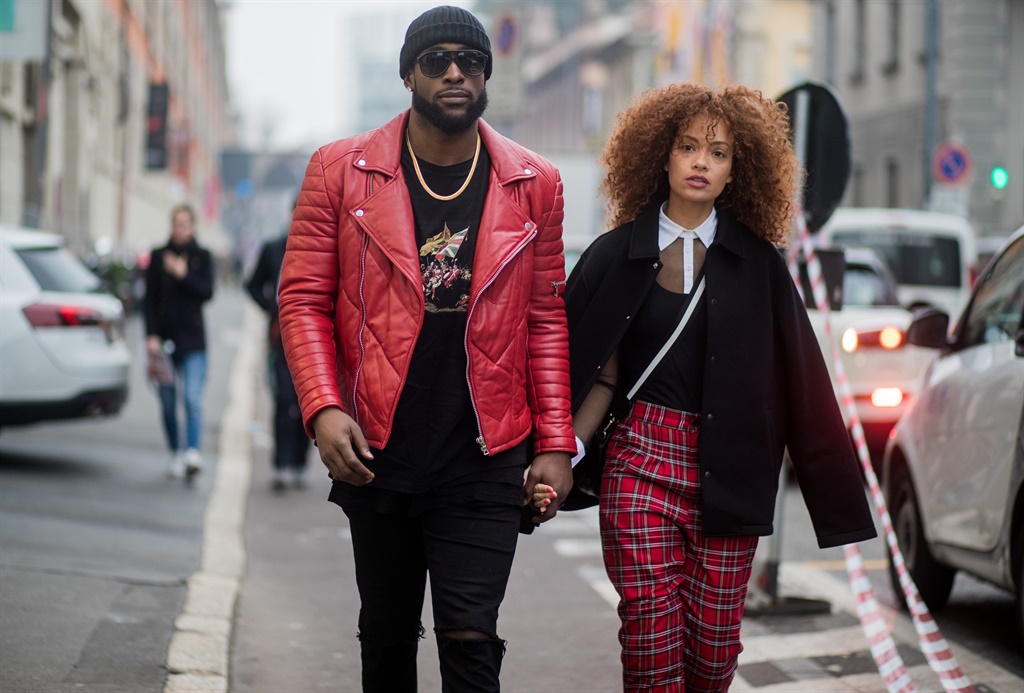 Ah, the only ones in this group who are still together, they always dominated the red carpet in black, white and metallic and loved to play with textures like leather and velvet. We live in a world where facts and fiction get blurred
In times of uncertainty you need journalism you can trust. For only R75 per month, you have access to a world of in-depth analyses, investigative journalism, top opinions and a range of features. Journalism strengthens democracy. Invest in the future today.
Subscribe to News24
Related Links
10 young celeb couples who make us believe in love
8 celebrity couples we love to love
Meet the wedding couples who made their geek wishes come true
Next on W24
The coordinated coats worn at the Biden inauguration were sentimental displays of fashion 'politics'