Undated handout photo issued by Kensington Palace of The Duchess of Sussex, Patron of Smart Works, in the workroom of the Smart Works London office

The Duchess of Sussex has long been synonymous with style and grace, she’s been lauded as a style icon and has been known to sell out a number of clothing items.

She is now reportedly set to launch a workwear capsule collection to benefit her royal patronage Smart Works, a charity in the UK that supports unemployed women get back into the workforce.

According to royal reporter Omid Scobie, the collection will sell on a one-for-one basis where for each item purchased by a customer, one item will be donated to charity.

In January 2019, the duchess officially became the royal patron of Smart Works and helped style one woman for a job interview during her visit.

To create this capsule collection, the duchess collaborated with an extraordinary team including fashion designer and close friend Misha Nonoo, technology incubator Jigsaw and retailers Marks & Spencer and John Lewis.

The collection is reported to launch later this year.

The collection, launching later this year, will sell on a one-for-one basis. “For each item purchased by a customer, one is donated to charity,” Meghan writes in @BritishVogue. “Not only does this allow us to be part of each other’s story, it reminds us we are in it together.”

With her fashion track record, the Duchess of Sussex’s inaugural fashion line is bound to do well, and rightfully so since it will be for the direct benefit of women.

Duchess Meghan is extremely popular, there’s no doubt about it. She stole our hearts back when her engagement to Prince Harry was announced and we’ve all fawned over her ever since.

Being successful, famous and marrying a prince, she’s pretty much got a lot of girls’ dream life. Plus, she’s also a fashion and beauty icon. When the duchess wears a coat or dress herself, it usually gets sold out pretty quickly. It’s been dubbed the “Meghan Markle Effect”.

To jog your memory, here’s a round up of some of the things that sold out because the duchess wore them.

In August 2018, Meghan celebrated her birthday at the wedding of a friend while wearing a Club Monaco dress and the blue, white and green dress sold out within hours. In July 2018, the Duchess wore a NYC label Shoshanna gingham dress to the Audio Polo Challenge 2018 in Ascot, Berkshire to support her husband and the dress sold out quickly too.

Back in March 2018, she wore a J.Crew coat to an International Women's Day event with Prince Harry. The coat sold out so quickly it crashed the site, according to Glamour. On Christmas Day 2017 Meghan wore one of Canadian luxury outerwear brand Sentaler’s wide collar wrap camel colour coats and naturally there was an enormous demand for it. 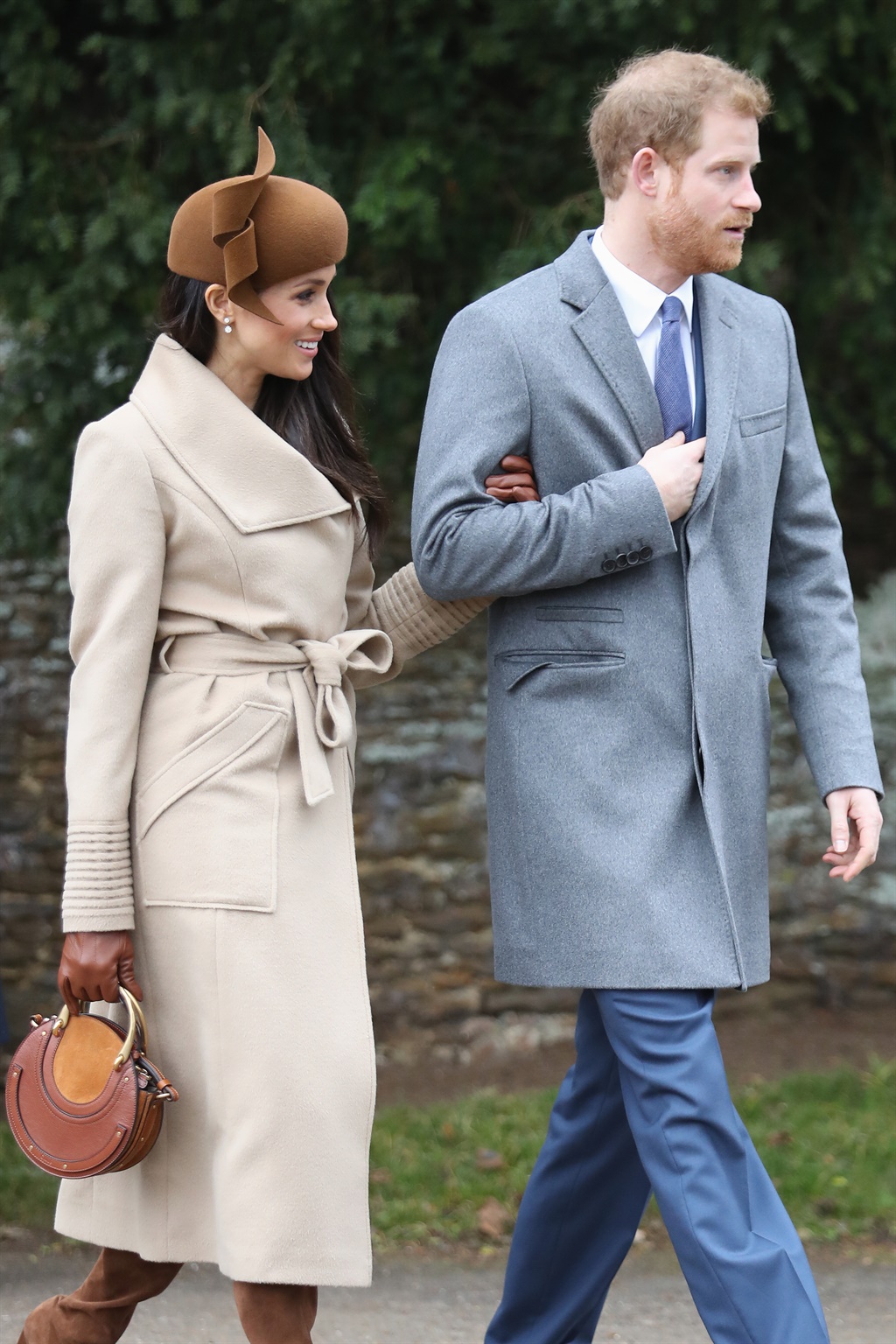 Remember in December 2017 when Meghan and Harry announced their engagement? The white coat she was wearing, which was created by Canadian fashion brand Line The Label, sold out within minutes and also crashed the company’s website. We live in a world where facts and fiction get blurred
In times of uncertainty you need journalism you can trust. For 14 free days, you can have access to a world of in-depth analyses, investigative journalism, top opinions and a range of features. Journalism strengthens democracy. Invest in the future today. Thereafter you will be billed R75 per month. You can cancel anytime and if you cancel within 14 days you won't be billed.
Subscribe to News24
Related Links
This picture of Meghan Markle protecting Prince Harry from the rain is #couplegoals
WATCH: How Meghan Markle, Duchess of Sussex made working throughout her pregnancy look so effortless
Meghan Markle's makeup artist says she is inspired by online beauty trends on YouTube
Next on W24
PHOTOS | Celebs step out in style at the MTV Movie & TV Awards