The red carpet arrivals at Monday's Golden Globe Awards held at The Beverly Hilton Hotel, roused many mixed reactions, even reviving "worst dressed" lists that we thought were a thing of the past.

This red carpet also saw the return of veteran A-listers we hadn't spotted in mainstream media for a while - oldies but goodies.

And speaking of classics and throwbacks, there are enduring style statements that appear to be cementing their return in the form of either all-black or black-and-white looks. Not to mention, the blue and black combo also seems to punching its way into red carpet trends already this year.

Granted, black never falls off the fashion radar, but with 2019's outbreak of bold colours and florals, all-black ensembles seldom made best-dressed lists.

While there was no obvious showstopper - similar to Lady Gaga's ice blue Valentino gown last year - at this year's Golden Globes, there were a few standout looks - in black and other delightful hues in all their Spring/Summer 2020 runway glory from the fashion capitals.

So here's our objective take on a few of the looks that had the internet talking this morning:

The Kissing Booth star made a statement in an Iris van Herpen Fall 2019 Haute Couture gown, which Vogue has since dubbed her the "breakout star of the red carpet" for. The colour? The cut? A winning design by Cristina Ottaviano. 800 hours. 11 people. Styled by Jason Bolden. All of these facts make it completely understandable why Cynthia Erivo's Thom Browne gown wowed us. 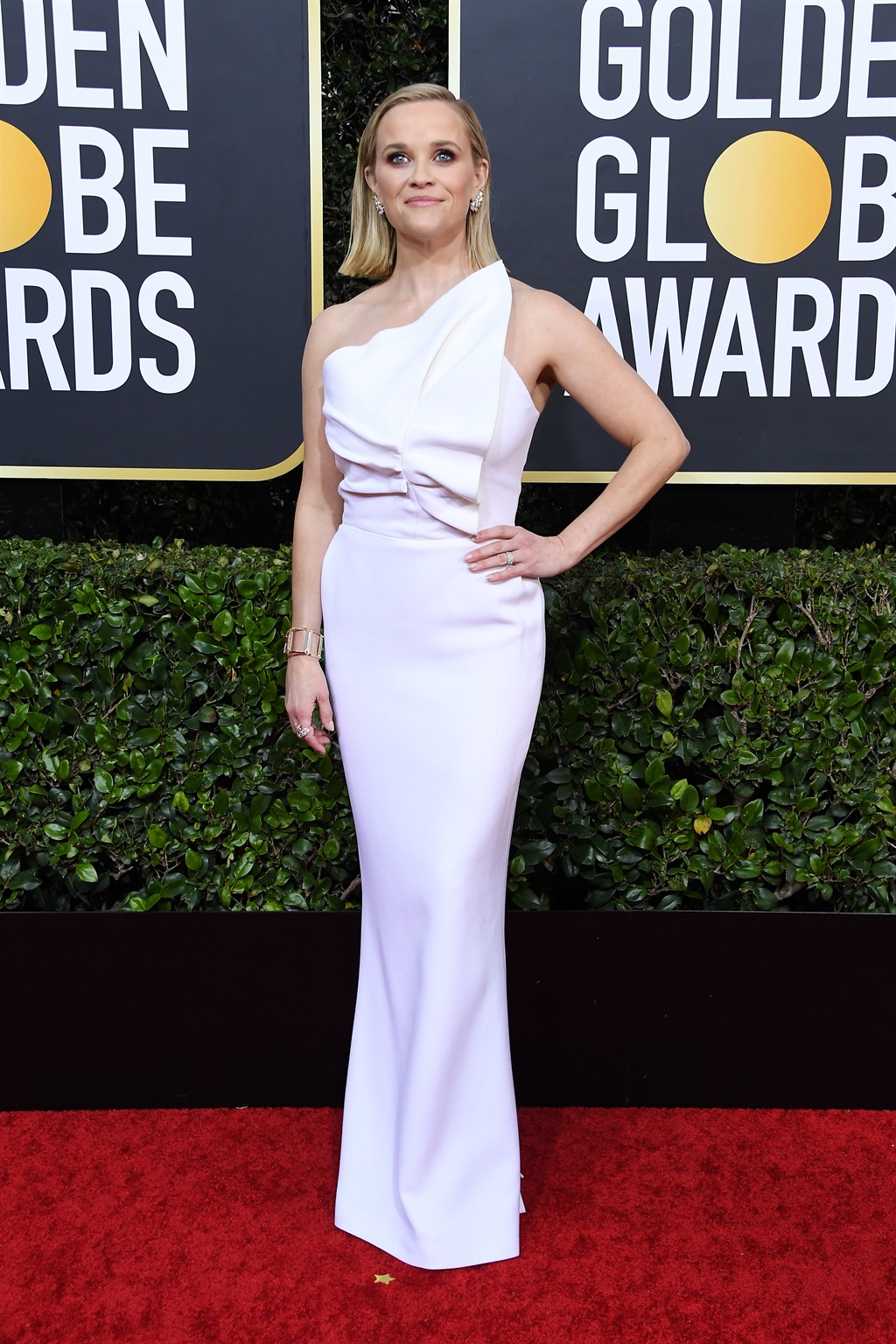 The exposed decolletage adorned with this knot detail chain made Kerry's look a head-turning one. Of course, magic happens when Law Roach styles the stars. The Dolemite Is My Name star showed up in one of the season's most notable trends; larger-than-life sleeves, making this look one of the most memorable looks of the evening, thanks to its fuchsia hue too. Perhaps what caught our attention with this look is the styling more than the gown itself. Contrasting blue and black made for a pleasantly surprising sight for sore eyes. Janina was also another celebrity who stood out in exaggerated sleeves at the Golden Globes. Another scintillating blue and black look from the star who once ditched her heels live on the red carpet a few years ago, and now she's serving leg in custom Balmain and matching Balmain stompers. Fleabag cleans up pretty well, right? It turns out she's also a sartorial philanthropist of sorts, as she'll be auctioning off this tweed Ralph & Russo suit to aid the bushfire crisis relief effort. In a sheer Fendi frock you can probably look forward to buying at a 'Small Street' near you. A little less extravagant than what Renata on Big Little Lies would perhaps wear, but this glam boho dress also works. How do you stand out in a sea of other red gowns? Ask Nicole Kidman. 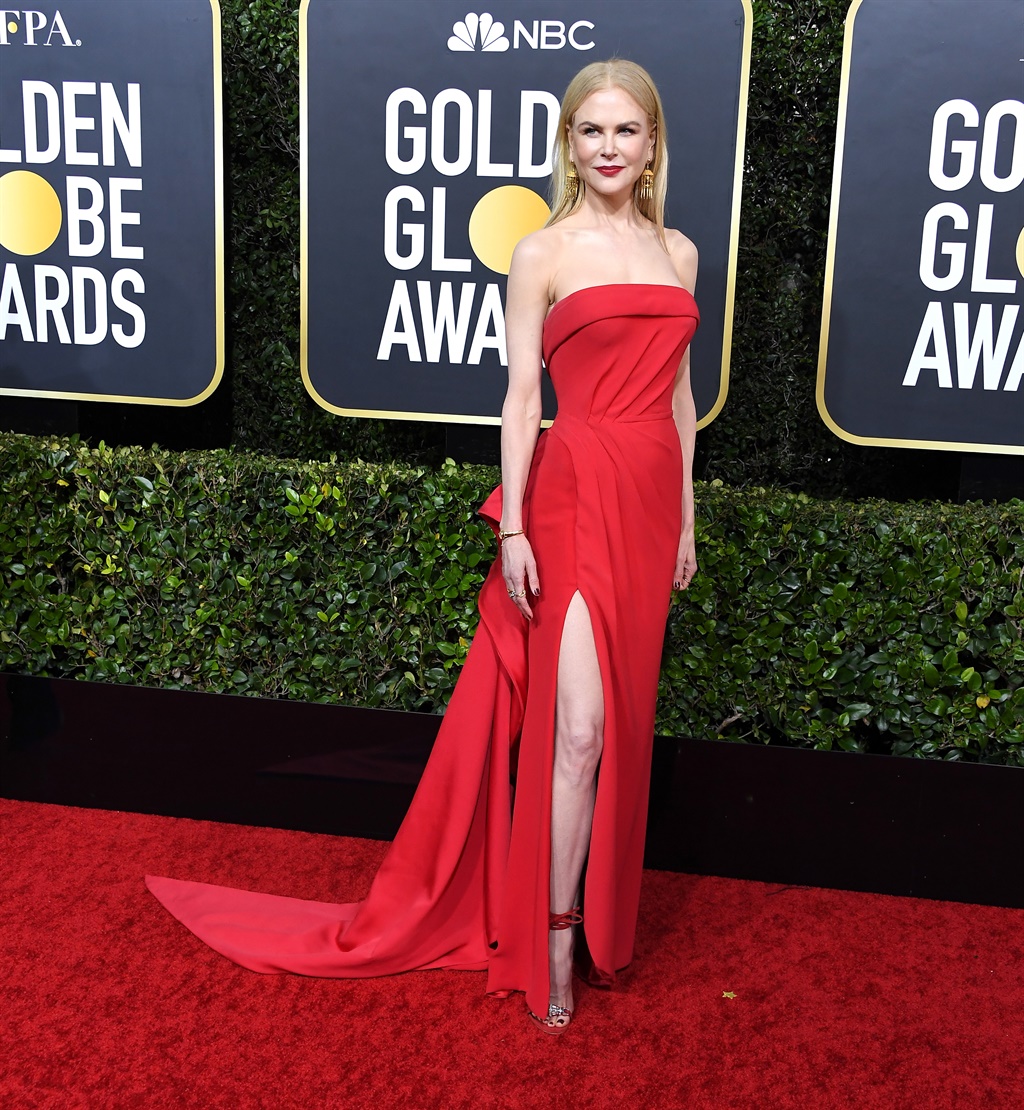 The Unbelievable actress epitomised the word in this Valentino gown for her first red carpet appearance of the year. Consider this our breakout star. We live in a world where facts and fiction get blurred
In times of uncertainty you need journalism you can trust. For only R75 per month, you have access to a world of in-depth analyses, investigative journalism, top opinions and a range of features. Journalism strengthens democracy. Invest in the future today.
Subscribe to News24
Related Links
From wearing archival designer pieces to creating her own fashion archive - Kim Kardashian is...
Zendaya, Billie Eilish and Cardi B among these 10 most influential celebs in fashion
Lupita Nyong'o's stylist reveals why the actress is everybody's style muse
Next on W24
Paris Fashion Week IRL - Dior, Chanel, Valentino and Fendi among luxury houses to showcase