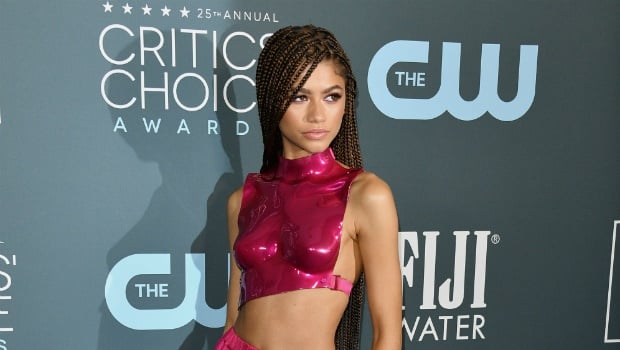 The Euphoria star says she had a "science tech situation going on" with her Critics' Choice Awards outfit. Zendaya walked the red carpet in a ceres pink skirt and matching top from Tom Ford's Spring/Summer 2020 collection, with the breastplate moulded to fit her body.

"I saw it on the runway and thought it was sick and amazing because they were actually able to scan and mould my own body so it fits me the right way," she told Entertainment Tonight.

Zendaya loves to experiment on the red carpet and has no regrets about any of her previous looks, stating that she's "definitely had some of her own red carpet moments" and she wouldn't "take it back because you have to live and learn."

We live in a world where facts and fiction get blurred
In times of uncertainty you need journalism you can trust. For only R75 per month, you have access to a world of in-depth analyses, investigative journalism, top opinions and a range of features. Journalism strengthens democracy. Invest in the future today.
Subscribe to News24
Related Links
See the 13 most memorable blue carpet arrivals at the 2020 Critics' Choice Awards
Zendaya, Billie Eilish and Cardi B among these 10 most influential celebs in fashion
Zendaya's make-up artist shares how the star achieves her red carpet looks
Next on W24
11 understated red carpet looks we hearted at the 2021 iHeartRadio Music Awards