Could 2020 be the year of 'controversial' fashion trends SA isn't quite ready for yet? Rock your wallpaper prints and highlighter neons this year. Photo by Edward Berthelot

As consumers become weary of fleeting fads in the fashion industry, there has been a general shift towards purchasing investment pieces rather than fast fashion and in some cases, this has resulted in the subsequent rise of the thrift store.

The latter can be attributed to the millennial urge to be exclusive. Also... our purse strings are really tight right now.

This is perhaps why annual trend forecasts have become less daunting, as now we look to see what we can retain in our wardrobes -  yet wear differently - rather than what we should rush to retailers for for fear of falling a season behind.

And let's face it, gone are the days of brazenly churning out "shopping advice" to fashion audiences on a weekly or even monthly basis - the economy is bad, and personally, I no longer feel compelled to feed the capitalist machine. Besides, slow fashion is better for the environment anyway.

READ MORE: Billie Eilish goes as green as her hair, as she launches a sustainable fashion line with H&M

Now, trend forecasts are no longer received as sartorial dogma, but rather as references and inspiration.

Of course, this does not mean new trends are no longer introduced to us anymore (because capitalism and the trend cycle), but rather their gradual comeuppance only puts a subtle kind of pressure on us to dabble in something new.

However, without set trends to 'follow', there would be nothing to measure one's personal fashion acumen against and I think maybe Instagram would be a little less intriguing, especially given its (still) horrid repetitive algorithm.

There are many factors that influence new trends - nostalgia, music, culture, celebrities (see Rihanna effect and the Markle Sparkle) and even food - but the reality is that trends are never really new. They just get introduced to us in revised, better forms.

READ MORE: Time to log back into Mxit because the French manicure is back, thanks to Beyoncé, Normani, and Bonang

And because we don't look at trends in isolation, it must also be mentioned that 2020's Pantone colour of the year was revealed as 'classic blue' this past December, and what this information may influence is our "purchasing decisions in multiple industries, including fashion, home furnishings, and industrial design, as well as product packaging and graphic design."

Additionally, in WGSN's Vision 2020 summary it has been noted that "optimism is at a high for African youth, and global interest in Africa will increase as the appetite for new ideas and narratives grows. By 2020, African creatives are approaching design with borderless thinking, embracing a truly global perspective." This is a phenomenon we saw gradually coming to light in 2019, as local designers and creatives won international awards such as the LVMH Prize, and the likes of Nicholas Hlobo and Athi Patra Ruga collaborated with international luxury brands.

With that said, 2019's top trend predictions included large ruffles, animal print, sequins, 'orthopedic' sandals, and paperbag bottoms. And of course, those won't suddenly evaporate into nothingness after the January sales. And Hassan Minhaj didn't do a whole "H-M" pop-up as a critique of today's fast fashion habits on Patriot Act, for us to go and shove four-month old clothes to the back of our wardrobes.

Anyway, let's take a look at what you can expect to see on clothing store rails in the seemingly self-contradictory year of futurism and continued nostalgia.

Not pants, but hot pants

Did we really think cycle shorts was where it would end?

Hot pants made multiple appearances on Spring 2020 runway shows including Chanel, Brandon Maxwell and Hermès, and there are fashion enthusiasts who've already taken to the streets in them.

However, given SA's catcalling culture, it might be conflicting for some to dabble in this trend... dependent on where you're going. 2019 may have us given us the micro-bag courtesy of Jacquemus and the replicas thereof. However, this year it's predicted that our bags will get bigger (hopefully figuratively too). Lyst's 'Year in Fashion' report supports this, saying they "predict a return to the XL shoppers of the '00s in particular soft leather styles by the likes of Little Liffner and The Row."

READ MORE: The person behind this latest fashion meme images, and other fashion parody accounts we love

Panic! At the disco collar

Sticking to the theme of living large this year, we'll also be adding disco collars to our arsenal of threads.

Look forward to shopping blouses and jackets with oversized dramatic collars in 2020. Tip: try thrift stores for standout prints and luxe fabrics at a minimal cost. This collar also looks even edgier when it's in a different, bolder colour than the rest of the top or the sweater you're wearing your blouse with. Victoria Beckham's Spring 2020 collection featured a few disco collared items.

Play on in neon!

Yes, you're at matric rage in Ballito all over again. Just kidding. This time around, neon is making its return in well-considered ensembles and silhouettes. The perks of wearing wallpaper

Ah, that nostalgia element of fashion trends. With the '70s making a pretty much solid return to the sartorial scene, the likes of Prada, Marc Jacobs and Christoper Kane introduced retro prints reminiscent of 'humble abode' wallpaper into their Spring 2020 collections at the end of 2019. 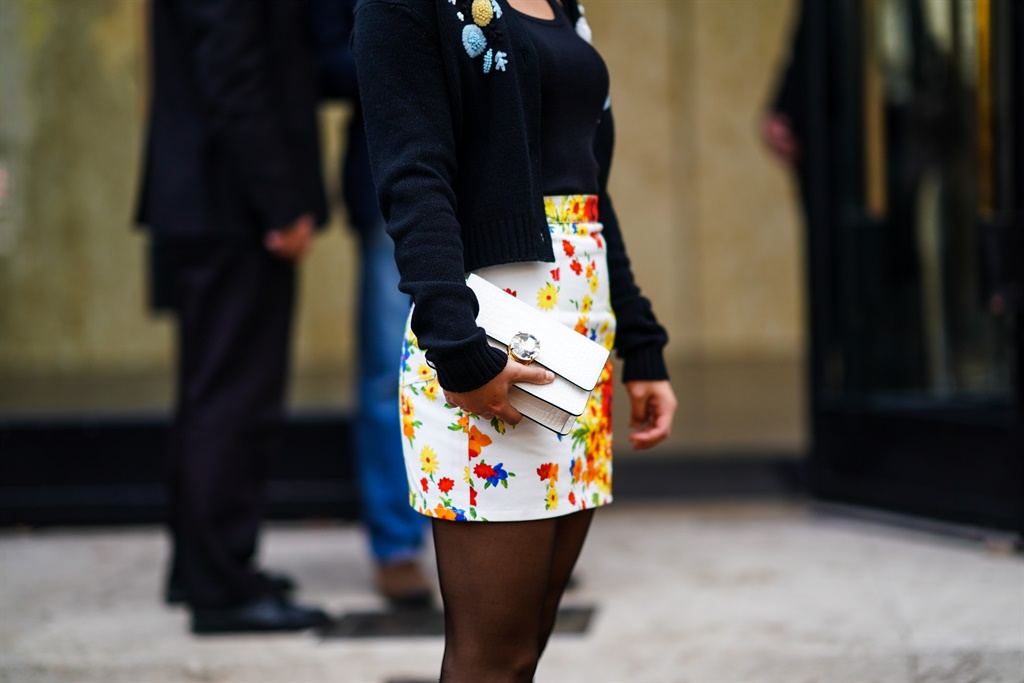 Get organised and co-ordinated

Three-piece suits are no longer just for grooms - in 2020, they're for everyone as labels scramble towards offering a semblance of gender neutrality.

Max Mara's latest Spring campaign gives us an array of separates and co-ords in pastels and neutral, corporate tones. I love me some sole

Shoes with rather generous soles will take over the streets this year. I mean, they may not be the flying cars that we were promised to be riding in 2020, but this tractor footwear makes for a mode of transport that's just as jarring, right? Dolce & Gabbana's Super Queen sneakers as well as Prada's Cloudbust Thunder sneakers were controversial on the internet upon their arrival, but we think they'll soon grow to be loved by the SA market. We live in a world where facts and fiction get blurred
In times of uncertainty you need journalism you can trust. For 14 free days, you can have access to a world of in-depth analyses, investigative journalism, top opinions and a range of features. Journalism strengthens democracy. Invest in the future today. Thereafter you will be billed R75 per month. You can cancel anytime and if you cancel within 14 days you won't be billed.
Subscribe to News24
Next on Life
Consumers still splurging on luxury items despite soaring prices