So October has arrived this year and with it a number of campaigns and initiatives from different brands to show their support of people impacted by breast cancer.

One of these companies is H&M. The franchise has just launched a new collection, dedicated specifically to women who've been affected by breast cancer.

READ MORE: WATCH: Rihanna has some empowering lingerie advice for her fans

The bra collection, which is called "Close To My Heart" was inspired by the struggle one of their employees, (a breast cancer survivor) had when trying to find affordable, fashionable and functional undergarments in her time of need, according to an article published on Refinery29.

According to Elle, it's the brand's first-ever bra collection for this cause.

The Close To My Heart collection features three bras in neutral nude tones. Why are they different? Each bra was "specially made for women with prostheses" and designed to provide "overall better coverage."

You can choose from a sports bra in a fast-drying and functional fabric with a racer back style as well as a soft-cup bra in either lace or microfibre with ventilating mesh pockets. Adjustable shoulder straps offer the best fit and comfort. 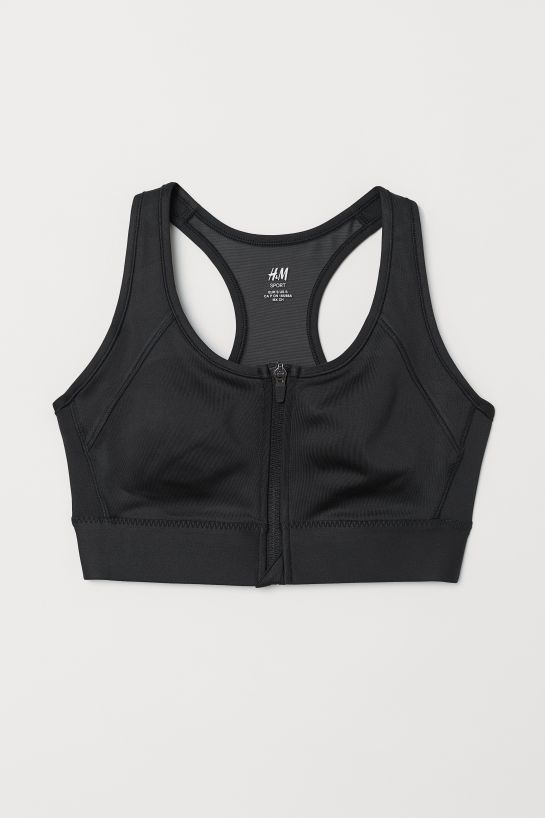 While we're used to pink themed t-shirts and small pink bows to create breast cancer awareness, this initiative certainly stands out as it was not only designed to create awareness but to actually help breast cancer survivors who struggle to find bras that are both functional and aesthetically appealing.

Other brands doing their part this year are Sorbet, with a campaign called "Paint Pink". According to the beauty and cosmetics company's Facebook page, they are encouraging clients to opt for any shade of pink nail polish to raise breast cancer awareness.

Coca-Cola is also said to be launching a limited addition light pink can in support of breast cancer this month according to Hattie Gladwell on Metro.

Cosmetic company giant, Estée Lauder has also launched its new campaign #It'sTimeToEndBreastCancer. According to the companies website, they will be releasing a short video series titled "Seconds Matter". The campaign focuses on time and the effect breast cancer has from both a personal and universal perception.

Here are some inspiring stories of women who survived breast cancer you might want to share with any loved ones who are fighting the disease.

1. A love letter to my mom who almost died

2. "I was pregnant with twins when I was fighting breast cancer"

We live in a world where facts and fiction get blurred
In times of uncertainty you need journalism you can trust. For only R75 per month, you have access to a world of in-depth analyses, investigative journalism, top opinions and a range of features. Journalism strengthens democracy. Invest in the future today.
Subscribe to News24
Related Links
Combination birth control could reduce your risk of ovarian cancer
Serena Williams goes topless and sings for breast cancer awareness
"I was pregnant with twins when I was fighting breast cancer"
Next on W24
How to spot a fake watch: Look for misspelt words, incorrect logos and model numbers

Subscribe to newsletters
Voting Booth
Have you ever purchased a fake luxury/designer item?
Please select an option Oops! Something went wrong, please try again later.
Yes, I believed it was authentic
7% - 163 votes
Yes, I didn't want to spend that much money on the original item
21% - 501 votes
No, I always shop at reputable stores
14% - 339 votes
No, I don't wear designer clothing
59% - 1416 votes
Previous Results
Fashion
Five intellectual fashion statements from history that anticipated today’s dark...