Here, we share the history of three structures of clothing that are gendered:

Buttons are on the left-hand side of women’s clothing items, and on the right of men’s shirts and coats. It’s unclear as to why the position of buttons is gendered, but some say it’s because men’s shirts included weaponry.

Most men held swords in their right hand, which meant it was easier to unbutton coats using their left hand. Hence the popular hand-in-waistcoat pose from the 19th century - a subtle indication of leadership. Prince Harry, Duke of Sussex, is often seen with his hand resting inside his jackets. (Photo by Samir Hussein/WireImage)

Fashion trends were often indicated by the wealthy.

One theory holds that rich women were often dressed by right-handed servants, for whom it was easier to button on the right (the rich women's left being their right). How a modern woman wears a button-down shirt. (Photo by Christian Vierig/Getty Images)

Elizabeth Semmelhack, who is the Creative Director at Bata Shoe Museum, says “the high heel today is considered so feminine and so connected to ideas of sexualised desirability.”

However, heels were actually first made exclusively for men.

Originally used as military riding shoes in 15th century Persia, they were eventually brought to Europe where male aristocrats started wearing them to appear taller in order to boast their status.

“If you look at what’s happening in Persia around the time that the heel is adopted by men in Europe, there’s this incredibly important leader, Shah Abbas I.

"And what he can bring to the table to his European counterparts is the largest mounted military in the world, all of whom were wearing heeled footwear,” explains Elizabeth.

In the 1600s, they became fashionable – first for men and later for women. Queen Elizabeth I wore them to appear more manly, while King Louis XIV wore shoes with red heels and soles, and made it mandatory for aristocrats in Versailles to wear them too. 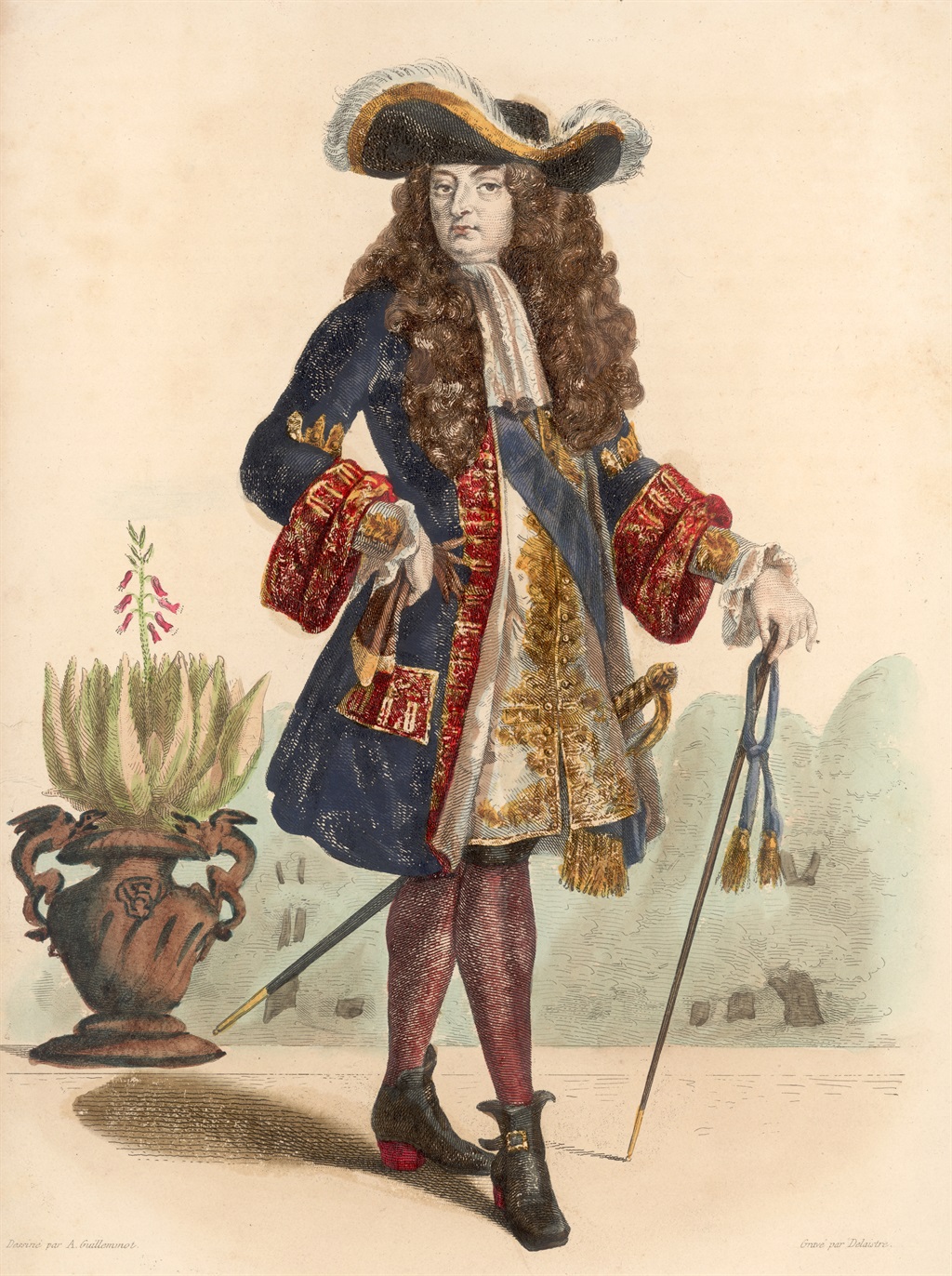 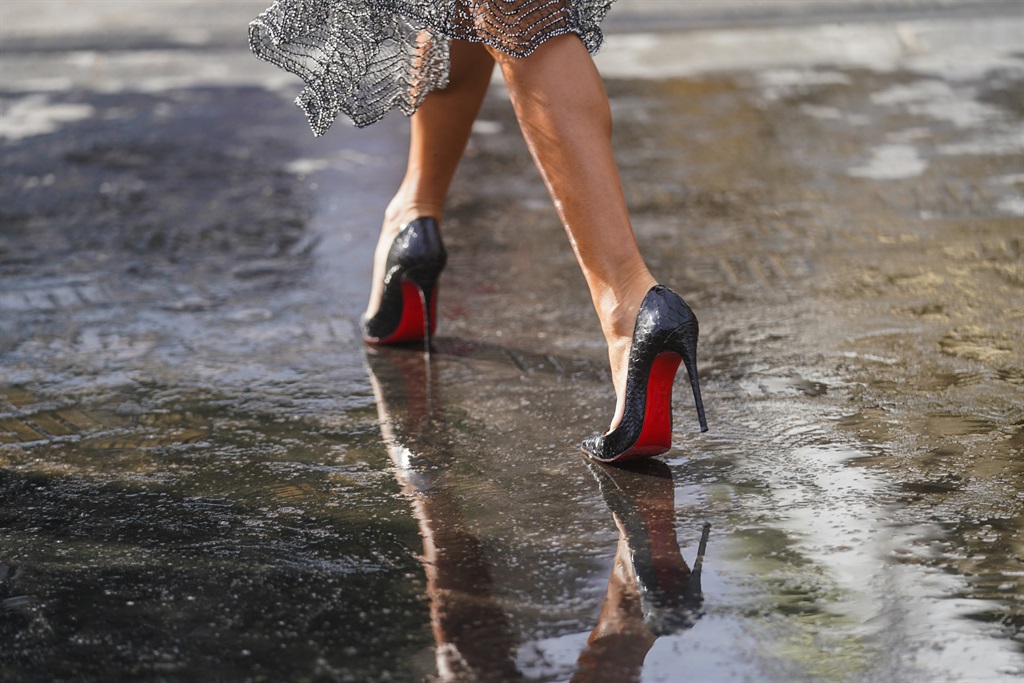 Elizabeth further reveals that “over the course of the 17th century, something dramatic happens.”

“The shape and construction of the heels begins to change. Stacked leather heels, which is what you see with cowboy boots (their heels are made of stacked leather), begins to be associated with masculinity and outdoor activity.

“Ideas that men should be distancing themselves from the irrational and from fashion [came about] and also caused men from the 18th century to completely abandon the high heel,” she adds.

Pockets tend to be smaller, purely decorative or non-existent on women’s clothing. There’s a sexist history behind that.

Eva Everett, co-founder of women’s apparel brand Svaha, says; “I’ve had the experience which I’m sure many women have, where you buy a pair of pants or a skirt and you see there’s a pocket and you get excited. And the you put your hand in and realise it’s either a fake pocket or it’s [shallow].”

Pockets were created so that people could carry tools in them. In the 18th century, women had big pockets, in which they could put food, writing tools, diaries, and even sewing implements. But unlike men’s pockets which were internal and secret, women’s pockets were separate garments attached to a string.

After the French Revolution, women started carrying “reticules” – tiny drawstring pouches carried over the arm that could barely fit coins. Women only got sewn-in pockets in the mid-19th century, but they were often smaller than men’s. Late 1860's Visiting Dress, worn at Colborne Lodge. The design is inspired by a fashion plate from Godey's Lady Book dated 1869. A- closure, the centre front closure is typical to the 1860's, it has a unique shape, opening the dress down the centre front bodice, across the waist for a few inches and then down the skirt for about nine inches allowing a woman to dress herself. (Steve Russell/Toronto Star via Getty Images)

“It was actually during the suffragette movement,” Eva shares.

"... when women started wearing pants that had pockets in them, it was a huge controversy.” Women in 2020 - pockets on not one, but two items of clothing in the same outfit. (Photo by Christian Vierig/Getty Images)

But women’s fashion changed and pockets were mostly replaced by handbags, while in men’s clothing, they proliferated.

We live in a world where facts and fiction get blurred
In times of uncertainty you need journalism you can trust. For 14 free days, you can have access to a world of in-depth analyses, investigative journalism, top opinions and a range of features. Journalism strengthens democracy. Invest in the future today. Thereafter you will be billed R75 per month. You can cancel anytime and if you cancel within 14 days you won't be billed.
Subscribe to News24
Related Links
Before you rush to the last bestsellers of January sales on payday, start with a wardrobe overhaul
Statement silhouettes, shades of black, sneakers: The little we expect from fashion trends in 2021
Since we're in the middle of the grandpa trend, this is why I prefer to shop in the men's section
Next on W24
Brands are leaning on ‘recycled’ clothes to meet sustainability goals. But how are they made?