This is no ordinary Pride Campaign. For 2020, Levi’s Pride has partnered with Self Evident Truths - a photographic project by iO Tillett Wright documenting 10 000 people who identify as anything other than heteronormative. As a small sampling of IO’s decade-long undertaking, these portraits are part of a larger moment and movement. A celebration of differences and a showcase of our shared humanity, Self Evident Truths is a pinnacle example of how just one voice can raise tens of thousands.

READ MORE: Levi’s has collaborated with these two impactful women behind local movements loved and supported by all of us

It's no surprise that the Levi's brand would herald LGBTQ+ personalities in an impactful campaign - since the inception of Levi Strauss & Co in 1853, it has championed equality, inclusiveness and progress. From integrating their factories during the 1950s, before the Federal government made desegregation a law, to working to overturn Proposition 8, which banned gay marriage in California.

In 1992, Levi’s was the first Fortune 500 company to extend health benefits to same sex partners, and since then it has worked hard to promote equal rights and fair treatment for LGBTQ+ people everywhere. For Pride 2020, Levi’s continues that support with a collection spotlighting the people who speak out to create positive change.

Adopting “Use Your Voice!” as a rallying cry, this year’s collection is all about maximising self-expression. The collection includes a range of graphic tees with the Levi’s box tab logo and Use Your Voice in the new Levi’s serif logo. Image: Supplied by And People

Additionally, they're releasing denim trucker jackets in a stonewashed indigo and a faded tie-dye featuring 'Use Your Voice' graphics embroidered on the back. Other standout pieces include a lavender crop top tee with the Levi’s serif rainbow logo (pictured above), a special clear iridescent trucker jacket with a holographic rainbow overlay, and even pair of Pride stonewash denim chaps. Personally, I would love to own a pair. Images: Supplied by And people

Completing the lineup are a range of accessories including socks, underwear, a Flex Fit cap, bandana with rainbow overlay, a clear iridescent banana sling and more. 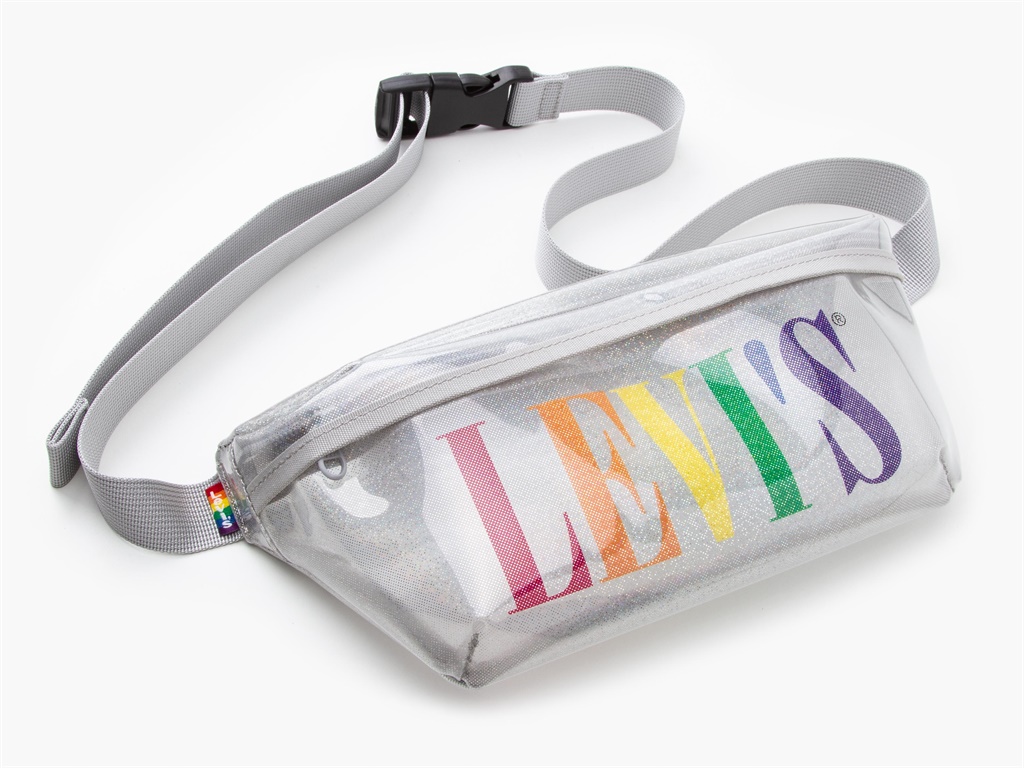 But that's not all. This campaign isn't just about rainbow aesthetics and edgy merch - Along with product, Levi’s will also continue its longstanding support of the LGBTQ+ community by partnering with OutRight Action International, an organisation that works to advance the rights of LGBTQ+ people all over the world. This will be the second year that they have partnered with the organisation.

And by working with them, Levi’s hopes to elevate the stories of those who have been marginalised, and to ensure that everyone everywhere has the right to be proud, free, and visible, no matter who they are or who they love.

Additional information and images supplied by And People.

We live in a world where facts and fiction get blurred
In times of uncertainty you need journalism you can trust. For 14 free days, you can have access to a world of in-depth analyses, investigative journalism, top opinions and a range of features. Journalism strengthens democracy. Invest in the future today. Thereafter you will be billed R75 per month. You can cancel anytime and if you cancel within 14 days you won't be billed.
Subscribe to News24
Related Links
As China's biggest client, the fashion industry is in panic as the coronavirus threatens shows in...
Gert-Johan Coetzee just launched an Eau de Parfum and it genuinely smells like success
Nike's epic gay pride ad features vogueing transgender woman
Next on Life
Consumers still splurging on luxury items despite soaring prices