Mom jeans and nostalgia in a time of uncertainty Times of instability and crisis produce increased nostalgia for the past. We long for a time that no longer exists, or never existed. Like melancholy, nostalgia is a sentiment of loss – one that’s particularly familiar to us today – for an imagined way of life that has disappeared.

It is, as Svetlana Boym put it in The Future of Nostalgia, “a romance with one’s own fantasy”.

READ MORE: Roses are red, Pantone's 2020 colour of the year is Classic Blue, and so should everything in your wardrobe

Nostalgia is central to fashion. Every season, the fashion industry reaches into the archives with cyclical predictability, echoing historical trends and stimulating nostalgic feelings through marketing that makes the consumer “miss things that never were”. At the same time, fashion reflects present culture, mirroring the social imagining of the moment.

One recent trend to cycle through this system – and stick – are “mom jeans”. 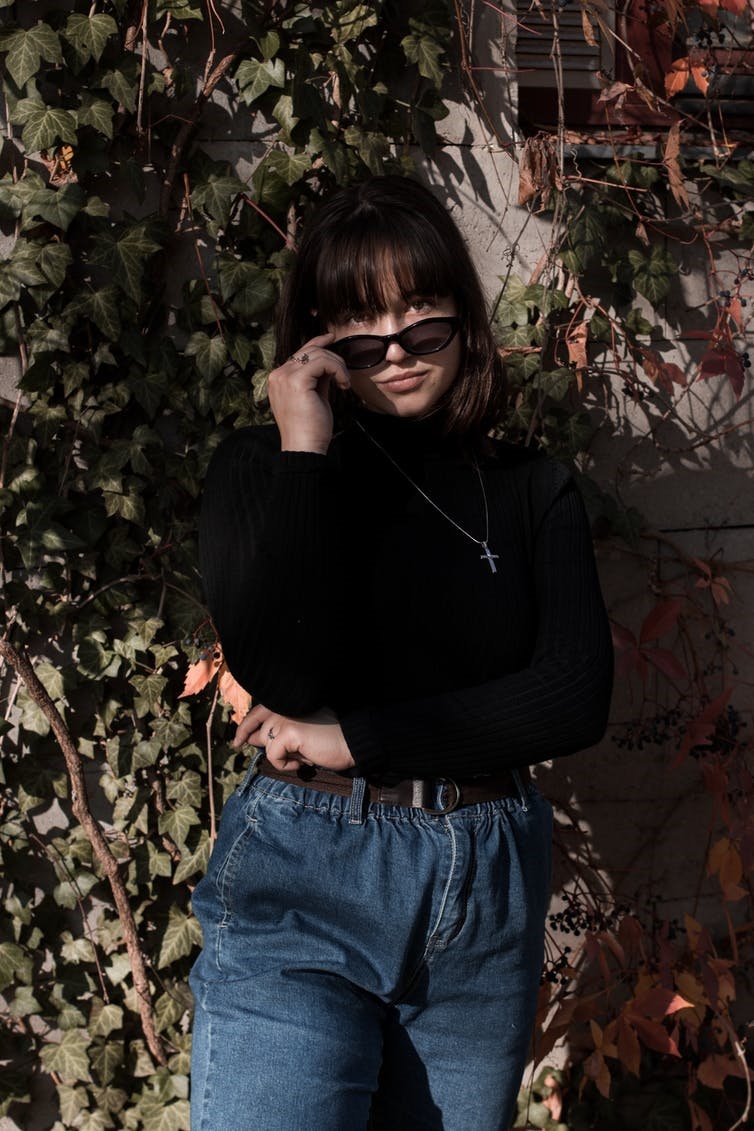 ‘Not a woman anymore’

As the very antithesis of the popular low-slung, hip- and midriff-baring styles of the time, popularised by pop stars like Britney Spears, mom jeans were the opposite of cool. They were frumpy, drab, dowdy – everything a mom apparently represents. The sketch, styled as a JCPenney advertisement, includes a voiceover that suggests the jeans are a garment that say: “I’m not a woman anymore, I’m a mom”.

What started out as a punchline is now on-trend. Despite the fact that high-waisted, straight-legged styles had been the norm for much of the 20th century, they were suddenly deeply conservative in comparison to the tight jeans young women were wearing in the early 2000s. The pejorative term “mom jeans” cemented this perception.

Like other stereotypes that have long served to desexualise mothers, the jeans symbolised a sense of modesty that separated womanhood from motherhood. As Ashley Fetters wrote in her article about mom jeans in The Atlantic last year: “the stereotype is so powerful that linking something to motherhood can extinguish its sex appeal pretty quickly”.

In this case, it was not only sex appeal that was being extinguished but the entirety of a woman’s identity.

Over a decade after the sketch first aired, the social and political mood in the United States was steadily sobering. This was reflected in fashion, which moved away from the body-conscious styles of the early 2000s to become looser, oversized, more gender-neutral.

Mom jeans, differing only slightly from their close cousin “dad jeans”, fit within this shift.

While the early 2000s were epitomised by Spears and her ilk in low-slung jeans, the post-#MeToo era is embodied in celebrities like 18-year-old Billie Eilish, known for favouring oversized designer garments and speaking out against the impossible beauty standards imposed on women.

Fast fashion trend arbiters such as Zara, ASOS and H&M have been selling denim labelled “mom jeans” since at least 2015. A recent campaign for mom jeans at Big W proclaiming “The 90s are back, baby!” might indicate their penetration into the fashion landscape in Australia.

This mainstream popularity of mom jeans does not call for a return to 90s sexual politics, nor to ideas of motherhood as separate from womanhood. Rather, the nostalgia represented in this style recalls an imagined time, when things were simpler, calmer, easier.

The 90's are back baby! The comfiest trend of the decade has returned. Tap to shop 'Mom' jeans ?? #bigwaustralia #bigwstyle

In the fast fashion landscape, beset by issues of ethics and sustainability, the trend is unique in its staying power.

Cotton On advertising for their “authentic look” mom jeans spuiks them as a “vintage fit that’s reached cult status”. As such, this nostalgic fashion trend is an apt metaphor for our current moment. It demonstrates a collective utopian vision of the past while we are marooned in the dystopian present.

When the future is uncertain, we turn to speculating on the past, using nostalgia to think through our now. In evoking an imagined past and reflecting a sombre cultural present, mom jeans are far more than a garment that symbolises parental status. They are a garment that locates women in place and time, politically and materially.

A roomy fit of one’s own

The homesickness of nostalgic longing means we find comfort in the familiarity of the past, no matter how recent. In response to today’s COVID-19 crisis, we are turning to old movies, letter writing and vintage fashion trends more than ever. Nostalgia is a defence mechanism against upheaval.

Mom jeans, recalling a history of denim that has influenced fashion since the development of the Levi’s 501 in the late 19th century, epitomise this affective yearning. Thankfully, in this time of physical distancing and self-isolation, their roomy fit also makes them perfect for working from home.

We live in a world where facts and fiction get blurred
In times of uncertainty you need journalism you can trust. For 14 free days, you can have access to a world of in-depth analyses, investigative journalism, top opinions and a range of features. Journalism strengthens democracy. Invest in the future today. Thereafter you will be billed R75 per month. You can cancel anytime and if you cancel within 14 days you won't be billed.
Subscribe to News24
Related Links
Scarlet ribbons – the huge history of big hair bows
The fashionable history of social distancing
Is the dress green or red? Planet-friendly couture won’t be for everyone but it can lead the way
Next on Life
Consumers still splurging on luxury items despite soaring prices