We can't ignore the 'Yeehaw' agenda.

With the recent announcement that Grammy award-winning artist Solange will no longer be performing at Coachella due to "production delays", there is a global air of disappointment.

But does that mean we have stopped being keen fans of this star?

Hardly. Or at least I'll speak for myself.

At the time I stumbled upon this news I was actually listening to her latest album When I Get Home - an album which softly, gently, and repetitively pushes the 'yeehaw chic' agenda. More importantly, it's an ode to her hometown of Houston, Texas, in which she also honours black cowboys.

THANK U TO ALL OF THE BLACK COWBOYS IN THE LAND WHO HAVE PUT YOUR BODIES ON THE LINE TIME AND TIME AGAIN TO WRITE HISTORY SINCE THE BEGINNING OF TIME. I learned so much from all of you and feel infinite gratitude for you trusting in meeeeee. Link in bioooo

On the visuals for this album, we see the 'Almeda' singer in a array of costumes that exhibit the quintessential cowboy attire, which she told Refinery29 is not "just an aesthetic, [but] this is something that we actually live."

The boots, cowboy hats, tassels and leather all make for the country inspired lookbook we didn't know we needed until we started singing the lyrics "Black baes, black things, these are black-owned things" in unison.

But before we had When I Get Home, we had Beyoncé's Daddy Lessons...

And before that, we had the death metal cowboys of Botswana - a subculture that a 2011 Vice profile described as a "small but passionate collection of guys who dressed like doomsday cowboys and listened to Motorhead in the predominantly black, central African country of Botswana."

Head-to-toe black leather is the signature look of this group.

Since we're celebrating yeehaw culture today I'd like to introduce some of y'all to the death metal cowboys of Botswana pic.twitter.com/MYMYgXxKKg

Taking us further into the Wild Wild West, is this cowboy hat Twitter thread that surfaced over the weekend:

And this trend has already taken to the streets of fashion capitals, where fashion enthusiasts have given their cowboy items a twist of their own. Now giddy up, head ’em up, move ’em out because it's time to go shopping for these three items: Western Trucker Jacket, on sale for R499 at Foschini 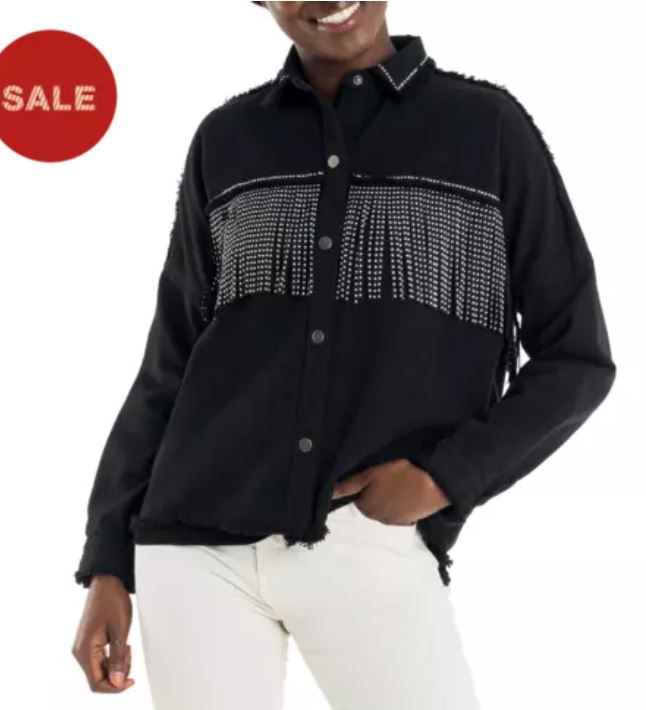 We live in a world where facts and fiction get blurred
In times of uncertainty you need journalism you can trust. For only R75 per month, you have access to a world of in-depth analyses, investigative journalism, top opinions and a range of features. Journalism strengthens democracy. Invest in the future today.
Subscribe to News24
Related Links
This is how one statement coat can carry you all throughout this autumn/winter season
Strange shoes you'll fall in love with this autumn/winter season
Hair, outfits and set design: We can’t wait for Solange’s Coachella performances
Next on W24
Pantone's Colour of the Year for 2022 is 'Veri Peri' and it's here to illuminate self-expression