U.S. student Candace Williams created a search feature on Pinterest that has made the internet more inclusive for black women A group of black models with different skin tones, spotted in Paris.

Hands up if you've ever searched for hairstyles on the internet and the search results only gave you white women.

Hands up if after this first search result, you then had to further refine your search by adding "on black people" at the end.

And media folk, hands up if you've had to scroll through about 15 pages of stock images before you found one representing a dark black woman, a woman with 4C textured hair, or a full-figured woman.

Basically, hands up if you've ever felt personally excluded by the internet.

READ MORE: Rihanna had every skin tone in mind when she "took over two years" to create that bronzer we all want

I think perhaps Pinterest has, for years, been one of the most prime examples of the digital crisis of POC erasure.

At a time when conversations around diversity were slowly infiltrating somewhat well-meaning boardrooms, I still couldn't find a picture of a black model while creating a moodboard for a fashion styling assignment in 2018. Yes, 2018.

Where do you guys find black peeople on Pinterest? I've had a scroll through as long as January and only saw one pic with a black model in it.

And several more black people have encountered this same dead end while using the Pinterest app.

However, those days are pretty much over thanks to the introduction of their inclusive beauty search tools. The Pinterest app now has a skin tone filter feature, which offers users four different skin tone palettes ranging from dark to light in which you can find your skin tone while perusing through hair and makeup looks you want to pin. 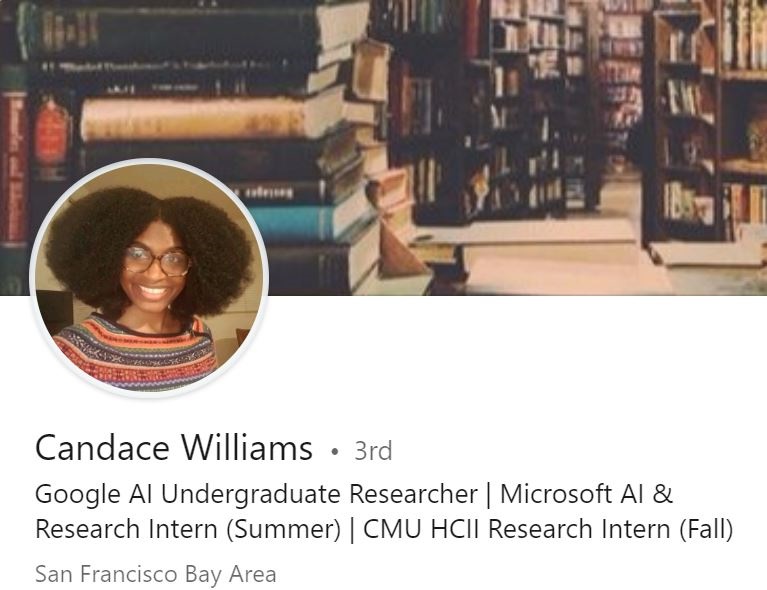 Her impassioned and impressive LinkedIn profile details the fact that Candace "built [her] first robot at eleven and website at thirteen."

"By sixteen, I planned a manned spaceflight to Mars with National Aeronautics and Space Administration and been on project teams at several universities. At eighteen, I had been to two summer engineering residential academies, one which was at Google, and created my first Android Application," the tech and engineering genius further shares on her profile.

It was during her Software Engineering internship at Pinterest when Candace developed the prototype for the skin tone filter that "initially refined results for 80 000 active users", over and above converting profile images to Gestalt to fix the Safari Mobile bug, created a glossary for interns on the Core Experience wiki page, as well as implementing the 'more ideas' feed underneath non-owned boards that resulted in an "88 million increase in weekly pin impressions, summing to 6% of Growth Engineering’s quarterly 1.5 billion impressions goal."

And that's not even half of her accomplishments and innovations. She's done work for NASA, interned at the Office of Congresswoman Yvette D. Clarke, and Engineering for Kids, where Miss Williams teaches how to code in Scratch.

A world in which Candace Williams has interned at Pinterest means that landing on a page tailored for black women is now easier.

Previously, the standard search result when you searched for braided hairstyles looked like this;

And when you would add "for black hair", for example, it would merely generate images of white women with dark hair. However, we're now at a place where a search result such as the one below is no longer a unicorn experience.

Yes, even when you search for makeup looks, inclusivity is a reality. Candace's innovation has since received much-deserved praise on social media where many have reiterated the need for representation, and others sharing how they might now return to Pinterest:

So simple, so effective. See what a lil representation will do for you????‍??

This is what we mean when we want inclusivity and diversity in the workplace, allowing innovations to reflect the society we live in. Not begging our white coworkers to tolerate our ethnic foods during lunch.

Amid all the applause and recognition of her black excellence, the Computer Science student is not of short of candour when it comes to the blessing and the curse of being young, gifted and black as she once tweeted about how "Everyone loves #BlackExcellence until it's time to address the pressure that comes with it."

Everyone loves #BlackExcellence until it's time to address the pressure that comes with it.

Understandably, changing digital age norms where whiteness has always been the default, is a rather big weight to carry on your shoulders at just 21 years old.

In the same breath, knowing that there are young black women like Candace Williams in positions where they can implement historical changes in tech, engineering, fashion, cosmetics, marketing, and medicine means we can look forward to a more inclusive, colourful future.