What to do if you love fashion and he just doesn't 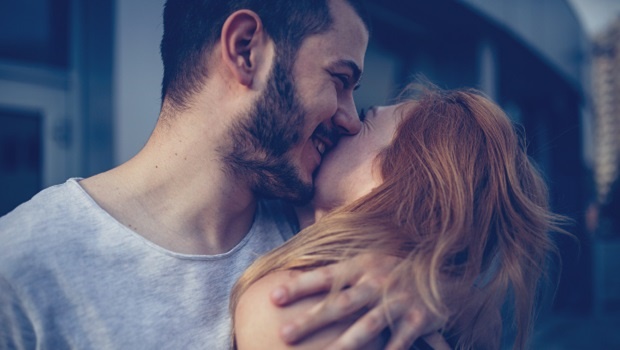 When you're dating a guy whose wardrobe decisions are purely based on the temperature outside, then I feel you girl.

My friends and I have forever been joking that if our guys could wear their slops to bed, they probably would.

Read: Guys dress their girlfriends for a day. Part 1: Ahlume and Lakheni

Vogue.com notes that men fall into two categories when it comes to fashion: “the ones who care and those who don’t.”

Much like women, many just don’t give a shit.

But if you do care and your guy’s fashion sense bothers you to the point that you are almost embarrassed to be seen with him, then you need to deal with the situation. I'd advise you to be as tactful and delicate as possible.

But how does one approach this issue? Does it involve a slow and steady stalking of prey and then a sudden… pounce? Or is it more of a subtle “fixing?"

I’d avoid pouncing – especially if this is a new relationship. Don’t try to turn them into something they’re not. They might end up resenting you for putting them in that pair of stonewashed dad jeans just because you’ve embraced hipster culture to its fullest.

Read: Guys dress their girlfriends for a day. Part 3: Thalitha and Tebogo

And don’t attempt a complete makeover all at once. Rather introduce new ways of thinking about clothing, like saying a certain colour, cut or shoe will look great on him instead of flat-out saying he looks stupid in what he’s currently wearing.

Remember, fashion is important to you, not him. So he would be appeasing you and your needs - which is why you should never treat this like he owes you anything.

To give you a culinary example: your approach should be in line with someone introducing someone else to Brussels sprouts. Let him try it and see how it makes him feel. With Brussels sprouts he might know that it's good for him, but whether or not he'll actually accept the advice (and find out how delicious they are - both the veggies and a style change!) is completely up to him.

So show him that he can look good, but if he doesn’t respond positively, then leave it. It’s just not worth it.

TheFrisky.com notes that positive reinforcements and conditioning (not necessarily in the Pavlovian sense) tend to be best. Try to tap into what he does like and introduce more of that into his wardrobe. As you do that, remember to ask him if (since you’ve added an item to his closet) if you can remove or donate an old (fugly) item.

Because of space issues, right?

And whatever you do, never go the matching-outfit route. Because plakkies worn to your friend's Great Gatsby-style wedding is easier to live with than this... Related Links
#MondayMotivation - go for stripes, luxe fabrics and metallic heels
6 local women with summer style we desperately want to steal
I wore only black and white for a week - and now I question everything
Share
Next on W24
From Victoria Beckham to Erdem - this is the best of London Fashion Week