Why does the 'rich aunt aesthetic' that local influencers love so much exist? 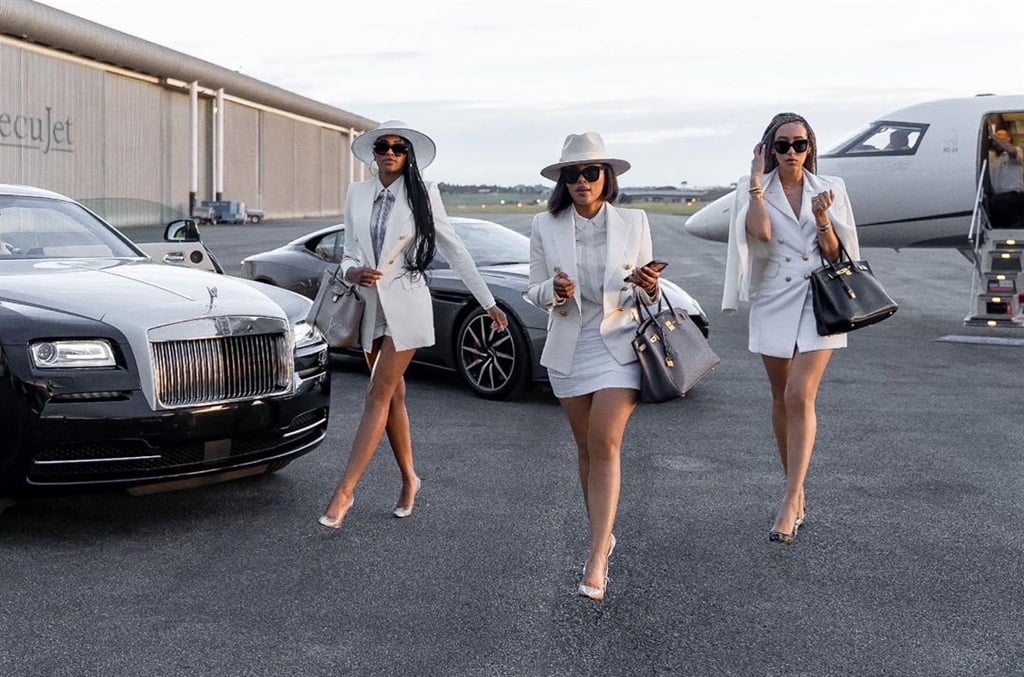 The rich aunt, as a trope, can be traced back to The Fresh Prince of Bel-Air’s Vivian Banks.

When Will Smith is sent to live in plush Bel-Air to escape gang violence and poverty and meets his Aunt Viv (Janet Hubert), we were also subsequently introduced to one of the most aspirational images for black women in post-apartheid South Africa.

Aunt Viv was always dressed in designer clothing as she enjoyed the leisurely, self-fulfilling pursuits that were exclusive to upper-class white women. Her new status enabled her to defy tradition, creating her own path that her race and gender would have denied her.

It’s therefore evident why this is an aspirational image for young black women in South Africa.

Aunt Viv - the rich aunt - represents upward mobility, agency, and independence. In aspiring to become their version of the rich aunt, young women are adopting the character’s visual language.

But why does this trend exist?

Fashion doesn’t exist in a vacuum. There are several influences on this trend that impact why it exists and why it looks like that.

The simplest reasoning for its appearance is that luxury is mature.

While we see teenagers as the faces of editorials and runways, luxury fashion is not made for the young. Chanel suits sell for upwards of R15 000, and most people - unless born wealthy - aren’t earning that money until they’re well into their careers, often into their thirties.

Of course, in the digital age, many are finding financial success at a younger age.

In times of economic uncertainty and unemployment, young people will look to glamourous careers like acting and influencing.

Many millennial women reached success on Instagram after migrating from the blogosphere by providing magazine editorial level content that was accessible, which is why we see such highly produced, high input fashion content.

This is a stark contrast to how Gen Z creates content - improvised and low-res.

Whether or not you like it, the rich aunt aesthetic is significant in understanding the moment.

It’s clear that with the constant threat of poverty, gender-based violence, and marginalisation - emulating the rich aunt aesthetic (somewhat) provides a sartorial reprieve from the grim, harsh realities of what it’s like to be a young, black woman in South Africa.

What's your go-to aesthetic? Tell us about it here.

Disclaimer: News24 encourages freedom of speech and the expression of diverse views. The views of columnists published on News24 are their own and do not necessarily represent the views of News24.

We live in a world where facts and fiction get blurred
In times of uncertainty you need journalism you can trust. For 14 free days, you can have access to a world of in-depth analyses, investigative journalism, top opinions and a range of features. Journalism strengthens democracy. Invest in the future today. Thereafter you will be billed R75 per month. You can cancel anytime and if you cancel within 14 days you won't be billed.
Subscribe to News24
Related Links
This must-have winter outfit everyone's wearing proves that price tags don't affect how good you...
3 influencers share how they are producing work during lockdown, plus tips for content creators
As you diversify your social media feeds, here's how to meaningfully support Africa's content...
Next on Life
Consumers still splurging on luxury items despite soaring prices