Will we ever wear bras on a full-time basis again? 6 local women share their bra-free experiences For an item of underwear colloquially referred to as ibhodi in IsiXhosa, the brassiere sure can be unkind to the body. Underwires digging into your chest with the same force as a heartbreak, straps etching themselves into your skin (as if a temp tat of the outline of elastic on your back has ever been trendy), while silicone gathers sweat droplets in summer. Bras, much like wigs, are so delicate and pretty, yet they're the first items we remove when we get home (pre lockdown days).

A previous W24 article even put the power in women's hands to 'reinvent' the bra if manufacturers were to ever take our grievances and suggestions around bra comfort into consideration. Suggestions from local women ranged from nipple padding, weightless material to ditching metal wires.

READ MORE: If you could reinvent the bra, how would you make it more comfortable?

At least bralettes got to experience their heydays as outerwear circa 2017, getting shown off under blazers and sheer tops, playing peekaboo through crop tops and dresses, or simply worn in lieu of full tops. 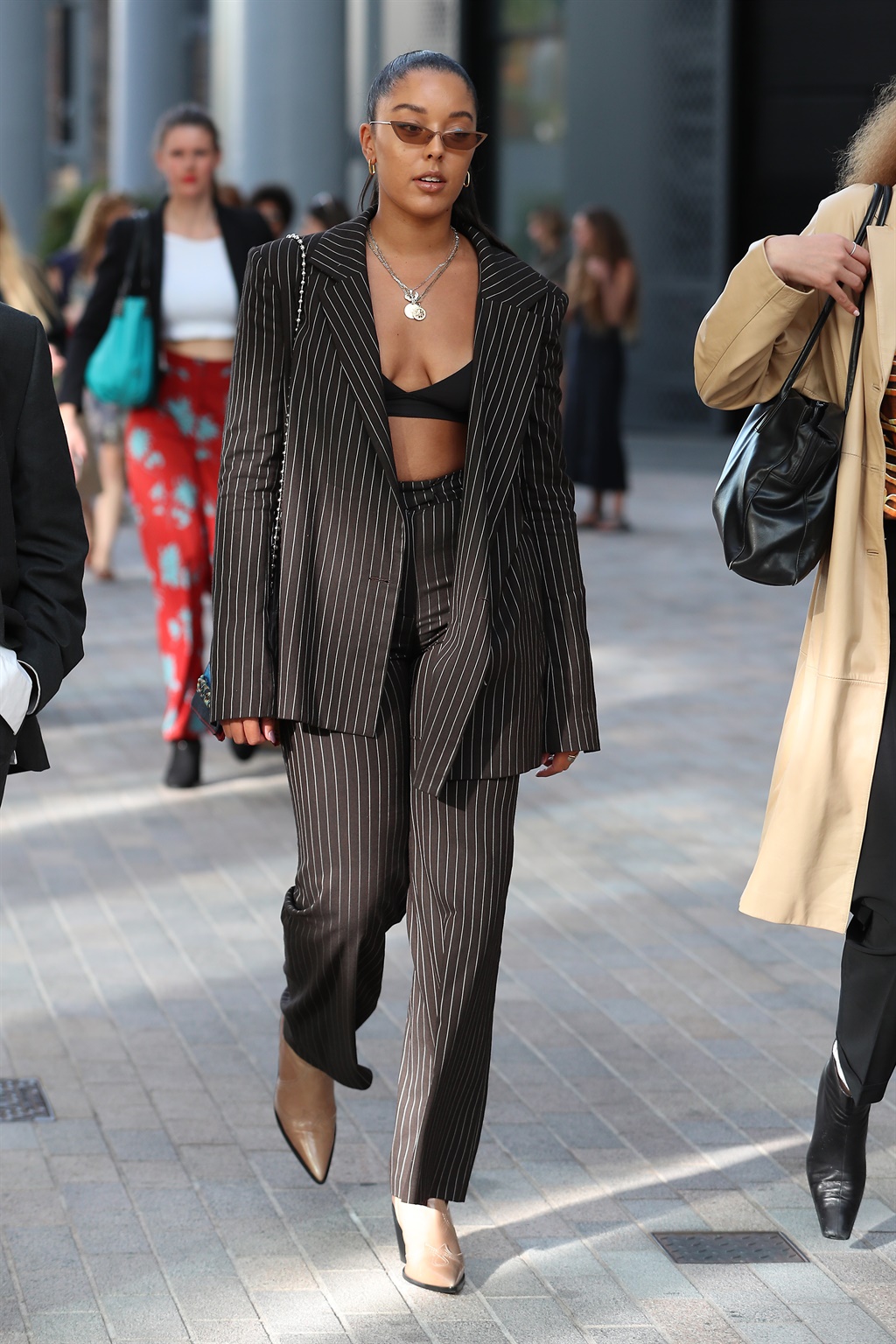 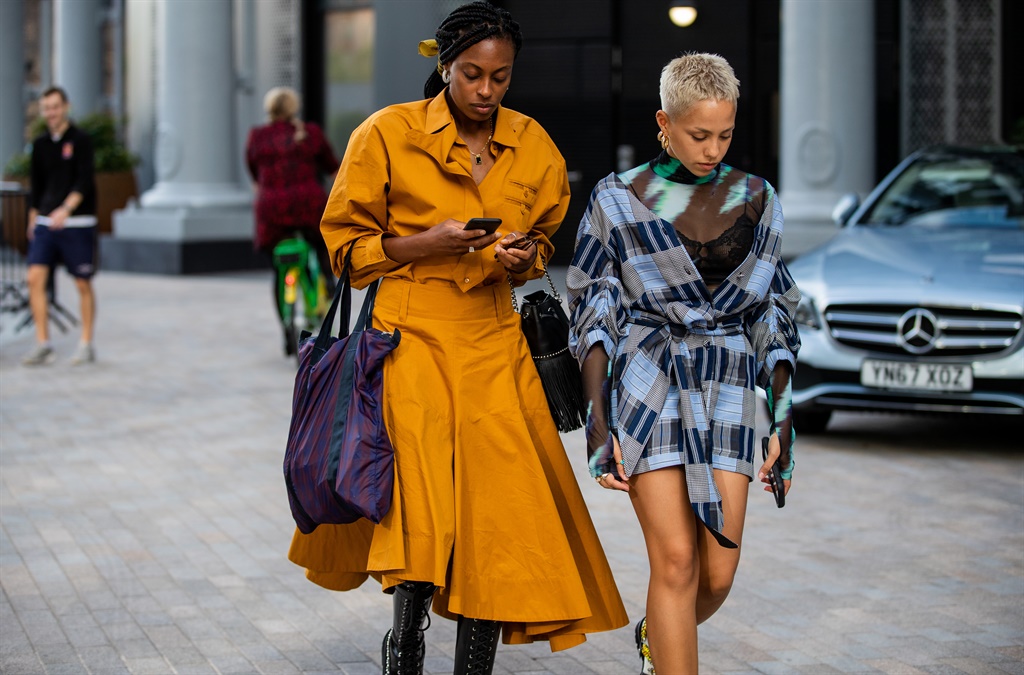 But ever since wearing hoodies, sweaters, cosy knits and luxe sleepwear during our days in confinement has rendered bras almost obsolete, many are toying with the idea of perhaps not going back to wearing them so religiously again.

During the lockdown, I've been putting on a bra for the duration of my working hours, and I usually take it off immediately after working or running an essential errand. For me, wearing one gives me a sense of productivity. I am only an A-cup, so not only do I not really need to strap these petite twins in (even under normal conditions), but the small pangs of discomfort I do feel from wearing every woman's frienemy are hardly as dire as what people with fuller cup sizes experience.

I'm definitely happier without bust support on most days, though.

A recent British Vogue article referenced a study from 2013, conducted by a professor in sports medicine at Université de Franche-Comté, which "concluded that going braless maintained the shape of breasts, whereas wearing one made them saggier. Other studies have shown that losing the bra reduced pain and discomfort, especially in women with larger breasts. Which points to the idea that we wear bras based purely on aesthetic and emotional factors, rather than for any proven scientific benefit."

So as the journey of the bra goes from underwear to outerwear to... 'no wear', here's what a few local women* have to say about how the lockdown has changed their relationships with bras:

"I have exercised my right to go braless since lockdown started, seeing I don't have to be in an office setting. I have been shopping around for cute bras though, purely as retail therapy for now."

"It's been quite uncomfortable wearing bras during lockdown, since it's been a sporadic thing. I literally put them on when heading to the shops and remove them immediately upon my return. I cannot seem to be able to tolerate them for longer than necessary these days. I'm sure many of us will go back to wearing them since it's the accepted convention."

"I cannot tolerate wearing bras anymore. Most times I prefer wearing a sports bra when I go out, because I find it more comfortable compared to a normal wire bra."

"I have a DD cup, and I previously wouldn’t have considered going without a bra, but in the last two months, I’ve gone out grocery shopping without one on several occasions. What liberation! I’ve also bought some under- and sleepwear, and bras were not on the list because I simply don’t have a significant need for them right now. I must say, though, I probably wouldn’t ditch the bra while running any other errands that will keep me out of the house for more than an hour. But for now, I’m enjoying the perks of working from home and not having to dress up."

"For me, being home means no bra even before lockdown, and I will definitely continue with this routine even after the lockdown. On some days I would unclip my bra in the car while driving home lol (that’s how much I dislike bras for my 32B boobs). But now that I’m on maternity leave and I’m breastfeeding my baby, I have to wear a bra everyday, nursing bras to be exact - no underwire, which is super comfy. This is to prevent leakage and keep them from sagging."

"Since lockdown, the last time I wore a bra was probably the beginning of April, and it's been heaven for me. I have small boobs so now I don't even bother wearing one when going to the stores. I don't know what I'm going to do when we go back to work."

Do you think we'll simply go back to convention and dust off our bras when life goes back to normal or will we have adapted to going without by then? Tell us here.

We live in a world where facts and fiction get blurred
In times of uncertainty you need journalism you can trust. For 14 free days, you can have access to a world of in-depth analyses, investigative journalism, top opinions and a range of features. Journalism strengthens democracy. Invest in the future today. Thereafter you will be billed R75 per month. You can cancel anytime and if you cancel within 14 days you won't be billed.
Subscribe to News24
Related Links
Why not continue primping and dressing up when you're working from home and social distancing?
A 9-time Comrades runner, a Soweto Marathon participant, and other fitness enthusiasts share how...
If you could reinvent the bra, how would you make it more comfortable?
Next on Life
Consumers still splurging on luxury items despite soaring prices