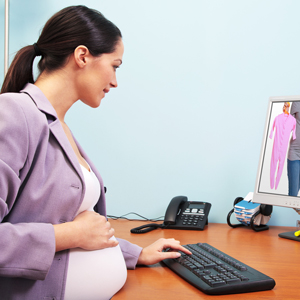 Maternity leave around the world looks very different from country to country. There are even a few surprises: some developed nations, like the United States, have horrible maternity leave policies that differ from state to state.

Legal expert, Karel van der Molen notes that the U.S. and Papua New Guinea, in particular, are "the only two countries that do not have paid maternity leave which is mandated by their respective central governments."

This is, of course, extremely disconcerting as paid maternity leave is crucial to protect the health and economic security of women and their children.

The International Labour Organisation warns that if paid leave is not granted, "long leave periods, especially without job protection, may damage women’s attachment to and advancement in paid work, resulting in wage penalties.”

When we look at the South African situation, we see many pros and many cons.

Legal expert, Sheri Breslaw says that: “South African law does provide some statutory financial benefits for working mothers in that the Basic Conditions of Employment Act provides for 4 months mandatory maternity leave being provided to expectant mothers, during which time their jobs are secure and they are able to claim Unemployment Insurance Fund (UIF) benefits.

This is, however, the bare minimum in terms of benefits and is largely unsatisfactory to the average mom, given that the benefits provided by the UIF are capped at a relatively low amount, and hardly begin to cover the costs of an average household.

Given the rising trend of mothers being the main breadwinners, or sole breadwinners in some instances, in their households, this places a huge amount of pressure on mothers financially and otherwise and, in some instances results in the mother being forced to return to work earlier.

One cannot discount the negative impact that such stress and early work return can have on both mother and baby, and the very significant roll on effect on the individuals in question, the family as a unit, and on the economy as a whole.

Fortunately, there are companies in South Africa which are more flexible and forward thinking in their approach to maternity benefits, affording mothers the option of paid maternity leave and flexible working time on return to work for a fixed period of time. This is largely in keeping with international trends, particularly in Europe."

This goes to show that paid maternity leave is not a luxury, but a necessity.

So, how do countries around the world compare: 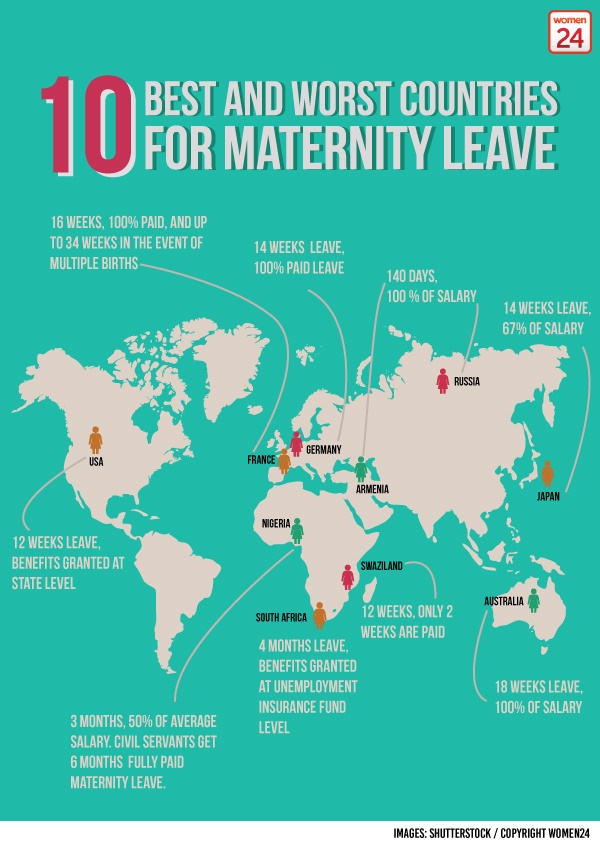 We live in a world where facts and fiction get blurred
In times of uncertainty you need journalism you can trust. For only R75 per month, you have access to a world of in-depth analyses, investigative journalism, top opinions and a range of features. Journalism strengthens democracy. Invest in the future today.
Subscribe to News24
Related Links
Women who work part-time are more productive
Everything you need to know about maternity leave
Next on W24
More women in a STEM field leads people to label it as a ‘soft science,’ according to new research