AT A GLANCE: We still have only one female CEO in the top 40 companies in SA 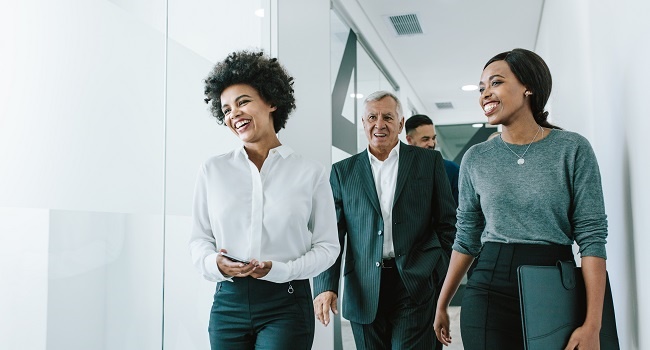 New research reveals that there aren't as many women in top positions as we had hoped there would be.

This is disheartening because, though it may appear that women are on the rise in their respective fields and professions, there are still too few represented in South Africa's top companies and organisations.

Advaita Naidoo, the COO of Jack Hammer, says "the statistics informing the latest Jack Hammer executive report, which is due for release later this year, shows that there has been moderate progress in gender transformation at executive level, but none whatsoever at CEO level."

READ MORE: Survey says asking these 8 questions at the end of an interview helps your chances of getting the job

“At executive level, there has been some progress with more women appointed in senior roles. But still, percentage-wise, women remain woefully under-represented. There is a glimmer of hope at non-executive board level, but clearly a lot of work must still be done,” says Advaita.

This year, the research focused on the management makeup of South Africa's top 40 listed companies, as well as a random selection of 40 other large to medium sized organisations with offices in the country (the broad 40).

“Anecdotally, it is clear that companies want to appoint more women in senior positions," Advaita explains. "We can also see from placement data that shifts are being made at executive level. But when it comes to the most powerful position in a company, women remain conspicuously absent.”

We live in a world where facts and fiction get blurred
In times of uncertainty you need journalism you can trust. For only R75 per month, you have access to a world of in-depth analyses, investigative journalism, top opinions and a range of features. Journalism strengthens democracy. Invest in the future today.
Subscribe to News24
Related Links
Meet 4 phenomenal young SA women farmers under 35 you should know about
Snaps and claps at a powerful women's summit
Meet the first black woman set to become a bank owner in South Africa
Next on W24
Buyers get 15 minutes to stuff as many mannequins as they can into their cars for R1 000