Director and Author, Dineo Molokoane on why it is important to succeed as a black woman Founder and director of Shedding Light, Dineo Molokoane, recently received a nomination and became a finalist in the Media Category, of the Woman of Stature Awards for a show she hosts on TBN, called Phronesis Africa.

Dineo is among 101 women nominees and she's delighted to be a finalist. “It was an incredible feeling. I was both excited and shocked at the same time, truly humbled,” Dineo says.

Dineo joined Woman of Stature in August 2019 and admits it has been a rewarding journey for her. Inspired by the organisation’s work, she says the organisation is a platform for women from all walks of life who are committed to empowering women to live their purpose and reach their full potential 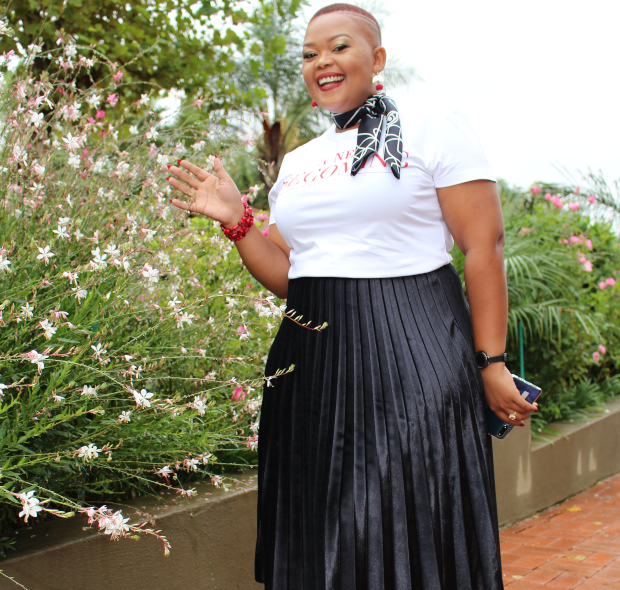 Being one of the finalists of the Businesswomen’s Association of South Africa Awards, Dineo has been an entrepreneur in the Leadership and Transformation field of work for almost five years Succeeding as a black woman is important to her, “When success has a black woman's face to it, it not only liberates me from mediocrity but also unlocks the potential and success of others. It gives others hope and inspires them to reach for the stars.”

READ MORE: Meet the woman who finished her master’s degree in just 5 months — ‘I studied for 12 hours every day'

Although women have been trying to communicate the same message about equality in workspaces, in 2020, we still face inequality.

For Dineo, however, asking politely for space in her industry is not always possible. “Zozibini said it beautifully. We do not wait for others to create space for us in the industry. We take up space and cement ourselves.”

When given opportunities to be in equal positions as the opposite sex, we ought to bring about some change. “Nurture the human spirit. That's what's needed. That's what's missing,” Dineo says on the difference she will bring in her industry.

Dineo strongly believes that her work has significantly contributed to her being a finalist. She sees it as an ability to transform people's lives through media, which is an excellent opportunity for her to touch the lives of our fellow sisters in Africa and beyond.

Are you an empowered woman? Share your story with us here.

We live in a world where facts and fiction get blurred
In times of uncertainty you need journalism you can trust. For 14 free days, you can have access to a world of in-depth analyses, investigative journalism, top opinions and a range of features. Journalism strengthens democracy. Invest in the future today. Thereafter you will be billed R75 per month. You can cancel anytime and if you cancel within 14 days you won't be billed.
Subscribe to News24
Related Links
Business savvy sisters self-funded the first company to bring plastic bricks to SA - ‘I left my...
Meet the woman who left her job as a lawyer in London and opened a pole dancing studio in Cape Town
Here are 5 points to consider when asking for a raise according to recruitment specialist
Next on W24
Meet the woman who makes over R160 000 a month selling toenail clippings and used earbuds