Air hostess, Laura D’amore (37), from Catania, Italy, decided to apply for the job a few years after graduating from university. Almost 13-years later, Laura claims to be ‘the most followed air hostess in the world’ with an impressive 678,000 fans on Instagram alone.

It’s not something Laura expected. She began posting photos online of her glamourous work look and stunning off-duty attire and brands and companies began to take notice. Laura travels on several routes across Europe and is regularly recognised by fans. “Some people I encounter at work say I look even better face-to-face than I do on Instagram. Both customers and followers are very respectful and polite but when they’re not, I immediately block them," Laura says. 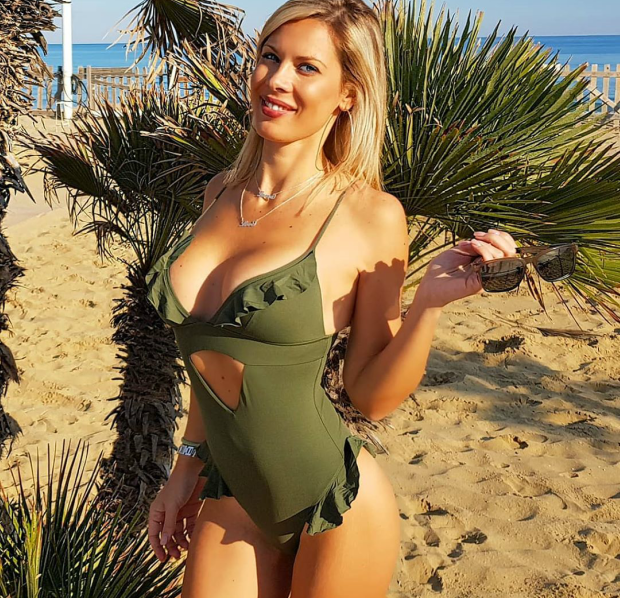 “I’ve had DMs where people have asked me if I’ve photoshopped my pictures because they can’t believe that I look like that. Other men have said that I’m a bad person because I didn’t respond to them, but I have a boyfriend. He’s proud of what I’ve achieved so I don’t think he minds to the situation too much," she says.

“I didn’t always know that this is what I would do. I worked abroad for several years as a teacher before returning to Italy and that’s when I decided to hand in my application to be an air hostess."

Whilst she loves her job, Laura will soon be answering the call of the silver-screen, thanks to her manager, Christian Nardi. “I love constantly waking up in a new city. I’m away from home for a long time, which can be hard but I get to meet new people, and travel a lot,” Laura says. Laura will be starring in a new action/science-fiction film that is being filmed in Italy. “My role as an air hostess has meant that I’ve also become an influencer. Being an air hostess is a job that challenges you to be both dynamic and enterprising and I love the constant evolution.”

We live in a world where facts and fiction get blurred
In times of uncertainty you need journalism you can trust. For 14 free days, you can have access to a world of in-depth analyses, investigative journalism, top opinions and a range of features. Journalism strengthens democracy. Invest in the future today. Thereafter you will be billed R75 per month. You can cancel anytime and if you cancel within 14 days you won't be billed.
Subscribe to News24
Related Links
Cardi B fires back at social media body-shamers after selfie photoshop claims
Chrissy Teigen defends her 'square' figure after trolls spew vile comments about her swimsuit selfie
Gigi Hadid on body preferences in the modelling industry - ‘I was told I didn't have a runway body’
Next on W24
'I bought 10 cars in 4 years then lost them all and used taxis. But I'm rebuilding my business'