4 local crowdfunding projects to put your money towards 1. Save The Orbit
Platform: Thundafund
Goal: R1 million
The Orbit jazz club in Braamfontein has been a celebrated institution of music for years and seeing its name pop up on Thundafund was disturbing. Scrolling through the projects on the platform, I spotted former Idol Heinz Winkler there, too, who’s managed to raise himself R15 000 so far for a new album. The Orbit, however, is doing alright – it isn’t closing down, it’s just extending its monetary base by asking those who are fans of the club to make contributions towards renovations, a sound upgrade, and the launch of an online video feed. A minimum donation of R500 gets you a “personal mention of thanks on social media”, while a whopping R400 000 donation will secure you a private concert with 40 of your friends and family. It has raised R29 020 so far.

2. PLNK Watches
Platform: Thundafund
Goal: R100 000
BCom accounting graduate Boitumelo Jegeh runs an e-commerce store that sells PLNK Watches – beautiful timepieces made from reclaimed wood. Better yet, you can get them engraved with a personal message on the back. Her watches are already for sale on plnk.co.za, but Jegeh is looking for some finance to expand her store, including employing more people, changing her product’s packaging, starting to market and creating pop-up stores. 3. Sugarbird Gin
Platform: Thundafund
Goal: R750 000
South African gin is not to be taken lightly. The day homies realised that fynbos could be used to create some rather delicious gin was the day life took a turn for the better in Mzansi. Sugarbird gin is using crowdfunding to increase its productivity and expand to foreign markets. Backing them at various levels will secure your delivery of its craft spirit, as well as other benefits. It has raised R1 086 973 so far. 4. Paperboyz Internet Cafe
Platform: Thundafund
Goal: R50 000
The enterprising Surprise Malatjie runs an internet cafe in Nkowankowa in Limpopo that offers internet services, printing and photocopying. It also sells prepaid airtime and electricity to the community. He also helps people to type out their CVs. He’s looking for funding to buy more equipment, employ staff and buy a bigger printing machine. What a worthwhile initiative to get behind. Urban Gardening Kit
Platform: Kickstarter
Goal: R35 980
This cute and compact urban gardening kit raised R40 456 and was designed to encourage inner-city people to grow some of their own food. You can easily hang this clever planting bag and pot in the sun on the balcony of your apartment. The kit comes with everything you might need to tend to your seedlings, with an app that has short animated videos telling you exactly what your plant needs that week. The app will even remind you when to water. This is also a kid-friendly kit which could be used to help build their understanding and appreciation for healthy food. The kits can now be bought on reelgardening.co.za from R400. 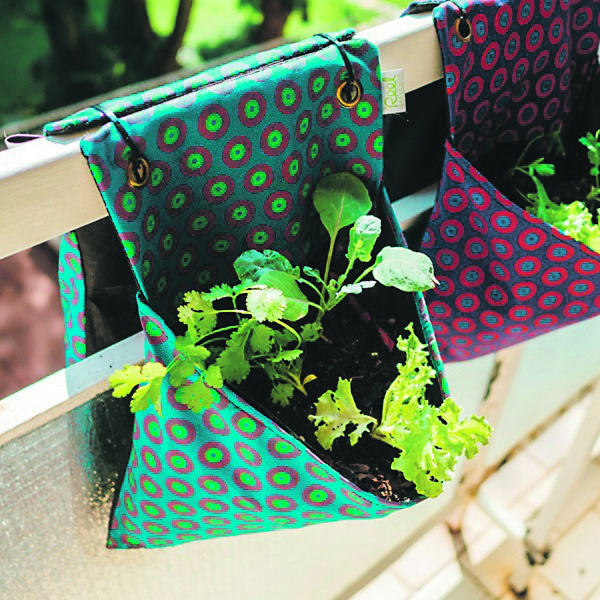 A to Z of Amazing South African Women
Platform: Thundafund
Goal: R100 000
This book project raised R104 400. In a country filled with trashy men, a book like this couldn’t be more appropriate. You will gain insights about women such as Fatima Meer, Caster Semenya and even Dope St Jude. Trash aside, this book is for the sisters and during funding it included an initiative in which 1 000 copies were given to young girls. I can’t think of anything wiser than having this book put in the hands of girls who might not have been able to afford it. The book is now available for R250 on modjajibooks.co.za Rollaball movie
Platform: Kickstarter
Goal: R500 000
The most successful Kickstarter campaign by an African production company, 2013 project Rollaball saw a South African film crew crowd funded to make a documentary on polio survivors who fuse soccer with skateboarding. These Ghanaian players compete in full-on games, resting their knees on skateboards and using their hands to score and pass. The film, which came out in 2016, was very well received, and the team has received international attention from people like professional footballers Sully Muntari and Micheal Essien.
Learn more about it at rollaballmovie.com

We live in a world where facts and fiction get blurred
In times of uncertainty you need journalism you can trust. For 14 free days, you can have access to a world of in-depth analyses, investigative journalism, top opinions and a range of features. Journalism strengthens democracy. Invest in the future today. Thereafter you will be billed R75 per month. You can cancel anytime and if you cancel within 14 days you won't be billed.
Subscribe to News24
Next on W24
From cooking once a week to renegotiating premiums - expert tips on how to ease cash concerns