5 crime books on our radar 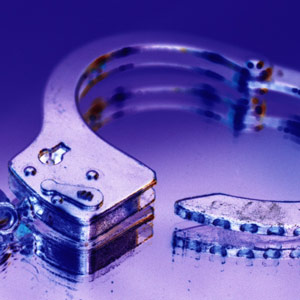 The Book: Dark Blood by Stuart MacBride
Publisher: HarperCollins Publishers Ltd.
What it's about:  Meet Richard Knox. Convicted of the multiple counts of rape and abduction, he has dutifully served his time in prison. He's found God and wants nothing more than to leave his dark past behind and start over

But... not everybody is happy about his release, and no one is more reluctant to be part of the team helping him to relocate than Detective Logan McRae. Things can only get worse when the area Richard chooses ends up being one that's already infested with crime. And soon, one thing becomes very clear - Richard's dark past is not quite ready to let go of him yet.

I admit when I read the premises behind the novel, I was already interested (dark and twisted characters seem to be a big hit with me lately), but what really clinched the deal for me was book trailer. Yes, the blood is fake, but I thought it was creepy enough make me sit up even further. Have a look at the trailer here. Macbride produced and directed it himself.

The book: The Bride Collector by Ted Dekker
Publisher:  Hodder & Stoughton Ltd
What it's about:  A serial killer on the loose kills young women and leaves a bridal veil at each crime scene. Unable to get any breakthroughs to what he considers his toughest case yet, Special Agent Brad Reins appeals for help from an unconventional source: A psychiatric institution for mentally ill patients, who despite their illness are extraordinarily gifted with paranormal skills.

Once there, he meets an unusual woman named Paradise. Diagnosed with schizophrenia, Paradise may have the kind of gift that Brad needs to crack his case. The question is, how real is her gift of being able to experience the final moments of a person's life? And as the killer continues his murdering spree, the question that begs to be asked is: just how much insight can she give into the case before it's too late?

I couldn't find a book trailer for this book, but I specifically chose this book because I am a huge fan of novels where objects (the bridal veil for example) potentially have some kind of meaning and symbolism attached to it.

The book: Theodore Boone by John Grisham
Publisher: Hodder & Stoughton Ltd
What it's about: Our list wouldn't be complete without mentioning John Grisham. From books like The Client and A Time to Kill, to his some of his more recent work, like The Associate, he has long since established himself as one of the finest crime fiction writers out there. His latest novel, Theodore Boone is sure to have many fans rushing out to get a copy.

Strattenburg. It's a city which hosts many lawyers, criminals and crimes. No one knows this better than 13-year old Theo Boone. Considering the fact that he knows every judge, policemen, court clerk and more about the law than any teen should be allowed to, he often thinks he's a lawyer himself. The old saying that knowing too much is never good for you soon becomes apparent when Theo inadvertently finds himself dragged into a high-profile murder trial.

A serial killer is about to go free and it seems as if the only person who knows the truth is Theo. Despite the odds being against him, Theo seems to know that it's up to him to find the answers and to ensure that justice is served, even if it means putting his life at stake.

You can check out the teaser trailer here.

The book: The Whisperers by John Connolly
Publishers: Hodder & Stoughton Ltd
What it's about:  I have to admit that before I even read the synopsis of this book, the ominous sounding title, The Whisperers was enough to intrigue me (Yes, book titles are important to me).  The dark, smoky-hued cover also just adds to the menacing atmosphere that this book seems to radiates, but whether it actually lives up to my perceptions, is another matter entirely.

The border between Maine and Canada is a wide-open gate for where just about anything from ranging from drugs, cash, weapons and people are smuggled through.  A group of disillusioned former soldiers have since started their own smuggling ring and what is being moved between the borders is stranger and more terrifying than anyone could imagine.

Of course, their movements can't remain undetected for long and it's up to detective Charlie Parker to investigate. And in order to do so,  he'll have to form an alliance with a man who he fears more than anything else… A man known as The collector.

Sounds like this book will be fraught with supernatural elements no?

Where you can find it: You can buy a copy here.

The book: Dexter is Delicious by Jeff Lindsay
Publisher: Orion
What it's about: For those of you who don't know - Dexter, the tv series is actually based on the novels by Jeff Lindsay. In his latest book, slated for release in July, things are changing for this vigilante killer. As if getting married wasn't enough, Dex is now the father of a baby girl.

Still, being a father doesn't mean that there aren't murdering scum out there and when two young girls go missing (one of whose body turns up, partially eaten), it's up to Dexter and his team to investigate.

As if that's not enough, Dexter can't seem to shake the feeling that somebody's watching him. And as his stepchildren eagerly start learning the ropes, Dexter finds himself juggling to train his new apprentices, trying to find the missing girl, find out who's watching him and head into a dark underground community who think of death as nothing but a blood sport.

You can buy your copy here.


Right, that's our selection. What crime books have you read lately that you'd like to recommend to all of us? We'd love to hear your suggestions.