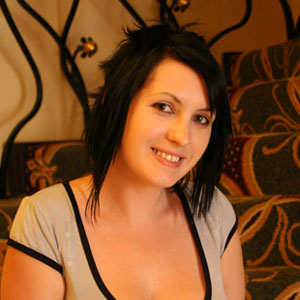 Dark Poppy's Demise introduces us to Jenna, a vulnerable, if narcissistic young girl who falls in love with the darkly charming Robert, a young guy she meets online.

1. What was it that first prompted you to tackle the topic of the dangers of meeting people online in Dark Poppy's Demise?

It’s been an idea that’s been floating around in my mind for a while. I wanted this book to have a thriller element to it and decided that the idea of an Internet predator would be a nice fit.

It wasn’t my intention to preach to readers in any way about the dangers of the Internet, rather I wanted to create a scenario that readers can see themselves in. I always aim for realism in my stories.

2.  Robert sounds like the kind of character that anyone of us could encounter at any given point in time.  Have you had any eerie encounters over the years and if so, how much of your own experiences did you draw from when you wrote Dark Poppy?

I wanted Robert to be someone that doesn’t look like a villain. When you think of predators you imagine someone that’s much older and creepier than most people, whether it’s a physical deformation or just an air of ‘wrongness’. We tend to think we’d know one just by looking at them.

Robert is young, he’s good looking, and he seems nice. Essentially he’s that hot guy that appears on your Facebook friends list that makes you sit up and take notice or someone you’d meet at a party that doesn’t send off alarm bells. He’s the perfect villain because he looks like someone that can be trusted.

I’ve had plenty of eerie encounters over the years of stalker types that send you messages asking you to send them pictures of your shoes, but I’ve also met some very interesting people online that have become valuable friends. I’ve even dated someone I met online.

I didn’t draw on any personal experiences for the novel, except for maybe some of the dialogue.

3. For anyone who has read any of your previous novels, how does Dark Poppy differ in terms of writing style and characterisation?  What can readers expect?

I think I’ve just started developing my own style. Dark Poppy’s Demise is only my third published novel so I still have a lot to learn. I do think it’s my most confident novel to date, so hopefully the next one will be even better.

The characters are always the starting point for me and I build the plot around them. After I finished Fuse, the character of Jenna popped into my mind and very soon after that her brother Ian also appeared. I really wanted to explore the relationship between them, but at the same time I wanted the story to be about Jenna and her journey. She’s my proud little heroine with crazy hair and Converse sneakers.

4. Jenna is a character that isn't necessarily easy to love, although her teen angst is certainly understandable considering her household circumstances.  What do you think it is about flawed characters (besides the relatable factor) that draw young and old readers alike to their stories?

I think characters do need to be a little flawed to start off with. No one wants to read about a completely average, boring character that has no personality to speak of.

When I started reading L.J Smith’s Vampire Diaries I was disappointed in just how ordinary Elena Gilbert was but as the series progressed, so her character came into its own and its one of my favourite YA series of all time (although Night World is still the best).

The best characters are those who most remind us of ourselves. Jenna is needy, she’s naïve, she wants attention, and she’s socially awkward, but at the same time she’s also feisty, brave, creative and loving. In short, she’s real, and that’s the effect I was going for.

5. Towards the end of Dark Poppy, Jenna goes through a rather horrific ordeal. How emotional  is it for you when you place your characters in such harrowing situations?

The scene where Jenna is fighting for her life inside that house was the hardest to write. I was stuck for a long time and couldn’t bring myself to even look at the pages. I felt guilty putting her through that because as a writer, I had become attached to this little person I had created. It was a very emotional experience.

I do enjoy writing the thrilling parts though. There’s huge satisfaction in imagining scenarios that just work the way you want them to and when they affect the reader the way you expected them to.  I enjoy the challenge.

6.  Dark Poppy ends in a way that leaves the reader feeling rather blindsided. Why did you choose to end it the way you did? And does this mean we can expect a sequel soon?

I wanted the book to end on a happy note but I also wanted the story to have a sting in the tail, hence the epilogue. You might think I’m mad saying the book has a happy ending but on closer inspection, it does. Jenna survived her ordeal and she’s carrying on with life.

She has a resilience that is quite astounding. And yes there will definitely be a sequel. Jenna’s story is far from over. I also to further explore her relationship with her brother Ian and make him more of a central character. As for Robert… I’m still in two minds whether he’ll be reappearing.


7. As with your previous novels, with Dark Poppy you've certainly proven that you're not afraid to tackle topics that many people would consider dark. Is there anything subject that you consider taboo and wouldn't write about?

This is a tough one to answer. There are definitely some topics that I find difficult to write about, like sex. The difficulty for me lies in seeing a fifteen or sixteen year old kid in a sexualized way. That doesn’t mean that I won’t include sex in my novels. It just means that I have to work harder to get it right.

I don’t think there’s anything I won’t write about. Reality can be much more disturbing than fiction, and I firmly believe if something horrible happens to teens in the real world, it should most certainly be explored in fiction. As a writer of realistic fiction I feel I owe it to my readers to be as authentic as possible and if that means exploring gritty topics then so be it.

I recently read Forbidden by Tabitha Suzuma which explores the incestuous relationship between a brother and sister. It was brilliantly done and actually makes the reader question their own opinions on the subject.

That’s what I hope to achieve with my novels. Other good examples are Divergent by Veronica Roth which sees kids training to be killers or Invincible Summer by Hannah Moskowitz that has a teenage rape victim punish herself and those around her by being promiscuous. I want to challenge people’s perceptions.

7. Over the last few weeks there have been severe attacks against the YA fiction genre because many are claiming that it's becoming too dark and violent -some even going as far as to claim that books like Twilight romanticize domestic violence.. What are your thoughts on this?

This goes back to my last point. We can’t control what young people read and we shouldn’t want to either. It’s not ethical. Life is hard, and fiction puts this into perspective.

Teenagers have a lot on their plates with school, peer pressure, parental pressure, life pressure and some young people, especially in South Africa, have to deal with so much more: family responsibilities, crime, drugs, HIV, abuse, poverty. As writers we have a responsibility to reflect these issues unhampered by censorship; to essentially tell it like it is.

Fiction is an unbiased medium that can help young people deal with the issues they face. When I was younger K.A. Applegate’s ultra-violent Everworld series helped me accept the hardships I faced in my life.

I felt that if those characters could survive their ordeals, so could I. Now as for Twilight… I enjoyed the series, and I don’t believe it romanticizes domestic violence. Bella Swan is a selfless character that puts the needs of others before her own. She even puts her own life in danger to save her mother. It’s this selflessness that attracts Edward to her and makes him want to protect her at all costs. It’s a love story and nothing more.

Our review of Dark Poppy's Demise will be up shortly. If you'd like to purchase a copy, please click here.

We live in a world where facts and fiction get blurred
In times of uncertainty you need journalism you can trust. For only R75 per month, you have access to a world of in-depth analyses, investigative journalism, top opinions and a range of features. Journalism strengthens democracy. Invest in the future today.
Subscribe to News24
Related Links
Author interview: Joan de la Haye
Next on W24
Golden Globes 2016: best and worst dressed