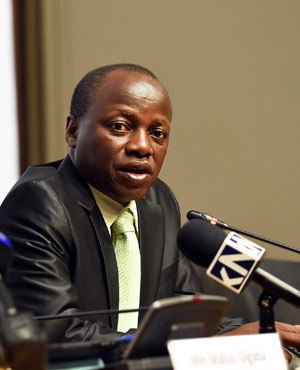 Johannesburg - Limpopo police could not yet say whether the truck driver involved in the crash on Sunday which killed Minister of Public Service and Administration Collins Chabane, his driver and a bodyguard, was under the influence of alcohol.

"When they arrested him, he took a breathalyzer test," spokesperson Colonel Ronel Otto said.

"It did indicate that he might have been drinking. So we took him to a hospital for blood tests."

Otto could not say how long it would take for the results of the blood tests to be made available.

The driver was arrested on Sunday shortly after the incident.

"We opened a case of culpable homicide, that will be investigated," said Otto.

Chabane and his bodyguards Sergeant Lesiba Sekele and Sergeant Lawrence Lentsoane were killed instantly when a truck allegedly did a U-turn in front of their car on the N1 near Polokwane in the early hours of Sunday morning.

The truck driver was not injured.

He would appear in the Polokwane Magistrate's Court on Tuesday.