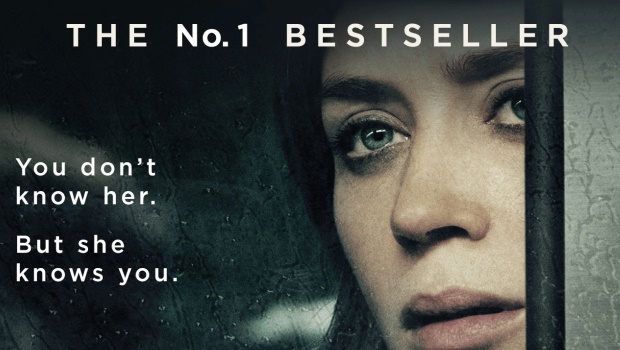 Hints at possible spoilers:  We’re chatting about plot twists in the following books mentioned below. While there aren’t any overt spoilers, there are hints that could be construed as such, so if you haven’t read the books below, do proceed with caution.

Right, so a few years back, I read a novel by Sandra Brown called Envy. While the author has garnered a reputation for herself as being the queen of romantic suspense, I thought I’d be getting my usual fare of an enjoyable mystery, with hints of spice to liven things up a little.

I couldn’t have been more wrong.

Do you know how you have those moments when something happens in a book that causes that novel to stay with you for years after you’ve read it? This ended up being one of them.

The thing is it’s not so much that you couldn’t see which direction the book was going in (the villain in the book is fairly obvious), but more in the way that the book plays out.

The story-within-a-story premise of this novel is clearly calculated and cleverly plotted. Marris is a book editor and publisher married to author and womanising publisher and author husband Noah Reed. Noah is vicious and self-serving but hides it relatively well under a guise of a charming persona.

The thing about plot twists is that I often find that even though some are predictable, I still enjoy it because it’s validated my suspicions about the direction the book is going in.

When Marris receives an unsolicited manuscript that draws her into a new story, she tracks down the reclusive, antisocial and wheelchair-bound author in order to get more of the story from him. Parker Evans, said author, has quite the story to tell.

It’s a story about greed, envy and how it can bring out the sociopathic tendencies in people who will do anything to get what they want – including trying to kill someone you considered your friend.

The more Marris finds out about the book, the more Marris can’t help but wonder just how much of the story is based on real life and why the characters in the story seem strangely familiar.

Noah, for his part, is invested in this book for reasons of his own – reasons that aren’t hard to guess.  I’ve seen many being a bit unsatisfied with the ending because they wanted an epilogue, but personally I felt that payback at the end of the book was jaw-dropping and cleverly done.

Our villain assumes that Parker is helpless because he’s wheelchair bound, but that’s exactly where he’s wrong and is exactly what made that ending all the more sweeter for me. And I will leave it at that because I’ve given enough of the plot away that I don’t want to reveal just what he does at the end of the book. Suffice to say that I think it’s time to give that book a reread.

Over the years, I've since read many books that have featured unexpected twists and turns.

Hint: If he cheats once, he’ll probably cheat again.

The thing about plot twists is that I often find that even though some are predictable, I still enjoy it because it’s validated my suspicions about the direction the book is going in.

Take for example, The Girl on the Train by Paula Hawkins. While I didn’t think much about the seemingly nondescript book blurb, the book proved to be far more interesting and absorbing than I thought it would be.

To put it mildly, the book is a character study in awful human behaviour. What starts off as a seemingly ordinary book about Rachel, a woman who travels the same route via train and whose keen observations about her favourite couple she views from a certain point at one of her train stops (whom she’s dubbed Jess and Jason) soon lead her to go to the police when she believes that she’s seen something incriminating.

Rachel is an unreliable narrator and the fact that she’s a self-destructive alcoholic with very little sense of self-preservation. It becomes increasingly worse when her life is not only complicated further by her constant visits and emails to her ex-husband and his new wife’s picture perfect home, but also when she becomes overly involved in almost every aspect of the investigation.

Needless to say that when it comes to the lives of all the couples involved, it’s clear that domestic bliss is nothing but an illusion. With one woman missing and presumed dead, a grieving partner looking like a suspect and history repeating itself in terms infidelity – well, it all leads to a fascinatingly messy story where almost no one comes out looking good.

Hint: If he cheats once, he’ll probably cheat again.

And then, you get those books that have such twisted endings, they actually spawn hashtags like #WTFthatending. Sarah Pinborough’s Behind Her Eyes is a book I’ve pretty much been trying to get everyone to read.

What makes this book stand out a little is that besides the psychological element, there’s a supernatural element that really takes this book to another level.

A couple whose marriage is not what it seems, the interloper who inadvertently gets drawn into a web so intricate that by the time she realises just how well she’s been played, it’s far too late and the lovesick and potentially sociopathic friend whose obsession proves to be the most lethal of all.

It’s like something out of the X-files. Think body-swapping and astral projection with deadly intent and even deadlier results. It’s already one of my favourites of 2017.

What books feature some of your favourite plot twists? Tell us about them (also if you’re providing details about the plot, include a spoiler warning in case we haven’t read the book).

Here are this month’s top 10 reads

Watch: How to avoid spoilers (yes, I am aware of the irony)

Until next time,
Happy reading as always

We live in a world where facts and fiction get blurred
In times of uncertainty you need journalism you can trust. For 14 free days, you can have access to a world of in-depth analyses, investigative journalism, top opinions and a range of features. Journalism strengthens democracy. Invest in the future today. Thereafter you will be billed R75 per month. You can cancel anytime and if you cancel within 14 days you won't be billed.
Subscribe to News24
Related Links
What if your colleague turned out to be a serial killer?
Quiz: Which famous novel does this first line come from?
6 books to read if you love fairy tales
Next on W24
EXCERPT | Transitioning Later in Life: Loss/gain of male privilege