Book review: The Miseducation of Cameron Post by Emily Danforth 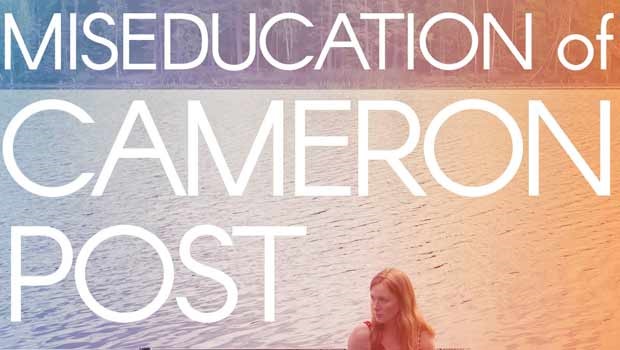 There shouldn’t be anything too significant about this story.

It should be like any other teenager’s coming of age tale; a constant negotiation as the protagonist navigates his or her way through a road paved with obstacles related to sexual discovery and everyday friend and family struggles.

But for 12-year-old Cameron Post from Miles City Montana, life is unfortunately just not like it is for other teens.

It’s different because she’s gay. The novel tells her story of discovery, falling in love, being intimate with a girl for the first time and dealing with her bottled-up, tormented emotions.

Read more: 4 ways we can keep our local libraries from being closed down

As she starts to experience sexual awakening, her parents die in a car crash. One of her first thoughts after hearing the dreadful news was that at least now her parents wouldn’t have to ever know that she likes to kiss girls.

After the accident, Cameron’s life takes another life-altering turn as she has to go live with a conservative relative, Aunt Ruth.

The book goes on to deal with ‘de-gaying’ or ‘conversion camps’ which are defined by its disdain for homosexuality as it tackles gay teens’ so-called ‘unnatural urges’ by means of religion. Promise is one such camp that Cameron ends up attending.

Yet, as fascinating as these camps are and how it fosters an environment of both fear and compliance, it wasn’t the most interesting part of this book for me.

The frustratingly beautiful and almost barely-there love story between Cameron and her best friend Coley Taylor is what got me.

It’s complicated as Coley is coupled with one of the school’s main football jocks.

And like any teen crush, Cameron harbours strong feelings of lust and love for Coley without acting on it for months as they get closer and closer.

This infatuation seems very one-sided for a long time, until something inexplicable happens one day at a festival.

It struck me hardest because it is like any other teen love drama, but with an added bit of self-loathing.

The kind that can only be developed over years of denying who you really are, because you’re taught to deny it and wish it away.

More than anything this novel shows the dangers involved with suppressing desire, acting straight and denying one's preferences and sexual interests.

This story plays out in the 1990s but shows how we are still today presented with a system of value that assigns homosexuality as the other, the sexuality that’s different.

Purchase a copy from Raru.co.za.

We live in a world where facts and fiction get blurred
In times of uncertainty you need journalism you can trust. For 14 free days, you can have access to a world of in-depth analyses, investigative journalism, top opinions and a range of features. Journalism strengthens democracy. Invest in the future today. Thereafter you will be billed R75 per month. You can cancel anytime and if you cancel within 14 days you won't be billed.
Subscribe to News24
Related Links
5 books that explore the damaging effects of rape culture
“Three different companies have approachd me to turn The Blessed Girl into a movie”- Angela Makholwa
What authors really earn: the problem with book piracy
Next on W24
EXCERPT | Transitioning Later in Life: Loss/gain of male privilege