Have you read Sorry, Not Sorry yet? How about The Love Diary of a Zulu Boy? South Africa’s book publishing industry has been serving up some really great page turners of late - when it comes to fiction and non-fiction.

As much as I love reads from international publishers, I often feel like we don’t give enough love to our tremendously talented local authors – traditionally published and self-published.

At the up and coming Kingsmead Book Fair and the Franschhoek Literary Festival (I'm excited to be going again this year) we can look forward to mingling with local and international literary stars who will take part in robust discussions in panels designed to enthral the reader and encourage them to buy more books.

Today we've rounded up our favourite local picks below and hope to meet the writers who brought these stories to life: There are four current topics that elicit strong reactions from the South African public. Those are, and not in any particular order, politics, race, crime and land (the latter gaining more traction in the last couple of months).

Within that bracket of race, there’s an additional factor to consider – that of interracial relationships in a political climate where relations, underneath the surface are still strained.

In his provocative memoir, author and journalist Bhekisisa Mncube delves into his own experiences with love across the colour lines and discusses everything from being married to an English white woman, to being called a traitor and what it was like to meet his in-laws for the first time.

Read the extract, I married a white woman and many call me a traitor, now up on W24. Mine by Sally Partridge

This quote, in a nutshell, sums up the experience of two broken teens with self-destructive tendencies whose paths collide in Sally Partridge’s latest Young Adult novel, Mine.

One of SA’s best voices in teen and young adult fiction, Sally delivers another stellar and heartbreaking book which kept me reading well into the wee hours of the morning.

Fin and Kayla are two characters who both seek escape from a world that’s never been kind to them.

But can two characters who are broken beyond repair find common ground and heal each other? Or will the obstacles they face only serve to remind them that sometimes, happily-ever-afters are only for the self-possessed and confident?

Never scared to delve into topics that asks difficult questions, Mine explores issues around consent, bullying, abuse, imposter syndrome and asks what happens when love isn’t enough to save you. It’s not an easy ready, but it’s an important one. The Blessed Girl by Angela Makholwa

One of the best voices in fiction, Angela Makholwa made waves with her book, The Blessed Girl, which was released in the latter half of 2017.

Angela gives us a quirky, tongue-in-cheek and at times, irreverent look at blesser culture.

Featuring go-getter heroine, Bontle Tau who isn’t afraid to do whatever it takes to keep her sugar daddies (yes, plural), and thereby her high maintenance lifestyle, The Blessed Girl is not only laugh-out-loud funny, but interspersed in the moments of humour is a story about family ties and what happens when the going gets rough.

Read our review of The Blessed Girl here.

And if you’re still undecided, we’ve got an excerpt from the book which you can read here: Author and activist Helen Moffett has really been a driving force in the efforts to save water. While Cape Town is headed into winter, it is probably tempting to relax the rules on saving water because we’re seeing a little more rain.

But a water crisis isn’t simply fixed in one go, and if you’ve gotten into the process of saving so much water that you’re saving on costs (which is why it's not just a handy guide for Cape Town), there should be no reason to stop.

In Helen’s 101 Water Wise Ways, she provides us with a handy guide on how to keep saving water.

Read this excerpt on how to change your kitchen and entertaining habits in an effort to save more water. 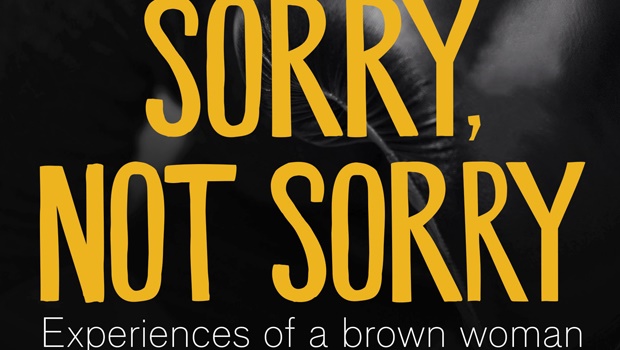 In Sorry Not Sorry she examines subjects that include why she’d rather debate open racists instead of liberals, talks about whether or not Islam is really as anti-feminist as is claimed and why Converse tekkies are actually a political statement for people of colour.

Read an excerpt on What Bollywood movies have taught her: From When the Sea is Rising Red and House of Sand and Secrets, to Beastkeeper and her latest and self-published novel Empty Monsters, Cat’s work is a smorgasbord of everything I love in a book, particularly fantasy fiction.

Empty Monsters is set in the same world as When the Sea is Rising Red but can very much be read as a standalone (you’d be missing out though!).

It’s a delightfully magical and queer read that tackles issues of family and the bittersweet sting of love in its various forms  – as a rule Cat’s characters are wonderfully fluid – and features three standout characters, Gil, Ade and Tabeth whose lives are as difficult and complex as they are.

Intertwined they’re tadpoles in a pool of hierarchical issues that are bigger than they are, and fighting against a system that shows that sometimes the monsters don’t just exist on the outside.

Lush, evocative and beautifully written, Empty Monsters is a must read.

Buy a copy from Amazon.com The PowerFM host and prolific journalist has enraptured readers and listeners in and around South Africa for years.

From in-depth and complex discussions to discourses that unpack our political landscape, Iman’s passion for letting the truth be heard and uplifting communities is only a few of the things that have made her beloved amongst many readers.

Her memoir, Becoming Iman, touches on issues of dealing with death, growing up in apartheid South Africa and the perceptions that many people of colour still have about themselves.

We recently got hold of Iman to ask her a few questions about her book.

Read our interview with her here: The Wren Hunt by Mary Watson

Another local author whose book I recently fell in love with is Mary Watson’s The Wren Hunt. Mary, who grew up in Cape Town and is now based in Ireland, was recently in South Africa to promote her fantasy novel and to talk about what inspired her book.

The Wren Hunt is a story that’s based on an ancient Irish tradition but has themes that hone very much in on elements that remind Mary of South Africa.

We loved this dark fantasy novel that’s rooted in subtle magic and features a protagonist who struggles to find a place where she belongs.

Check out our books section where we’ve got more fabulous reads in store for you! Crime thriller fan? We’ve got an awesome giveaway for you. One of this year’s most talked about is Karen Hamilton’s The Perfect Girlfriend which gender flips the stalker trope and turns it completely on its head.

In the excerpt we featured (and which you should definitely check out if you want a taste of what you can expect), I mention that in fiction – particularly psychological thrillers – Gone Girl has set the precedent for the exploration of women with dark urges.

These are women whose stories are as discomfiting as they are fascinating, and judging from the popularity of books like Gillian Flynn’s bestselling novel, they are more in demand than ever. So, if you’re in the mood for something a little dark, then enter our giveaway to win 1 of 3 copies of The Perfect Girlfriend.

Yours in books that celebrate local fiction and non-fiction

We live in a world where facts and fiction get blurred
In times of uncertainty you need journalism you can trust. For only R75 per month, you have access to a world of in-depth analyses, investigative journalism, top opinions and a range of features. Journalism strengthens democracy. Invest in the future today.
Subscribe to News24
Related Links
5 movie endings that were wildly different from their book's version
Bitchy women and bad boys: sexism in fiction
Why does reading Mills and Boon have to be a dirty little secret?
Next on W24
EXCERPT | Transitioning Later in Life: Loss/gain of male privilege