Last week Amber Heard filed for divorce from husband Johnny Depp after 15 months of marriage. She said he beat her, assaulted her physically, and verbally abused her throughout their relationship.

But she’s a liar, not a victim. At least, that’s the predominant public opinion.

A judge recently granted her a temporary restraining order from Depp for the domestic violence claims. The actress showed up in court with photographic, video and real life evidence in the form of a swollen, black eye and bruised cheek.

She said Depp lugged a cellphone at her, hitting her cheek and eye. She also said he grabbed her face, pulled her hair and hit her repeatedly.

Her neighbour testified that Heard often confided in her, sharing that Depp abused her regularly.

According to Refinery29, police were unable to verify this claim as Heard apparently did not insist on a police report on May 21st when she called them to the couple’s home. Police say there was no evidence of a crime. 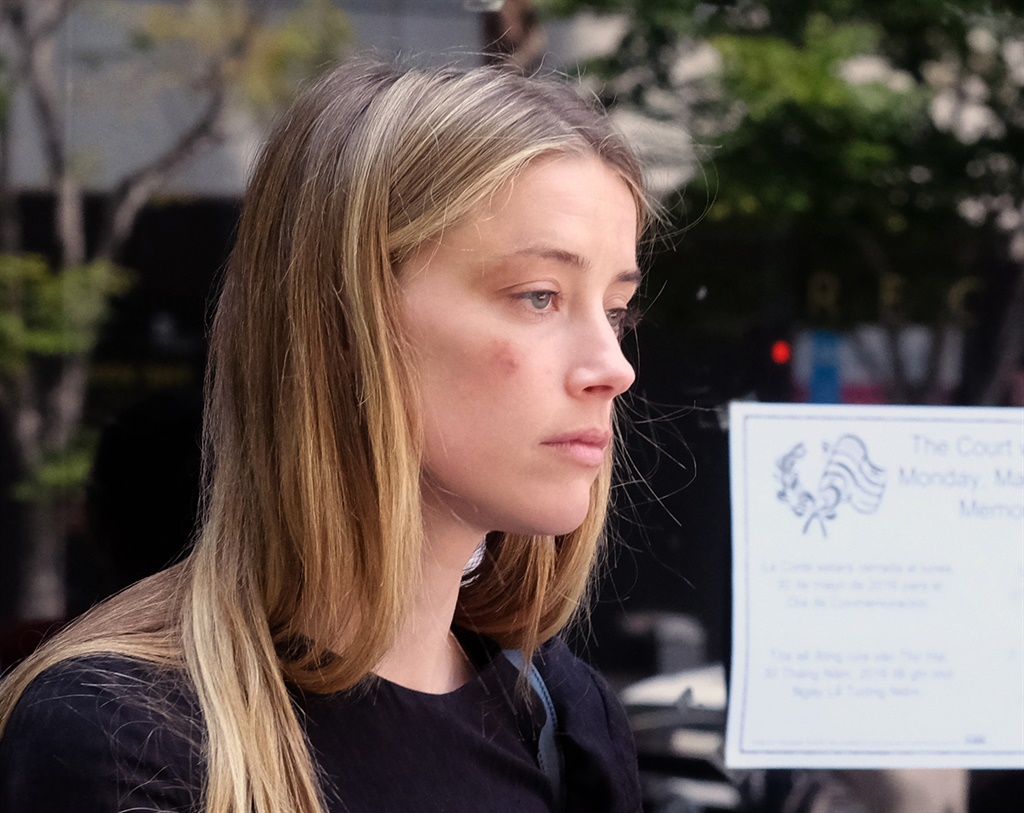 The Daily Beast reports that Depp and Heard do not have a prenuptial agreement and Depp is allegedly worth $400 million. He was on the Forbes 2015 richest celeb list.

Depp’s daughter, up and coming model, Lily-Rose, took to social media to show support for her “loving” father. Posting the below throwback to Instagram, she captioned: “My dad is the sweetest most loving person I know, he's been nothing but a wonderful father to my little brother and I, and everyone who knows him would say the same.”

My dad is the sweetest most loving person I know, he's been nothing but a wonderful father to my little brother and I, and everyone who knows him would say the same ??

So, what conclusions do people draw? Heard is out for money, of course. It’s as clear-cut as that. Despite the fact that she’s a famous movie star in her own right.

So what? She was caught smiling, therefore she is lying? Did she orchestrate a bruise and made up a story so that she could take him for all he’s worth? It was her scheming plan all along! Mwahahah!

People will find any reason to blame the woman, rather than the man, for her own abuse. No one is exempt. Not even Amber Heard.

It is not definite that Depp abused Heard. It is important to note that these are still allegations. But what if he did do it?

Well, if we look at historical evidence, not much will come of it. For male celebrities who have been accused of domestic violence, the consequences have been negligible.

This article in The Daily Beast reports that over 80 prominent male celebrities have been accused of violent behaviour against their female partners, yet they remain untouched. The worst consequences they have suffered are a few columns or  tweets condemning their behaviour.

Let’s take lovely, lovely Chris Brown for example. In 2009 he plead guilty for beating his then-girlfriend Rihanna. Later that year he was playing to sold out crowds and received a Grammy nomination for his album, Graffiti.

Like The Daily Beast says: “We live in an age when, if someone sends a bad tweet, we put their career in a casket and dance on their grave. Beating people is OK, though.”

Proving all of this is the ever-fair court of social media *insert sarcasm here* who have taken sides and the #imwithjonny hashtag has garnered lots of support for Team Depp on Twitter. Read these if you dare.

What a perfectly cooperative "bruise" - held up just enough for a court appearance, gone next morning. #ImWithJohnny pic.twitter.com/M4sAOtyObO

#JohnnyDepp sorry but this doesn't add up .... #imwithjohnny

wtf is wrong with #AmberHeard she's messed up accusing Johnny Depp of being a woman beater. We all know what's she's after ???? #ImWithJohnny

everyone jumping to conclusions, y'all realize there are two sides to a story. #imwithjohnny #ImWithAmber

I don't believe Amber, the nite of the "assault" cops were called and they didn't see ANY sign of abuse. She just wants $ #imwithjohnny

We live in a world where facts and fiction get blurred
In times of uncertainty you need journalism you can trust. For 14 free days, you can have access to a world of in-depth analyses, investigative journalism, top opinions and a range of features. Journalism strengthens democracy. Invest in the future today. Thereafter you will be billed R75 per month. You can cancel anytime and if you cancel within 14 days you won't be billed.
Subscribe to News24
Related Links
5 celebs you forgot hit women
Next on W24
Eva Longoria on that R630 Cannes dress: 'It's not the dress, it's the woman who wears the dress'