Beyoncé and Blake Lively are friends? Plus other unexpected celeb buddies 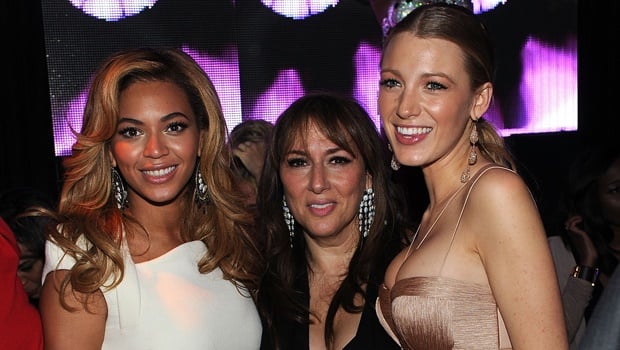 There are loads of famous friends in Hollywood that we are all too familiar with. Think from Matt Damon and Ben Affleck to Drew Barrymore and Cameron Diaz, but there are some little known friendships that will surprise you.

Here’s a list of celeb pals we didn’t see coming:

They’ve hung out a few times and, honestly, it just makes sense since they’re all super famous and talented women. It’s like a girl gang of excellence. READ MORE: Cardi B speaks out about being told pregnancy would be "career suicide"

Beyoncé asked Blake to make a cameo in the video for her and Jay Z’s Part II (On the Run) and we were all like “but how do they know each other?” Turns out Bey and Blake were both involved in Gucci's Chime For Change initiative along with other celeb names. It was at the 2010 jewellery collection launch hosted by Beyoncé  and designer Lorraine Schwartz that we first saw them pictured together though. The pair first became friends in 2008, not long after The Beckhams moved from London to LA. David even appeared in an episode of the reality TV show Snoop Dogg’s Father Hood. And Snoop told the UK Mirror that David is “like a brother” and that he’s going to show him how to rap. While most us know that Beyoncé  is friends with Gwyneth Paltrow, it’s not really as well known that Chris Martin and Jay Z are also firm friends. They met in 2006 and Chris collaborated with Jay on his comeback album Kingdom Come. They have also performed together a number of times. The pair have been friends for quite some time now, but it’s unclear how they first met. But they often post pictures of their awesome vacations and fun times to Instagram.

Cheers to more core memories wit these 2 @serenawilliams @valgabond :) What an epic adventure

These two were introduced by a mutual friend in 2013 and not long after that Ed reportedly spent three months living at Courteney’s beach house while writing music. And Ed introduced Courteney to her fiancé, Johnny McDaid.

My friend Courteney is nominated for a People Choice Award for favourite cable tv actress. She's never won one before and she lets me live in her beach house, so how's about we all vote for her and win her the damn thang eh? Safe. Vote here please kind people - http://www.peopleschoice.com/pca/vote/votenow.jsp

They are such good friends, they actually spend vacations together. They were spotted in Chris’s native Australia soaking up the sun in April 2017 before they went off to Monaco with their wives.

Great trip to Monaco thanks to @tagheuer #formula1

READ MORE: Celebrities whose relationship or marriage has survived infidelity

Mariah Carey and Will Ferrell

We so did not see this one coming! The Elf actor recently supported Mariah during one of her Las Vegas shows and the singer took a pic of them afterwards posting to her Instagram "Shake and bake!! Thank you for coming to my show last night !! #elf forever!!"

Shake and bake !! Thank you for coming to my show last night !! #elf forever !!

They made friends when they worked together on the New York Restoration Project. They became friends on the set of Arthur and have remained close ever since. They performed together at the 2001 Grammys, but have since stayed in touch and remain friends. When Eminem was struggling to get sober, he called Elton and asked him for advice. Kim Kardashian and Mel B

They became close friends after Mel moved to LA back in 2012 and Mel was even at Kim’s wedding to Kris Humphries and she got an invite to Kim’s baby shower when she was pregnant with North West. They met when they filmed Junior in the early ‘90s and have stayed friends since. READ MORE: Queen Elizabeth’s cousin will have the first gay royal wedding! And 18 other LGBTQ+ couples who are super in love

They might seem like an odd pair, but these two love to walk red carpets together and they go to parties together and everything. They met when they were recording voice overs for the animated film, Home and have been close ever since. We live in a world where facts and fiction get blurred
In times of uncertainty you need journalism you can trust. For 14 free days, you can have access to a world of in-depth analyses, investigative journalism, top opinions and a range of features. Journalism strengthens democracy. Invest in the future today. Thereafter you will be billed R75 per month. You can cancel anytime and if you cancel within 14 days you won't be billed.
Subscribe to News24
Related Links
Why we should all follow Bonang’s "My private parts. My business" motto
What Gigi Hadid looked like as a baby and DJ Zinhle, Chrissy Teigen and more celebs share...
Ariana Grande is reportedly engaged after a few weeks of dating – is it a good idea?
Next on W24
Zendaya is glad her fans respect her boundaries after growing up together

Get the newsletter
Voting Booth
Do you think it's important to get married in this day and age?
Please select an option Oops! Something went wrong, please try again later.
Yes, it's important in order to create a family unit and for companionship
22% - 674 votes
Not at all. Being single is far more liberating
9% - 279 votes
There is no general answer to this, it's each to their own
50% - 1546 votes
Yes, society still frowns on unmarried people, especially women
1% - 40 votes
It depends on whether you are able to find a compatible partner
18% - 556 votes
Previous Results
Fashion
Would you spoil your furry friend with the Gucci pet bed worth R122 000?