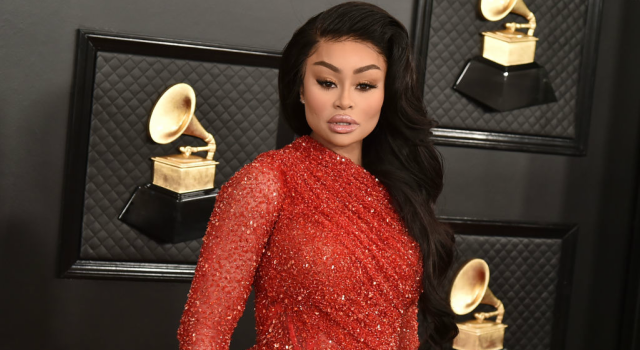 The ‘Rob and Chyna’ star – who has Dream with her ex Rob Kardashian and King Cairo with her former flame Tyga – insists she doesn’t get child support from her famous exes. “My biggest flex? I mean, just honestly taking care of my kids by myself as a single parent, but no child support. So that’s my biggest flex,” she says on SiriusXM’s Hip Hop Nation.

READ MORE: Keeping up with the Kardashians no more: the complicated legacy of reality’s first family

At the start of the year, Chyna vowed to vigorously contest Rob’s attempt to seek primarily custody of their daughter. “Chyna will vigorously contest this latest despicable attempt to take way her daughter in a court of law, where she will keep prevailing against her ex-fiancé Rob and the other malicious and vindictive members of his family,” Lawyer Lynne Ciani said.

During the custody battle, Rob accused Chyna of regularly hosting parties at her home in front of Dream and inviting people around to drink and insisted their daughter’s behaviour has changed as she's started “naked twerking, and acting out sexual positions that she said her mom taught her.”

We live in a world where facts and fiction get blurred
In times of uncertainty you need journalism you can trust. For only R75 per month, you have access to a world of in-depth analyses, investigative journalism, top opinions and a range of features. Journalism strengthens democracy. Invest in the future today.
Subscribe to News24
Related Links
‘My siblings expect me to take care of our parents alone’ - 3 women share their experiences
I celebrated Pride Month by coming out to my parents and this was their reaction
Ellie Goulding was cynical about marriage though she looked forward to her wedding day
Next on W24
Rihanna's new Savage X Fenty campaign features black breast cancer survivors