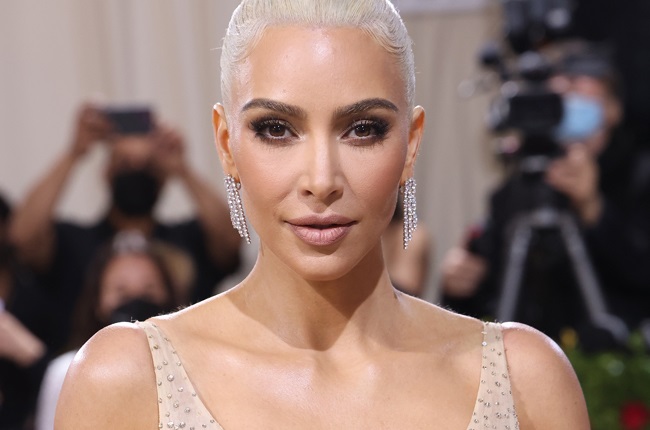 Remember when Kim Kardashian wore Marilyn Monroe's iconic nude illusion dress to the Met Gala and had everyone talking?

Well, it turns out one of the people who had something to say was the actual designer of the dress, Bob Mackie -- and he was not happy.

The 82-year-old, who originally sketched the dress early on in his career while working as an assistant to Jean Louis, told Entertainment Weekly that he thought Kim Kardashian wearing the gown was "a big mistake".

"[Marilyn] was a goddess. A crazy goddess, but a goddess. She was just fabulous. Nobody photographs like that. And it was done for her. It was designed for her. Nobody else should be seen in that dress."

Bob, like many historians, also pointed out that Kim wearing the original Marilyn dress on the red carpet could have caused damage to its structural integrity and preservation.

Kim wore the original dress while walking the red carpet, but according to E! News, switched into a replica after.

Entertainment Weekly writes that Bob was only 23 when he sketched the dress for Marilyn under the direction of Jean Louis.

The gown became iconic when Marilyn Monroe wore it to President John F. Kennedy's 45th birthday celebration, where she sang a now-famous rendition of "Happy Birthday" to the US president.

We live in a world where facts and fiction get blurred
In times of uncertainty you need journalism you can trust. For 14 free days, you can have access to a world of in-depth analyses, investigative journalism, top opinions and a range of features. Journalism strengthens democracy. Invest in the future today. Thereafter you will be billed R75 per month. You can cancel anytime and if you cancel within 14 days you won't be billed.
Subscribe to News24
Next on W24
'Gender just isn’t something that feels fixed': Emma Corrin feels 'seen' with gender neutral pronouns

Get the newsletter
Voting Booth
Do you think it's important to get married in this day and age?
Please select an option Oops! Something went wrong, please try again later.
Yes, it's important in order to create a family unit and for companionship
22% - 706 votes
Not at all. Being single is far more liberating
9% - 290 votes
There is no general answer to this, it's each to their own
50% - 1606 votes
Yes, society still frowns on unmarried people, especially women
1% - 42 votes
It depends on whether you are able to find a compatible partner
18% - 571 votes
Previous Results
Fashion
'Being frugal and spending R550 on my Durban July dress almost ruined my style...