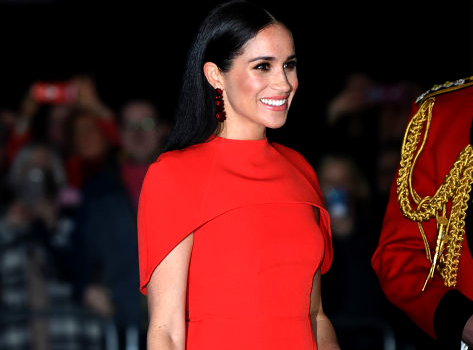 The Duchess of Sussex is teaming up with Smart Works, a charity that helps women find employment. The charity shared a clip of one of Meghan’s video calls on Twitter.

The Duchess became a patron of Smart Works in January last year, and the organisation also shared a message from her in which she praised the charity for their ability to empower women.

We live in a world where facts and fiction get blurred
In times of uncertainty you need journalism you can trust. For 14 free days, you can have access to a world of in-depth analyses, investigative journalism, top opinions and a range of features. Journalism strengthens democracy. Invest in the future today. Thereafter you will be billed R75 per month. You can cancel anytime and if you cancel within 14 days you won't be billed.
Subscribe to News24
Related Links
Meghan Markle’s beauty looks on her final royal tour make a profound statement
Meghan Markle’s British Vogue issue the fastest selling in 103-year history of the magazine, plus...
Meghan and Harry: a timeline of their relationship
Next on W24
Ruling the red carpet: Aishwarya Rai's best Cannes looks