"Lady Gaga says she feels 'ugly' and I can totally relate" 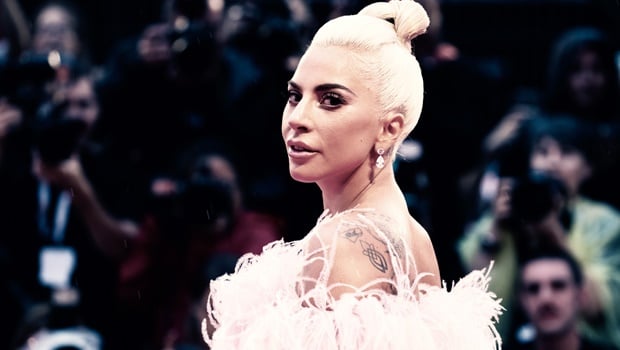 When the first trailer for A Star Is Born dropped, I couldn’t get enough of raw, unfiltered Lady Gaga and her performance as aspiring singer Ally.

If you haven’t seen it yet, here’s the trailer. I personally am not a fan of Bradley Cooper, but I’m willing to look past his role in the film just to see Gaga shine.

In a recent interview with the Los Angeles Times, Lady Gaga opened up about how insecure she was about her bare-faced performance and recalled doing a screen test for the role in 2016.

READ MORE: An actor and alleged sexual predator gets a standing ovation but an actress demanding equal pay gets shunned

Co-star and director Bradley Cooper approached her with a makeup wipe and asked her to remove her mascara, foundation and blush as he said he wanted the test to be “completely open”.

Gaga, who was born Stefani Germanotta, and who is known for her dramatic make up looks, admitted that being without makeup, being so unfiltered, made her feel vulnerable. However, she told interviewer Amy Kaufman that she decided to “completely let go and trust” Cooper in that moment.

"It put me right in the place I needed to be, because when my character talks about how ugly she feels—that was real," Gaga recalled in the interview. "I'm so insecure. I like to preach, but I don't always practice what I preach."

The singer went on to say that, like her character Ally, when she started out in the music industry, she was often told that she didn’t have the right “look.” In the end, she told the interviewer that it’s her fans who ultimately make her feel beautiful.

"To be honest, I think what makes me feel beautiful is when I see happiness in my fans," she said. "When I see or hear from them that the music that I've made has changed their life in some way, that's what makes me feel beautiful. Because this is just the outside, you know? And at the end of the day, I could be in a million movies and put out a million songs and everyone could say, 'She was so beautiful,' but that's not really what I want. I want them to say, 'I saw that movie and I cried my eyes out and I learned something about myself."

Now, while I may not be making Hollywood movies or multi-platinum selling albums, I do know what it’s like to feel ugly.

I’ve never felt that I’m an attractive person. I was always made fun of for being taller and bigger than the other girls in my class and not being conventionally pretty.

Now, I’ve mostly made peace with the fact that I’m not the best looking person in the world, but there are days it’s harder than others. Especially when I feel really depressed and haven’t washed my hair in a while and look at myself in the mirror and don't like what I see.

Makeup often helps me to feel a little prettier. So I like wearing a pretty red lip, or going vampy with a dark matte lipstick and winging my eyeliner, but there are times when even that is not enough.

Some days I’ll go barefaced to work. Then I get comments from people asking what’s wrong or if I’m okay. Sometimes I am feeling sad and then I get it, but sometimes I just didn’t feel like wearing lipstick and eyeliner. Can a girl embrace her ugly in peace?!

But when I’m not brave enough to talk about the ugly or lean into it, then I use my big, curly hair and my winged eyeliner as a bit of a shield. No, this isn’t every day, but for someone who has never really been told she’s beautiful (except by her amazing boyfriend), it can be hard to just believe that about yourself as an absolute truth.

We live in a world where facts and fiction get blurred
In times of uncertainty you need journalism you can trust. For only R75 per month, you have access to a world of in-depth analyses, investigative journalism, top opinions and a range of features. Journalism strengthens democracy. Invest in the future today.
Subscribe to News24
Related Links
Our own Lady Gaga? How to make Manthe Ribane’s eccentric style your own
'Plus-size' model recreates Rihanna and other celeb red carpet looks - using food!
What '90s Naomi Campbell and 2013 Rihanna have in common
Next on W24
Lucy Hale found cutting her long hair to be liberating: 'I felt like I stepped into my own'

Subscribe to newsletters
Voting Booth
Have you ever purchased a fake luxury/designer item?
Please select an option Oops! Something went wrong, please try again later.
Yes, I believed it was authentic
7% - 190 votes
Yes, I didn't want to spend that much money on the original item
20% - 571 votes
No, I always shop at reputable stores
14% - 390 votes
No, I don't wear designer clothing
59% - 1646 votes
Previous Results
Fashion
Five intellectual fashion statements from history that anticipated today’s dark...