No Donna Karan, we’re not ‘asking for it’ 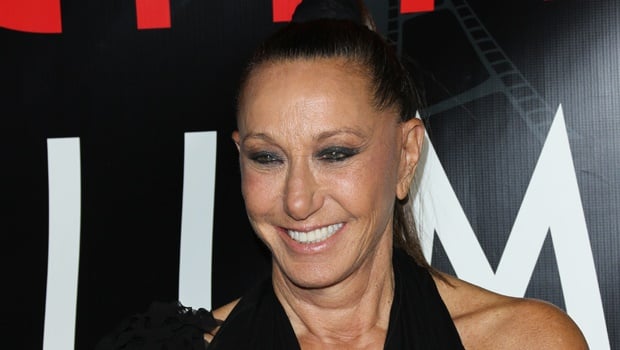 The disgraced film producer Harvey Weinstein who has been accused of sexual assault against several women has since been fired from his post at the Weinstein Company. Yet, during a red carpet interview with the Daily Mail at the CinéFashion Film Awards on Sunday, Donna Karan (a famous designer, some of whose items are quite racy themselves) took it upon herself to lay the blame at the women who have accused him. Unlike Meryl Streep, Judi Dench, Jessica Chastain and various other stars who have spoken out against Weinstein.

Not only did she say that Weinstein was “wonderful” and that he and his wife were “wonderful people”, she also said “I also think how do we display ourselves? How do we present ourselves as women? What are we asking? Are we asking for it by presenting all the sensuality and all the sexuality?”

She also said that women who dressed provocatively are asking for “trouble”. “You look at everything all over the world today and how women are dressing and what they are asking by just presenting themselves the way they do. What are they asking for? Trouble.”

Really, Donna? Really? This is just despicable. No woman ‘asks’ to be abused no matter how little she is wearing or how sensually or sexily she is dressed.

Rape is about someone taking power over another person. It is about violence and fear and dominance. It is not because they were enticed by how short a woman’s skirt was or how low-cut her top was. Rape is always and exclusively the fault of the rapist. Not the victim.

While Karan has now distanced herself from her previous comments and says they were taken out of context, her attitude is a major problem.

Women need to support other women, especially when they’ve been brave enough to come out and speak out against an aggressor (especially one as powerful as this one) and say they’ve been wronged by him.

According to the Telegraph, former child star Lindsay Lohan has also defended Weinstein in an Instagram post saying, "I feel very bad for Harvey Weinstein right now, I don't think it's right what's going on. He's never harmed me or did anything to me — we've done several movies together. I think everyone needs to stop — I think it's wrong. So stand up."

Lohan also urged Weinstein’s wife Georgina Chapman who said she was leaving her husband in the wake of the scandal, to stand by Weinstein through this time.

Just because you’ve never been hurt by him doesn’t mean other women haven’t. Why are some women so quick to slut-shame and victim-blame instead of standing united in the face of adversity? Do we blame patriarchy? Do we blame internalised misogyny? Or is it some combination of the two?

Here in SA, when poet and musician Ntsiki Mazwai recently alleged in a tweet that she had been raped by kwaito star Brickz, who was recently convicted of raping his 16-year-old relative in 2013, there were so many people (too many women too) who criticised her and asked why she had taken so long to speak out.

And while reading the replies to Ntsiki is disturbing and upsetting, it also proves a very important point that Ntsiki herself made.

Society is the ONLY reason women don't report rape

“Society is the ONLY reason women don’t report rape”. Truer words were never tweeted. Between basically being called a liar, being victim-blamed, slut-shamed and harassed for telling the truth, how can you blame women for keeping quiet about their sexual assaults?

Instead of blaming and shaming we rather need to stop rape from happening.

We live in a world where facts and fiction get blurred
In times of uncertainty you need journalism you can trust. For only R75 per month, you have access to a world of in-depth analyses, investigative journalism, top opinions and a range of features. Journalism strengthens democracy. Invest in the future today.
Subscribe to News24
Related Links
Harvey Weinstein and rape culture in Hollywood – men are protected while women are shamed
Woman takes pictures with her catcallers to raise awareness
Why DJ Dimplez' cover art was triggering for South African women
Next on W24
A peak into Paris Hilton's luxurious wedding registry that totals over R880 000

Subscribe to newsletters
Voting Booth
Have you ever purchased a fake luxury/designer item?
Please select an option Oops! Something went wrong, please try again later.
Yes, I believed it was authentic
7% - 363 votes
Yes, I didn't want to spend that much money on the original item
20% - 1050 votes
No, I always shop at reputable stores
13% - 695 votes
No, I don't wear designer clothing
60% - 3162 votes
Previous Results
Fashion
Anya Taylor-Joy is the first-ever Face of the Year honouree at fashion awards