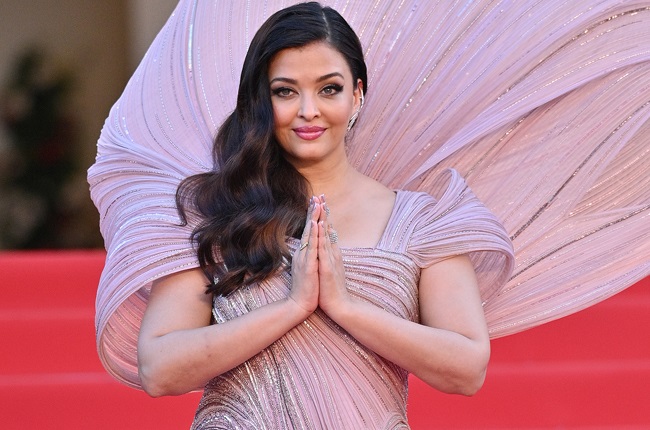 Aishwarya Rai has once again stunned at the Cannes Film Festival, this time dressed in a pink couture gown with an eye-catching shell-like structure on her back.

According to the Hindustan Times, in an interview with PTI, the designer of the gown, Gaurav Gupta, revealed his inspiration behind the garment.

"We wanted something which denotes hope, birth and beauty. After all the world has gone through in the past few years, we wanted to celebrate life and art," he said.

The dress was inspired by Sandro Botticelli's famous painting Birth of Venus. The shell structure was meant to symbolise Venus' rise from the scalloped shell.

The designer also revealed that the detailed garment took 20 days to make with 100 artisans working on it.

Aishwarya wore the dress while attending the screening of Armageddon Time at Cannes.

READ MORE | Eva Longoria on that R630 Cannes dress: 'It's not the dress, it's the woman who wears the dress'

Take a look at the gorgeous gown below: Do you love this dress as much as we do? Let us know here.

We live in a world where facts and fiction get blurred
In times of uncertainty you need journalism you can trust. For 14 free days, you can have access to a world of in-depth analyses, investigative journalism, top opinions and a range of features. Journalism strengthens democracy. Invest in the future today. Thereafter you will be billed R75 per month. You can cancel anytime and if you cancel within 14 days you won't be billed.
Subscribe to News24
Next on W24
'Gender just isn’t something that feels fixed': Emma Corrin feels 'seen' with gender neutral pronouns