Queen Elizabeth’s cousin will have the first gay royal wedding! And 18 other LGBTQ+ couples who are super in love Channel24 reports that Lord Ivar Mountbatten, Queen Elizabeth’s cousin, is set to marry his partner, James Coyle, in what will be the first same-sex marriage in British royal family history!

Lord Ivar first revealed his relationship with James in 2016 when he came out. He was previously married to a woman named Penny and has three children with her. The former couple are still friends and Penny is even going to give Ivar away when he marries James.

We’re so happy that this will be happening, so we decided to look at more LGBTQ+ couples who are super happy and who we’d be sad to see break up.

The actresses are so in love it’s adorable! They’ve said they never wanted to make their coming out a statement, but it looks like they made one anyway!

Somizi proposed to Mohale in Paris on the love lock bridge in March 2018. No word on a wedding date yet, but we’re sure it will be a spectacular event!

Day well spent with my bestie. Now off to work

The former Yo TV presenter moved to London in 2015 and inbetween then and now found the lovely Coco. They seem so happy!

My plus one #wcw ??????‍??‍??‍????????? The way I appreciate you, I have no words. I’m filled with emotion; mainly love. I’m overcome with joy and happiness. You - my plus one, my side by side, have stood by me & continue to stand by me. I’ve chosen to start my path over, came to new land to work my way to the top again (what a wonderful humbling challenge I’ve chosen for myself - not easy, it wasn’t meant to be but definitely a beautiful reminder that entertaining, creating and being creative is a part of me - always!) and I couldn’t have asked for a better cheerleader. I foresee greatness, none of this was in vain ???? Patience is indeed a virtue! My woman, my crush, here’s to crushing our dreams, here’s to fulfilling our path, here’s to our continued healing and healing of others and here’s to all the retreats and sacred spaces we’ll be hosting in the future. Here’s to our abundance! Oh and more so, here’s to breezing through border control together ?? Thank you for you! ♥? #loveislove #pridemonth #tellheroften #appreciateher #appreciatelife #appreciationpost #southafricansinlondon #alwaysraisingtheflag #proud #dualcitizenship #italian #british #ontonewthings #changeisgood #thefutureisbright

READ MORE: 5 uplifting ways you can celebrate Pride this month

They’ve been together 10 years now and they seem to still be going very strong.

This was a trip I’ve been waiting my whole life to make. Thanks for making me look so good while I did it, @Moncler and @Patagonia.

These two were secretly enagaged for five years before they announced it to the world after the gay marriage equality bill passed in New York in 2011. They’ve been married since 2014.

David Burtka is one of the great dads, bar none. He is kind, selfless, zany, honest, strong, wise and a bright beacon of love. Gideon and Harper truly lucked out, as did I. Happy Father’s Day, @dbelicious. We love you a ton. #grateful

These two married in 2017 and they raise Ricky’s twin boys Matteo and Valentino together. 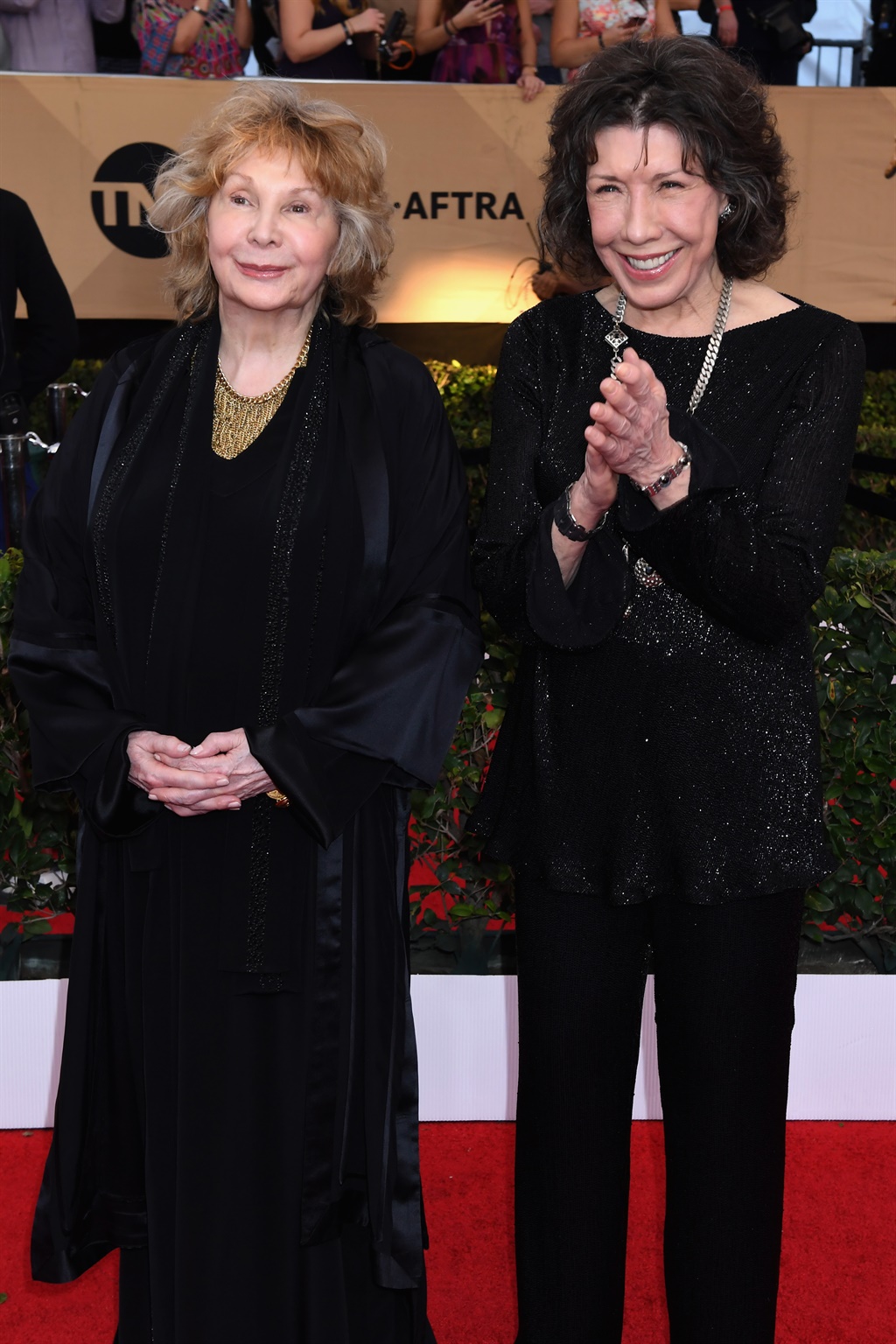 READ MORE: “Calm down, Beyonce!” Hurricane Bianca and 7 other LGBTQ+ movies that will keep you entertained this weekend

The Drag Race host announced that he and Georges had secretly married during an interview in March 2017.

Jodie married the photographer in a secret ceremony in April 2014. They first met on the set of Orange Is the New Black and then got married in March 2016.

Thank you, again, @disneyland for these dope #rosegoldchurros!!!!! (Yes, that is a thing). And for making our 1st anniversary so magical. :) #disneyland #getmorehappy

They secretly married in 2011 but Matt didn't announce it until a May 2014 interview with Details magazine. They have three sons together, Henry, Walker, and Kit.

Last one I promise! I wanted to share one of all of us. Thank you again @thetonyawards ! @halls.simon #tonys2018

The British dive champion announced his engagement to the American screenwriter in 2015 and they got married in 2017.

They’ve been married for 10 years now and have twins Olivia and Lucas together. They got engaged in September 2013 after two years of dating and then married in December 2014.

Theme parks are waaaaaay cooler with these two around!

The pair got engaged at a rally supporting same-sex marriage in New York in 2009 and were wed in 2012 after the law was passed. The Modern Family star and his lawyer then-boyfriend got engaged in 2012 and married in July 2013.

Get us to the church on time!

The couple were in a civil partnership for eight years until same-sex marriage was legalised in Britain and the pair got married in December 2014. They have two sons, Elijah and Zachary.

David and I went live on Ukrainian radio to talk nationally about HIV awareness. It’s brilliant how much support we get from the media there. @ejaf @davidfurnish

The actor and his entrepreneur partner tied the knot in September 2014 and welcomed twins Willow and Ethan in October 2016.

We live in a world where facts and fiction get blurred
In times of uncertainty you need journalism you can trust. For only R75 per month, you have access to a world of in-depth analyses, investigative journalism, top opinions and a range of features. Journalism strengthens democracy. Invest in the future today.
Subscribe to News24
Related Links
“Calm down, Beyonce!” Hurricane Bianca and 7 other LGBTQ+ movies that will keep you entertained...
7 transgender celebs you should know about
5 uplifting ways you can celebrate Pride this month
Next on W24
Inside Paris Hilton's wedding: one of her gowns took 3 000 hours of hand embroidery to make

Subscribe to newsletters
Voting Booth
Have you ever purchased a fake luxury/designer item?
Please select an option Oops! Something went wrong, please try again later.
Yes, I believed it was authentic
7% - 388 votes
Yes, I didn't want to spend that much money on the original item
20% - 1115 votes
No, I always shop at reputable stores
13% - 743 votes
No, I don't wear designer clothing
60% - 3341 votes
Previous Results
Fashion
Some of my best outfits cost R100 or less: This is why I will always love thrifting