I proudly make up the group of people who've watched the first The Kissing Booth movie more than once. As a sucker for teen movies especially of the romance kind (because I never experienced it at that age), I've lapped up every cheesy offering this genre has served. All of them, even the bad ones - I'm not exaggerating.

And at a time when social media feeds and news platforms are littered with grim reports, I think a lot of us will take any light-hearted content that's out there.

So why did I watch The Kissing Booth twice? When I watched it for the first time, I had done no prior reading on it despite it being an adaptation of a book trilogy. I merely stumbled on it one Friday evening. As I was watching, the surroundings looked very familiar, and the more I watched, the more I was like "hey, that's my old UCT res. Aren't these people in LA?"

Quick Google search later, and it was confirmed.

Most of Kissing Booth 2 was shot on location in Cape Town, South Africa. “The most  satisfying, gratifying and exciting thing about shooting in South Africa again is that we got literally every single actor from the first movie back in the second one,” leading actress Joey King said.

I then figured I'd watch the first film again a month later after I'd seen it for the sake of nostalgia of place - some very fond memories were made at UCT's Upper Campus residences (mine being Fuller Hall). Teenagers in uniform is not a standard sight in those corridors, but it's been intriguing seeing the contrast between high school drama noise from both Blood & Water and The Kissing Booth bounce off those Hogwarts-esque walls versus the work-hard-party-hard bustle of university students.

It was in this tough balancing act that I made some good friends and forged genuine friendships with guys for the first time (as someone who went to a girls' school).

On the topic of friendships with guys then, I picked up the theme of platonic friendships between people of opposite genders in this movie. Friendships forged and strengthened in the corridors of educational institutions much like my Upper Campus days. More on this later.

But for those who haven't seen it, here's what The Kissing Booth 2 is all about:

The films are inspired by British author Beth Reekles’ The Kissing Booth. Before Reekles received a book deal, she began publishing chapters of The Kissing Booth on Wattpad when she was just 15. Via the online platform, her manuscript was read more than 19 million times, and the average reader was 31 years old.

Elle Evans (Joey King) just had the most romantic summer of her life with her reformed bad-boy boyfriend Noah Flynn (Jacob Elordi). But now Noah's off to Harvard, and Elle's headed back to high school for her senior year. She'll have to juggle a long-distance relationship, getting into her dream college with her best friend Lee (Joel Courtney), and a new friendship with handsome classmate Marco (TK actor). When Noah grows close to a seemingly-perfect college girl, Elle will have to decide how much she trusts him, and just what — and who — her heart truly wants. Director and screenwriter Vince Marcello returns for this sequel.

It's been said before that long-distance relationships work when both partners want them to. But does that mean insecurities cease to exist? The whole charm of this relationship is that Noah ditched the bad boy persona for Elle. However, Elle isn't convinced this will last in the face of Harvard temptations in all their Ivy League glory and overachiever appeal. With a new attractive boy in school, Elle is seemingly open to distractions to quell her own anxieties about Noah's new gorgeous girl friend. But to someone else, Elle is also a threatening girl friend albeit being blissfully unaware for most of the film.

Rachel (Meganne Young) is Lee's girlfriend, while Elle is Lee's childhood best friend - both fighting for his attention. Rachel. Sigh, Rachel Rachel Rachel. Rachel... is the reason I'm on a 'speak when spoken to' basis with all my guy friends in relationships. This is not because I'm harbouring any resentment towards them or sulking about anything - I'm merely showing their relationships respect by virtue of distance and would hate for their girlfriends to think otherwise. Even when I need help, I'd rather hire assistance than employ their kindness.

Rachel's need for reassurance about her relationship with Lee given that Elle is always around, is a feeling many girlfriends have expressed about their partner's lady friends - some of whom are admittedly spiteful.

Elle does respect Lee's relationship and is rooting for it. There's a scene where she and Lee are going to pick Rachel up for school, and she gets out the front seat of the convertible to push her passenger seat forward so Rachel can have a seat at the back, but that's about as weird as it gets. This front seat topic has been exhausted ad nauseam on Twitter, so you get my point. 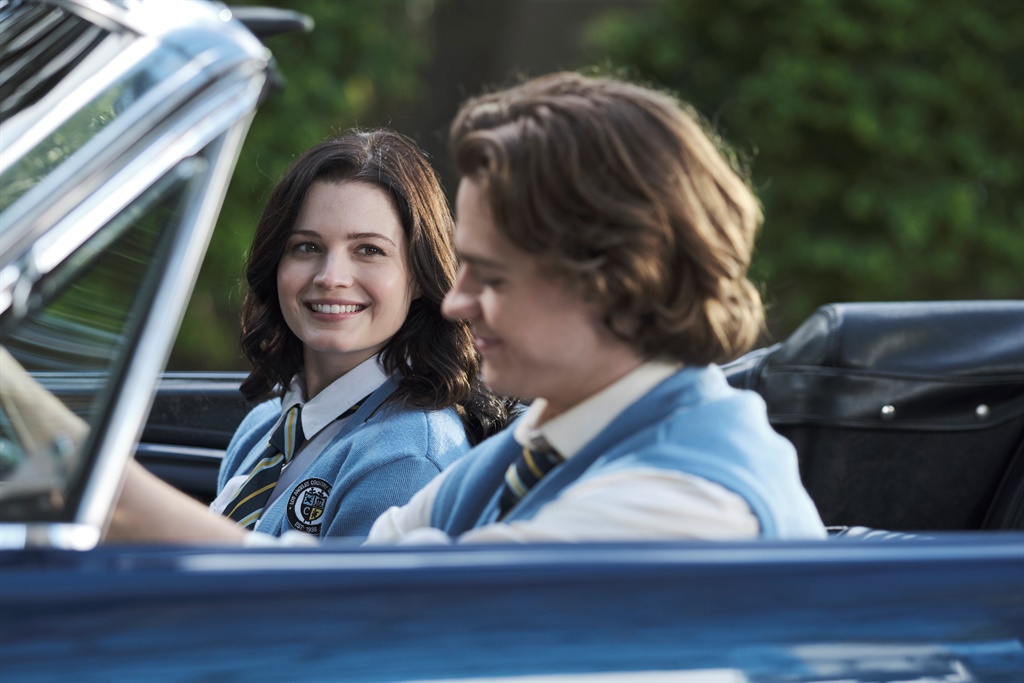 In another incident, dressed as a marshmallow, Rachel has an awful Halloween in the film. However, her alter-ego said that was actually her favourite scene. “I get to lose my temper and have  this outburst,” Meganne said. “I haven’t done a lot of comedy so this has been really great for me to flex those acting muscles.”

READ MORE: Friend zone - Is it possible for a heterosexual man and woman to have a purely platonic relationship?

Chloe - the girl friend in question

Chloe (Maisie Richardson-Sellers) is Noah's Harvard friend and the girl friend I'm trying not be in terms of perceptions. However, she herself also has no ill intentions and only wants the best for her Friend Noah's relationship with Elle.

Her introduction to the film is an act of pot-stirring.

Attractive, charming, dependable, and a presence that rouses excitement among her peers, Chloe is considered a major threat by Elle. And when she finds an earring under Noah's bed when she visits him in Boston, her suspicions are further fueled.

Cinderella. Except it’s my ball and you’re all invited. ? ?? @iamclayofficial

Maisie, who in real life, graduated from the University of Oxford with an archaeology and anthropology degree prepared for The Kissing Booth 2 by taking Italian lessons and training with a champion pool player.

“It was a childhood dream for me to be good at pool, so when I saw that in the script, I was like, ‘Yes!’” she said. In the movie, we see Chloe in a game of pool with Noah, where of course, flirtation is implied, but I'm not here to drop any spoilers.

Meredith - mom to all

Meredith (Molly Ringwald) is Noah and Lee Flynn's mom, who practically raised Elle too. A mediator of teenage conflict, she's also the kind of mom every girlfriend deserves when dating her child (hopefully without meddling too much).

Meredith, is the maternal presence in Elle’s life. Speaking of her on-screen kids, Elle and Lee, Molly Ringwald says “I have this little fantasy about them getting married, because I love them both so much.”

Alas, she's the well-meaning maternal figure who hopes that romance will blossom out of platonic friendship.

The Kissing Booth 2 is currently streaming on Netflix SA.

Get the newsletter
Voting Booth
Do you think it's important to get married in this day and age?
Please select an option Oops! Something went wrong, please try again later.
Yes, it's important in order to create a family unit and for companionship
22% - 704 votes
Not at all. Being single is far more liberating
9% - 288 votes
There is no general answer to this, it's each to their own
50% - 1591 votes
Yes, society still frowns on unmarried people, especially women
1% - 42 votes
It depends on whether you are able to find a compatible partner
18% - 569 votes
Previous Results
Fashion
'Being frugal and spending R550 on my Durban July dress almost ruined my style...