Black women in film: Chi Mhende talks to us about what representation means in the African context The incessant need to find silver linings during this global health crisis we are facing is a pervasive sentiment.

We all need relief from the effects of the coronavirus to our daily challenges. For many, film and television continue to offer this relief. But alongside the pandemic, issues of human rights and equality are fore-grounded as ever before.

So what does this mean for how we enjoy entertainment, how we access the relief in storytelling during these incredibly indeterminate circumstances, both on the counts of the pandemic and social justice.

Can we still enjoy our go-to feel-good shows and films from "back in the day" and manage to stomach the gratuitous hyper-sexualisation of women, the ignorance of characters in the LGBTQ community and the poor character development of black women that have increasingly become vividly clear?

The Black Lives Matter protests have not only once again sensitised the world to the prevailing issue of police brutality against black people, but has also been a catalyst for interrogating the daily choices we make, from what businesses we support right through to what we watch.

While some see the Black Lives Matter movement to have "died down", people continue to share movies and TV shows that have black women as lead characters, writer, directors, producers, cinematographers, and so on.

We often hear about how the Covid-19 pandemic has accelerated events that were already on their way, this can somewhat be said about representation in the film and television industry.

Women, particularly black women, have been carving out spaces for themselves as creators in environments that weren't designed for diverse storytelling.

This year was going to be a great year for cinema, with films such as Nia DaCosta's Candyman, Cathy Yan's Birds of Prey and Niki Caro's Mulan set for release - if we weren't stricken by this untimely infectious disease that rendered theatres unsafe.

As the cliché goes, the show must go on, and it has. Women continue to create and promote their work. But as we navigate what has been dubbed a new normal, how does true representation look like in the "new world". On a broad scale, one can argue that it looks the same, and is yet to be fully realised.

Coronavirus or not, the meaning of inclusion and diversity is what it always was. It goes beyond one supporting actress in an all-men cast, it is more than supporting black characters on the periphery with no development or the stereotypical representations of previously ignored stories.

However, in a local and hyper-local sense, how does true representation look like in film and television? Netflix, a subscription service that is among the dominant paid streaming sites, has attempted a pan-African approach with its successive features of African Netflix Originals content and through its Strong Black Female Leads initiative.

One of the creatives who is part of the Strong Black Female Leads, actress Chi Mhende, briefly unpacks the notion of representation from an African standpoint. She also talks about the value of storytelling to people as inhabitants of this world. 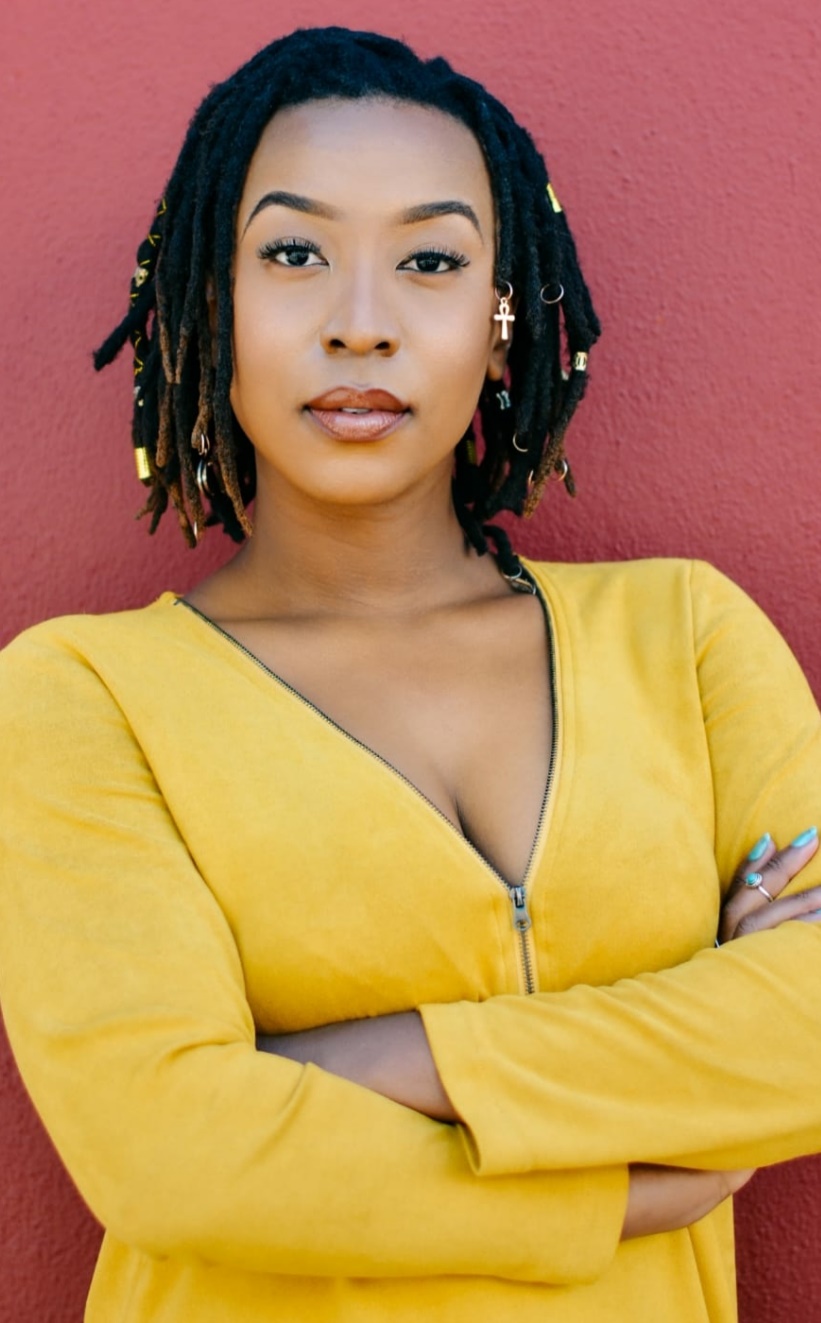 Chi was born in Zimbabwe, studied at AFDA Cape Town and cemented her name in South African television with her role as Wandi Radebe, which is known to be the first written transgender character on African television, on Generations The Legacy. As mentioned earlier, she also stars in the first African Netflix Original, Queen Sono.

Actors are often the most accessible to audiences, simply because they are usually the faces of the film or television show. This is usually our first point of contact with who is represented in the story, our first glimpse of whether the story is diverse or not. But at times, the importance of the work actors, beyond just entertainment, is not giving adequate attention.

"This process, for me, is a constant education on how to not only carry the internal space of another, but to also respect it, grow from it, celebrate it. Only then, is the work complete," says Chi.

So, what impact is left if, for generations, the stories you encounter on your screens don't reflect your stories? Where the powers that be in global entertainment doesn't honour what Chi calls a "sacred way of being" of being an actor and rather produces monotonous storytelling that doesn't reflect the world in its complexity.

"So, representation for me," Chi says, "will highlight inclusion. Children will learn that they are united by the land they breathe, never to again feel divided, excluded by history's once senseless deeds. A history that we all share, and must take responsibility for, by writing it for the world to see. We have long learned the stories of other territories, which is why we want to be there and not here."

Here she alludes to the perception that Hollywood is the holy grail of a career in acting. She says: "Let's treasure ourselves as the world does. The grass can be greener on this side too, we just need to water it more, love working out of Africa more!

"Netflix sees and holds our stories in high regard. So it's now our responsibility to ensure that we continue to do the same. That we do not let go of who we are and allow ourselves to be defined by anything more than what we are. To ensure that the African love story is told, spiritual and sexual practices, rituals, celebrations!

"That the world gets to learn that not every African leader supports LGBT rights, but also how glorious it is that others do! The stories of the men and women overcoming hate, discrimination, how we are still unpacking the wounds of colonisation. Of the women who are our leaders, and the men who stand by them. Of the way we exist multiculturally, of the many languages that we can name," says Chi. She's one of the examples of this with her role in Queen Sono, as Miri Dube - the director-general of the SOG in the series. Tasked with keeping the somewhat rogue Queen in check, Miri's authority clear. The series also features other esteemed actresses, with Pearl Thusi playing Queen Sono and Kate Liquorish as Ekaterina Gromova.

However, even when previously neglected characters are shown in film, there's something to be said about how the messaging is received by the audience.

Chi says: "I am often intrigued by the use of the words dominant and strong when unpacking the journey of a female character. It implies these are qualities that are learned and not natural to us.

"We don't ask men about the process of managing strength. That conversation became one of the tools that allowed me to carry the contradiction in Miri's body - a natural leader, sexy, confident, powerful, but alongside a tight uncertainty and discomfort there is sadness about her and she doesn't seem ready to let that tension go."

When the representation of African stories are concerned, what are the ways in which we can move forward?

Chi says: "Folks see Hollywood as the holy grail, the space that can hold the actor's dream. I too believed in only this, as a child; but today our work is being seen in that Hollywood, in 190 other countries too. We did that! In our own backyard, Hollywood has come to us."

She adds: "In Shona they say kudzidza hakuperi [one never stops learning], that is if you remain open to receive it. This taught me to never take my ability to teach through my art for granted. Teaching self and standing for another!"

We live in a world where facts and fiction get blurred
In times of uncertainty you need journalism you can trust. For 14 free days, you can have access to a world of in-depth analyses, investigative journalism, top opinions and a range of features. Journalism strengthens democracy. Invest in the future today. Thereafter you will be billed R75 per month. You can cancel anytime and if you cancel within 14 days you won't be billed.
Subscribe to News24
Related Links
Taraji P. Henson rejects 'strong black woman' label - 'We don't magically rebound from pain'
'Why I watched the Poppie Nongena film despite my disdain for the industry's repetitive and lazy...
French film about a lesbian love story features no men - cast and director explain why
Next on Life
Based on your star sign, which Sex and the City character are you?