Not headed out tonight? Here are 6 TV shows to binge watch instead 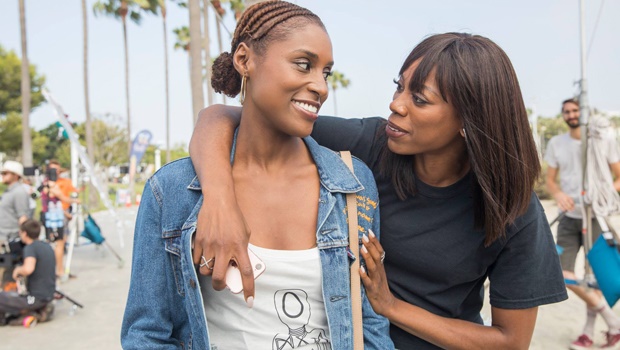 Exhausted from the week and not keen to mingle this weekend?

Don’t fret. We’ve got a list of great shows to watch.

Now these are 6 quite different series, so pick one that you’re really in the mood for and dig in.

If you're in the mood for relatable characters and an honest look at what it is to be a black woman...

It stars the incredible Issa Rae as Issa and takes a look at how the modern black woman navigates life, love and everything else. You also get to meet her group of entertaining friends which include her best friend Molly who might be a successful lawyer but the girl is a mess. It tackles a variety of social and racial issues that will make you think about your every day life in a new way.

If you're in the mood to laugh while you rethink life's serious challenges...

This delightful Australian series stars comedian Josh Thomas as a 20-something guy just beginning to discover who he is, what his sexuality means and what he wants to do with his life while dealing with a break up, his mother’s mental health issues and the drama that comes with trying to be a functioning adult.

The show deals with some serious issues (like suicide, self harm, abusive relationships and abortion) but does so with a kindness and humour that will have you laughing but also change the way you see these issues.

If you're in the mood for a time away from your brain but with some really inspiring moments....

YAAASSS GAWD! If you love watching over the top shenanigans then you’ll love this. There are 9 seasons of drag queen eleganza to behold and it is fabulous. Hosted by the amazing RuPaul, the show has varying amounts of drag queens each season competing against each other to be America’s next drag superstar and the result is just incredible. You can see drag queens in and out of drag, you can see them doing their make up, you can see the ladies fight with each other and also be really supportive.

Plus there are all those challenges where they have to create outfits from scratch and the stuff they come up with is just awesome.

If you're in the mood for edge of your seat entertainment....

Now there are currently two seasons of this show. The first is called The People v O.J. Simpson: Amercan Crime Story which is obviously about OJ and his trial and the way it shocked America. Filled with amazing performances from Sarah Paulson and Cuba Gooding Jr, you'll get an amazing insight into what the prosecutors went through during the case and what was going through the mind of OJ as he went through the trial.

The second is The Assassination Of Gianni Versace: American Crime Story and focuses on the murder of the famous designer back in the ‘90s. You’ll get a more focused look on Andrew Cunanan, the man who murdered Versace and you’ll see amazing performances from the likes of from Ricky Martin and Penelope Cruz.

If you're in the mood for some eye candy with your fantasy...

If you like Harry Potter with a bit of a Gossip Girl and Buffy the Vampire Slayer feel, then this is the show for you. It follows a group of students who are at a magic school who discover a world akin to Narnia and learn about how magic isn’t just waving a wand and making things go poof. Plus all the people are really pretty so you'll have eye candy too.

If you're in the mood for some Denver with your Fargo...

Drew Barrymore plays one half of a realtor couple who suddenly dies and then she comes back to life with a taste for human flesh. Now this might sound quite gory and a little Walking Dead for your taste, but believe me it’s not. It’s actually quite funny and if you enjoy Drew’s quirkiness you’ll love her in this as she goes around killing the neighbours with her onscreen husband so that they can ensure she doesn’t go completely evil.

We live in a world where facts and fiction get blurred
In times of uncertainty you need journalism you can trust. For only R75 per month, you have access to a world of in-depth analyses, investigative journalism, top opinions and a range of features. Journalism strengthens democracy. Invest in the future today.
Subscribe to News24
Related Links
The 7 biggest lies rom coms have told us about love
16 celebrity pairs who’ve played onscreen couples more than once
10 TV couples who show us just how toxic relationships can be
Next on W24
Top 10 greatest must-see fashion films for every style enthusiast