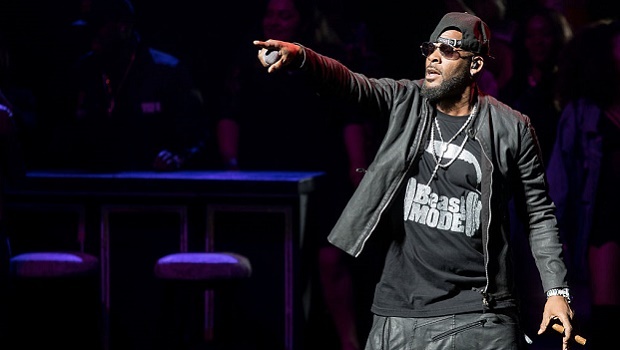 R Kelly has long been rumoured to be an abuser and sexual predator. These allegations from various women over many years, as well as his child pornography charges, have led to calls for R Kelly’s music to be muted with the hashtag #MuteRKelly. The hashtag went viral and the number of requests for him to be removed from all streaming sites have spiralled.

Now, the reported abuse is going to be recounted in a new Lifetime docuseries called Surviving R Kelly.

The trailer features footage of Kelly performing onstage while voiceovers about the allegations against him play over it. The footage of his arrest on child pornography charges is also included, along with a description of the allegations that he holds women in his home against their will.

READ MORE: R Kelly releases new confessional song: here’s what he actually admits to vs what he’s been accused of

The trailer also gives the opportunity for several of his accusers to have their voices heard as many of them are featured in the short, two-minute clip.

Several women describe the trauma they’ve experienced as a result of the abuse and it’s already intense to watch just this short clip.

"There’s a difference between R. Kelly and Robert," one woman says in a voiceover. "R. Kelly’s this fun, laughing, loving guy. But Robert… is the devil."

Brie Miranda Bryant, Lifetime’s senior vice president of unscripted development and programming, told Variety that the last year has shown “the tremendous power of women’s voices when given the opportunity to share their truth.”

"But there are important stories still untold, stories of bravery, resilience and defiance that demand to be heard," Bryant added. "This is one of those stories."

No word on when the documentary will be available in South Africa, but it will air in America on 3, 4 and 5 January 2019.

We live in a world where facts and fiction get blurred
In times of uncertainty you need journalism you can trust. For only R75 per month, you have access to a world of in-depth analyses, investigative journalism, top opinions and a range of features. Journalism strengthens democracy. Invest in the future today.
Subscribe to News24
Related Links
R Kelly releases new confessional song: here’s what he actually admits to vs what he’s been...
Audiences will still watch problematic men in movies - study finds
It's time to delete Marvin Gaye and R Kelly from our music libraries
Next on W24
Top 10 greatest must-see fashion films for every style enthusiast