"My husband is a social media troll" 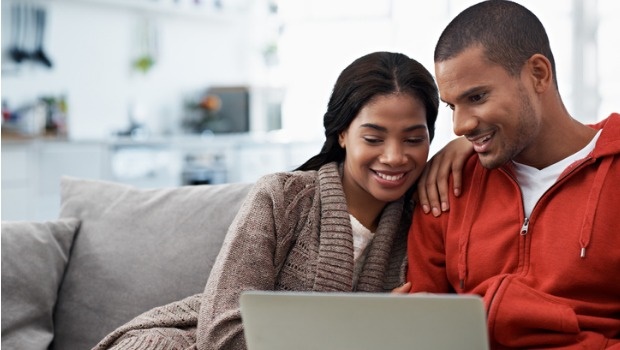 A couple browsing the internet together.

Dating in the 21st century is trickier than ever. There’s a lot of expectation to present the best version of ourselves, particularly if the medium through which we’re approaching dating is a dating app or online matchmaking sites.

It got me thinking about the many layers that we often present and whether your online persona matches the one IRL. And the same applies for your partner.

If you’ve been keeping up with popular reality TV shows, The Bachelor/Bachelorette (we’ll be getting our own version in 2019), Becca Kufrin, the latest bachelorette has finally made her choice in partners, which is Garrett Yrigoyen.

He wasn’t a popular choice for many viewers, who actually preferred the runner up, and it turns out that they had very good reasons for their reservations.

Bustle.com reports that when the season first started airing, Garrett actually liked various posts which were targeting undocumented immigrants, the LGBTQIA community and feminists to mention but a few.

He has, of course, now that it’s become public, apologised for it, and it's interesting that Becca has chosen to stand by him.

Especially when you think about how the kind of pop culture and social media you consume and lean towards says so much more about your value system than you think.

Liking or retweeting a post is often construed as an endorsement and agreement with the sentiment that’s being expressed. Including when it's derogatory towards a marginalised group. You don’t like posts like that by accident.

So what happens when your partner is exposed as a troll?

For example, in this depressing instance a pregnant woman who regularly frequents Reddit discovered that her husband was trolling and harassing people – particularly women – online.

Jezebel reports that the woman actually confronted her husband about the harassment and that his response to why he trolled people was because he felt that it was a stress-relieving outlet. He also added that he didn’t really see “online people” as being real and views trolling as a big joke.
Yikes.

The woman eventually asked her husband to go for counselling or separate from her and, he unsurprisingly chose to leave her instead.

There have been many cases where women have discovered that their perfectly polite partners have created separate accounts and identities and used those to troll people for a variety of different reasons which includes commentary on appearances, fat-shaming, racism and other forms of bigotry.

So would this be a relationship deal-breaker? Would you date someone who is nice offline but vicious online? Which part of them is the true version of themselves?

Of course every relationship is different, so what you consider a deal breaker could be vastly different from another's. A good question to probably ask yourself here would be: Would you condone this kind of behaviour off line?

Have a story about dating someone who trolls people online and would like to share it with us? Send us an email.

We live in a world where facts and fiction get blurred
In times of uncertainty you need journalism you can trust. For only R75 per month, you have access to a world of in-depth analyses, investigative journalism, top opinions and a range of features. Journalism strengthens democracy. Invest in the future today.
Subscribe to News24
Related Links
Will Instagram and Facebook’s new feature change our scrolling habits?
Is being Instagram official the new Facebook relationship status?
Would you let your friend play matchmaker with this app?
Next on W24
Luxury and misinformation: Inside the TikTok controversy about Chanel's pricey advent calendar