What if your Uber driver knew you were drunk before you even got into the car? 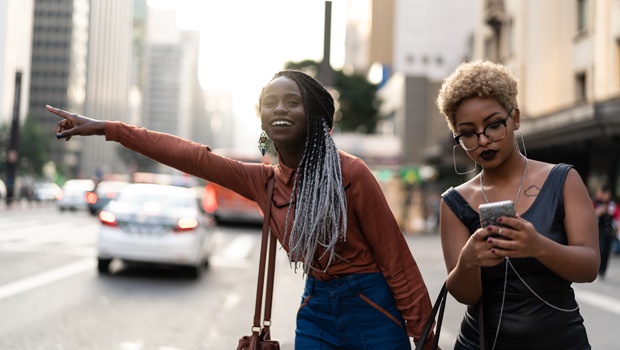 So you’ve gone out with your friends and you’ve had a few drinks and might be a little drunk, but you’re not worried because you can call an Uber to take you home.

But what if your driver knew you were drunk before you even got into the car? Well, Uber is trying to patent a new technology that will be able to tell if you’re drunk or sober based on the way you use the app.

According to The Washington Post, Uber has a pending application with the US Patent and Trademark Office for the technology that will help Uber to tell drunk riders apart from sober ones. The idea is reportedly in its early stages and there are no immediate plans by the company to use it as described in the application, but the fact that Uber is considering this technology is a little worrying.

The process starts from when you request a ride and the data gathered at that point will be compared to data from previous trips. This includes typos and the angle at which you hold your phone.

The patent application says that it will then use that information to match you to a certain driver, or no driver at all if your behaviour seems very unusual says Hello Giggles.

So if you make one too many typos and you hold your phone in a way that's unusual, then you could trigger something called a “trip variation” and these variations in behaviour could mean that you’ll only be matched with certain drivers or alert the driver that you could be a little sloshed. Or it could even lead to modifying your drop-off or pick up locations to “areas that are well lit and easy to access.”

And while this seems like a good thing for drivers so that they’re safe from possibly belligerent or dangerous drunk riders, there are some concerns about this potential new feature.

Firstly, that Uber is recording this much information about you is worrying. What else could they do with this information? Could they sell it off to third party applications as well?

And what about people with disabilities or injuries that prevent them from using the app like an able-bodied person? Are they now going to be deterred from using the app because they make too many typos or hold their phone in a different way?

And then there’s the risk that potentially drunk drivers won’t bother with Uber and rather risk getting behind the wheel so as not to deal with the hassle.

Plus, does this mean you’ll now be treated differently by your driver? I’ve been in one or two Ubers where I’ve had a bad experience with a driver simply because one of us was in a bad mood or they got the information wrong. If your driver knows that you’re drunk, this new feature seemingly gives them the power to hold that against you (or potentially take advantage of you) which isn’t great either.

Jodi Page, an Uber spokesperson in the US, told Washington Post that not all their patents make it to become products or features. W24 reached out to Uber South Africa as well for comment, but they were not immediately available.

Using Uber when you’ve had one too many is the responsible way to have fun, but Uber using that to their advantage may not be great for their riders.

What do you think? Chat to us here.

We live in a world where facts and fiction get blurred
In times of uncertainty you need journalism you can trust. For only R75 per month, you have access to a world of in-depth analyses, investigative journalism, top opinions and a range of features. Journalism strengthens democracy. Invest in the future today.
Subscribe to News24
Related Links
'I'd like a female driver please' - would this improve our safety when we use Uber/Taxify?
10 Times you SHOULD use your Uber in-app Help Feature
8 things you need to know if you want to drive for Uber
Next on W24
‘This image has been digitally altered’: disclaimer labels are meant to protect viewers’ body image, but do they work?

Subscribe to newsletters
Voting Booth
Have you ever purchased a fake luxury/designer item?
Please select an option Oops! Something went wrong, please try again later.
Yes, I believed it was authentic
7% - 398 votes
Yes, I didn't want to spend that much money on the original item
20% - 1147 votes
No, I always shop at reputable stores
13% - 755 votes
No, I don't wear designer clothing
60% - 3453 votes
Previous Results
Fashion
Would you consider thrifting a holiday gift for your loved one? This is what you...