A repurposed purpose: How one man changed a community W24 arrived at a humble home in Sonata Street, Retreat, to find a group of men fervently lifting planks of wood in a space packed with freshly constructed furniture. The smell of sawdust filled the air as we shook hands with Paul Talliard, a cheerful gentleman who rebuilt himself after going off the rails thanks to drugs and alcohol.

Paul is the founder of Hands of Honour, which he labels a “new breed of charity”. “We don’t ask for handouts,” says Paul.

Paul now has well over 50 staff and won a string of awards, but he travelled a long, arduous road to reach that point.

The organisation aims to reduce poverty and unemployment by taking men off the streets, and offering them jobs as carpenters or manual labourers. The philosophy that Paul imparts to them is that they can only uplift themselves by giving back to their community. “These men are in need and the way to get out of poverty is by giving of themselves back to the community. I’ve seen many success stories,” he says.

Hands of Honour focuses on the production of new pieces of furniture through upcycling previously used furniture provided by corporations, and obsolete stock from retailers. Paul now has well over 50 staff and won a string of awards, but he travelled a long, arduous road to reach that point.

As a young man, Paul forged a career as one of South Africa’s first firefighters of colour. However, he went from fighting to save lives to fighting for his own life when he was introduced to crack cocaine. Within a year, he had lost his house and his job.

After many failed attempts to find work with other fire departments (he had now become infamous due to his drug use), Paul was unemployed. Desperate, he says he would sometimes “walk (nearly 10 km) from Retreat all the way to Kalk Bay to get into the nicer soup kitchens there.”

I walked into this soup kitchen one day and it was very well organized. The people were friendly and it didn’t feel clinical when they talked to you

One soup kitchen in particular, however, totally knocked his socks off.

Weighing just 55kg, brought about by the devilish brunt of TB, Paul stepped into the Ngedi Soup Kitchen. Here, he gained more than just a full belly. “I walked into this soup kitchen one day and it was very well organized. The people were friendly and it didn’t feel clinical when they talked to you,” says Paul.

Read more: Find out how you can help to fill a hungry tummy with a hot meal

Food was not just carelessly slopped into paper plates by unconcerned attendants. Starters, main meals and even dessert were presented with care in porcelain crockery. It was quite evident to Paul that the kitchen was rigorously structured to give its beneficiaries a hearty experience.

After his mother’s death, Paul’s home became known as a “tik house” where junkies would gather to do drugs. “The admission fee was a bottle of booze or buttons,” he says. His neighbours would no longer speak to him after discovering his endeavours, and wrote to the municipality in an effort to put a stop to it. When his family found out, they unsurprisingly wanted to put the house up for sale.

I saw that sons, fathers and grandfathers were all sitting there. This wasn’t good for society.

Luckily for Paul, Glenda Hendricks from the Ngedi Soup Kitchen came to his rescue. She took him under her wing and within three weeks he was clean. He began working at the soup kitchen, and one day Glenda looked at the large amount of men at the soup kitchen, turned to Paul and said, “Don’t you want to do something?”

Then he gazed across the kitchen and “I saw that sons, fathers and grandfathers were all sitting there. This wasn’t good for society.” This was when Paul came to the realisation that it was time for change.

With the hope of sparking a movement to better not just his own life, but that of other downtrodden men in the community, he asked 150 men to stay behind after a meal at the soup kitchen. Even though only eight men remained, it was the start of a life-changing project for him and his comrades.

In 2011, Hands of Honour became a registered charity. Unfortunately, government funding for small, township NPO’s was scarce and Paul, together with the 50 other men who met every week, struggled to find a solution. That was until Paul did some online research and discovered Life Co UnLtd who trained him in the ways of starting a business.

“That’s when I had a light bulb moment and realised that we could use these business solutions to solve the problem,” says Paul. As a result, half of the business’s profits are reserved for aiding the community while the other half pays the staff.

In their day-to-day operations, Hands of Honour helps rebuild communities by revamping negative spaces into positive ones. Paul lovingly displays a notice board decorated with photos of these spaces, including the Steenberg Scouting Hall, which was given a facelift for Mandela Day.

Some of them do end up going back to the soup kitchens or getting other jobs, but I think doing this helps them see the good they can do

He admits that some men do go astray after being involved in such assignments: “Some of them do end up going back to the soup kitchens or getting other jobs, but I think doing this helps them see the good they can do.”

Although renovating spaces is a crucial aspect of the organisation’s activity, their most celebrated creation is the Angel Book Nook. The product is a space-saving, folding book corner, partly manufactured with recycled materials. When opened, it reveals not only a book shelf, but a puppet show stage, blackboards and a makeshift desk.

Read more: You can build a bookcase with these 8 tools 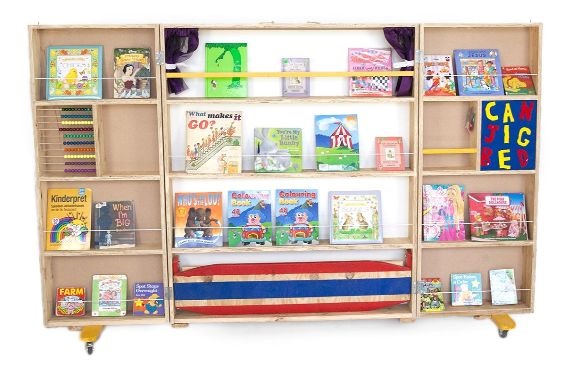 The innovative design received international recognition by winning the Swarm Vision 2016 Early Childhood Education campaign. However, Paul has recently collaborated with an expert in childhood development to modify the design for the sake of enhancing children’s experiences in Early Learning Centres. 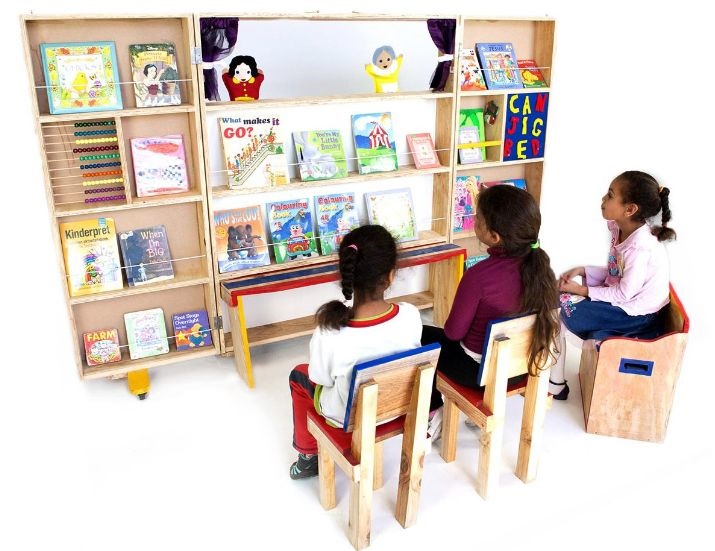 The Angel Book Nook, selling at R3000, forms part of the Angel Learning Range, which also includes the Angel Classroom and Angel Activity Desk. Paul was pleased to say that these furniture items have made a difference in schools, where it broke his heart to see that pupils did not even have shoes to wear.

This goes to show the magnitude of his generosity and his empathy for those that are suffering with dire circumstances. His respectable character was honoured when he won the Spark Changemaker of the Year award in 2014.

Read more:  Always wanted to help? Here’s how to get started!

If you would like to join him in his quest for positive change, you can donate funds to Hands of Honour by clicking here. Go on, it’s never too late. Every bit helps.

If you’d like to get involved more directly, then go to the For Good website to learn about how you can be a volunteer.

- What could you possibly teach a principal?

We live in a world where facts and fiction get blurred
In times of uncertainty you need journalism you can trust. For only R75 per month, you have access to a world of in-depth analyses, investigative journalism, top opinions and a range of features. Journalism strengthens democracy. Invest in the future today.
Subscribe to News24
Next on W24
5 items you must have if you want to DIY during lockdown