These are the most popular #Instahoods in South Africa 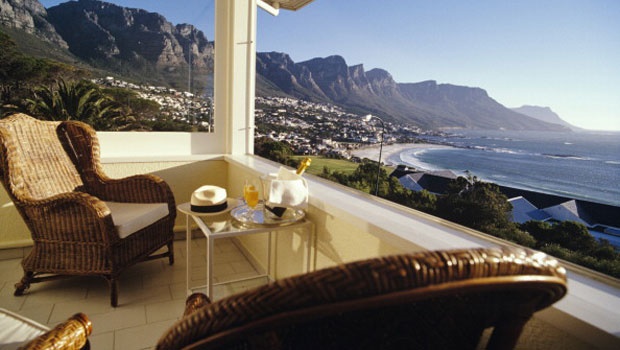 It should come as no surprise that Cape Town was the most Instagrammed city in South Africa in 2016, considering it has some of the most photogenic landmarks on the continent.

This report not only looked at how many times each city was posted, but also the most frequently posted about neighbourhoods and restaurants within those cities.

Camps Bay led the pack as the most hashtagged neigbourhood in South Africa, because who doesn't enjoy taking a snap of their cocktail with the sunset in the background at Cafe Caprice?

Other most Instagrammed neighbourhoods included Hout Bay, Constantia in Cape Town and Sandton in Johannesburg. You would think Braamfontein would have had a higher ranking given that it's a millenial creative hub just buzzing with social media activity. However, beloved Braam was only Instagrammed 613 times in 2016.

Maybe Capetonians have a sweeter tooth than we thought because Crumbs and Cream bagged the most hashtags in the restaurant category, while Durban's award-winning Oyster Box added "Most Hashtagged Restaurant in Durban in 2016" to its list of accolades. Aesthetically driven social apps such as Instagram have been proven to have a major influence on people's lifestyle choices and consumer behaviour, which is probably why PropertyFox took their research further by taking a look at some of the most affordable suburbs close to your favourite Instahoods.

The research showed that proximity to the "it" suburbs was more financially viable for some than actually living in neighbourhoods such as Clifton, Rosebank and Umhlanga Rocks.

With the option of going luxury label shopping at Sandton's Diamond Walk, there's definitely no denying the fact that the likes of Sandton and Umhlanga are Fancy Nancy AF.

I remember when I took a mini vacay in Umhlanga early last year and suddenly my Instagram looked a little brighter. It was a no-brainer to experience the array of fine dining options along Chartwell Drive and surrounding areas, where I made this post: So there are probably other hashtags you've used and you must be wondering where they fit in all this research. You don't need to be in a top Instahood when you hashtag #Homesweethome and that's probably why it was used 5105 times in 2016.

Have a look at these other interesting stats as inspo for your next post: 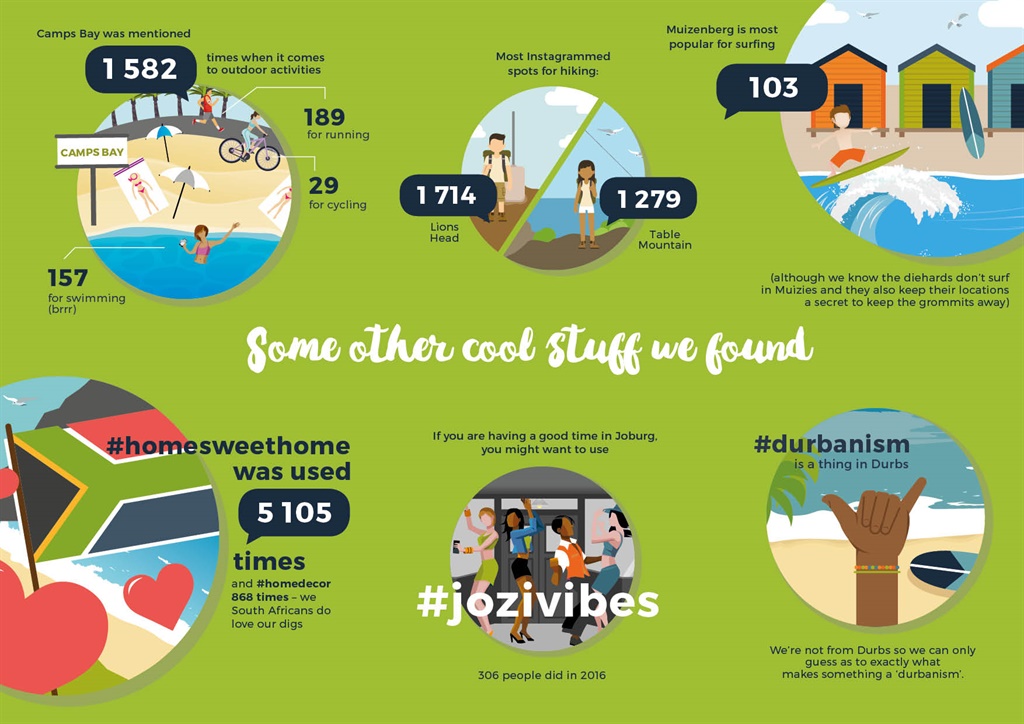 Image: Supplied
We live in a world where facts and fiction get blurred
In times of uncertainty you need journalism you can trust. For 14 free days, you can have access to a world of in-depth analyses, investigative journalism, top opinions and a range of features. Journalism strengthens democracy. Invest in the future today. Thereafter you will be billed R75 per month. You can cancel anytime and if you cancel within 14 days you won't be billed.
Subscribe to News24
Related Links
Here’s what R80 million will get you in Joburg vs Cape Town
You’ll want to buy this R30 million Melrose North home immediately
This Camps Bay house is the reason I need a level 4 blesser
Next on Life
These are the top 10 honeymoon destinations for 2022