Are you self-sabotaging your next possible relationship? 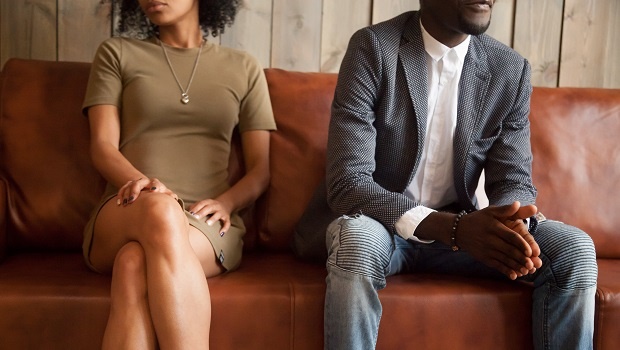 I used to tell my friends that selective amnesia is the number one reason people go back to their exes. I'm not a relationship expert but I define selective amnesia as only remembering all the good times you had with your ex and choosing to ignore the bad. Which, lets face it is often the core reasons the two of you broke up in the first place.

I saw it in friends and family, people would cling onto the good old memories and would end up being led astray.

According to relationship and executive coach, Shelley Lewin people tend to hold onto good memories because they have a very low sense of self-worth, "The idea for me is that when someone has no self-worth, what happens is they become fearful that they won't be able to find another relationship or they won't find a partner of equal value from the previous."

This is despite the fact that their previous partner was good or bad for them as people often seem to hold onto a partner as it's a direct measure their self-worth.

READ MORE: Should we trust ourselves during the relationship honeymoon phase?

Most of the time it has to do with people not wanting to be failures or not wanting yet another failed relationship. "It almost feels to them like, 'I'm a failure because I couldn't make this relationship work', which is totally ridiculous because the whole idea of dating is to see if someone is a good match for you or not," explains Shelley.

Paula Quinsee who is also a relationship expert and life coach elaborates by saying that people may also have unresolved issues as to why and how the relationship ended. "It means there's unfinished business or there was no closure," she explains. If you don't have clarity on why the relationship ended, you may find it difficult to move on, especially if you felt that things were going well.

Clinging onto these old relationships is not unhealthy, but also has consequences that people may not realise at first. One of the major consequences that both Shelley and Paula say one shouldn't ignore is that holding onto the past means you are not moving on. "Even if there might be someone out there who is available, a better match and would be a good partner, they are closed off to it," explains Shelley.

READ MORE: What is pre-dating - and should you be doing it?

Furthermore, the more you hold onto your previous relationship the more likely you will be stuck and "potentially be self-sabotaging yourself in the next relationship because you are comparing your new partner to your old one.

You don't have to hold onto old relationships. There's more to life than your previous relationship. Here's how you can move based on advice given by Shelley Lewin and Paula Quinsee:

Value and love who you are and show that you have something special
Relationship and executive coach, Shelley Lewin

Letting go doesn't mean forgetting. It is quite the opposite. Paula explains that letting go means appreciating your ex and the relationship you had with them, the role they played in your life and the good memories as well as acknowledging your relationship for what it was. In order to move on you need to start fresh. Shelley advises you to unfriend your ex on social media, delete them from your phone so that you are not constantly checking what they are doing with their lives.

Don't jump into a new relationship simply for the sake of being in a relationship. Shelley says that you need to take your power back by becoming your own best friend again. "Value and love who you are and show that you have something special to offer" she says. Paula says you need to,"Rebuild your relationship with yourself and your identity so that you don't lose yourself in the next relationship."

Find new hobbies and interests. Take the time to meet new people and most importantly don't hang around in the same environments you frequented in your previous relationship, "because you will constantly have reminders," says Paula.

4.  Re-evaluate what you are looking for in a life partner

Holding onto your ex is like putting your life on pause. Start focusing on yourself and live a happier and freer life. Chances are your ex is making new memories and not pinning away like you are.

We live in a world where facts and fiction get blurred
In times of uncertainty you need journalism you can trust. For 14 free days, you can have access to a world of in-depth analyses, investigative journalism, top opinions and a range of features. Journalism strengthens democracy. Invest in the future today. Thereafter you will be billed R75 per month. You can cancel anytime and if you cancel within 14 days you won't be billed.
Subscribe to News24
Related Links
Ariana Grande's fiancé got a bunny ears tattoo as a declaration of his love for her - romantic or...
Do you have to be friends with your ex?
Should you tell your friend that her partner is cheating?
Next on W24
‘I was in a situationship with a man 10 years younger for over a year. Here's why I kept it secret’